Would you give up booze, money, and sex to be happy?

Would you give up booze, money, and sex to be happy? Aged 26, Bjorn Lindeblad was on the path to success with a a stellar career and enviable lifestyle. Then he gave it all up… to become a forest monk

I MAY BE WRONG

What a wonderful title! If reading lots of books teaches you anything, it’s that everyone thinks they’re right pretty much all of the time.

So how magnificently disconcerting of this Swedish former forest monk to admit to doubts, even profound ones, first off. His book is a multiple prize-winner across Europe, and you can quickly see why.

Lindeblad was a fairly typical product of the Swedish system: brighter than average, more ambitious than average and, armed with a sharp suit, a briefcase and a good economics degree, clearly going places. 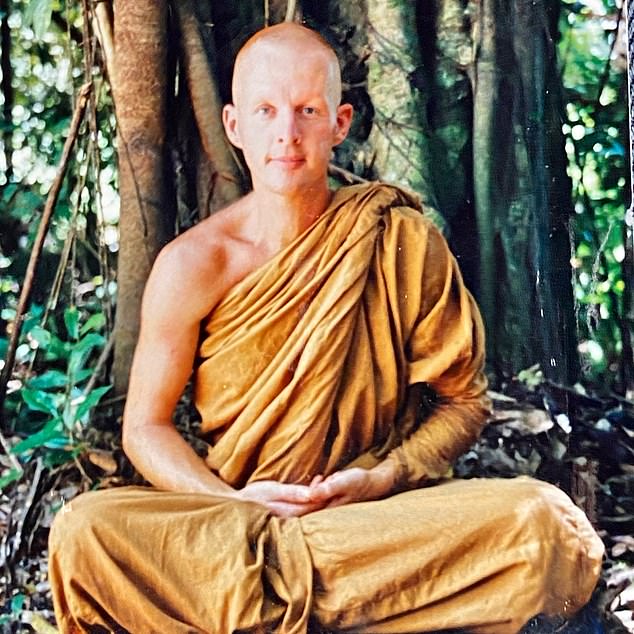 Björn Natthiko Lindeblad (pictured), who spent 17 years as a Buddhist monk shares his wisdom in a new book

At the age of 26 he was working for a multinational company, had been transferred to their Spanish office, had a company car, a secretary and regularly flew business class. But he was pretending, pretending to be interested in economics, pretending to give a monkeys about his job. ‘I think almost everyone who has ever appeared outwardly successful has also eventually realised that’s no guarantee of happiness.’

I’m not sure I would agree. I know men who have endured the same jobs for 40 years, hating every minute, doing it just for the money.

But Lindeblad was already an enviably clear-thinker about life. ‘A job . . . has to nourish and stimulate some deeper part of our being. That type of nourishment is rarely derived from success. Rather, it comes from feeling connected to the people you work with, feeling that your work has meaning, that your talents are somehow making a difference.’

Then one day he started meditating. He had heard it helped, although he found it perilously difficult to silence the endless foolish and negative thoughts in his head. But as he did so, one thought came to the forefront.

The thought was this: ‘It’s time to move on.’

So he did. He chucked in his job, went travelling to the Far East and, to cut a long story short, ended up as a novice monk in a Thai forest monastery, where he shaved his head and got used to rising at 3.30 in the morning for the first bout of morning meditation. They used no money there, and for food had to rely on the generosity of nearby villagers, who fortunately all held the monks in very high esteem.

There was no modern technology — no internet, no smartphones — and monks had to refrain from sex (even with themselves) and alcohol, although I’m happy to say they did get the occasional cup of tea. (Imagine life without tea: I’m not sure I can.) 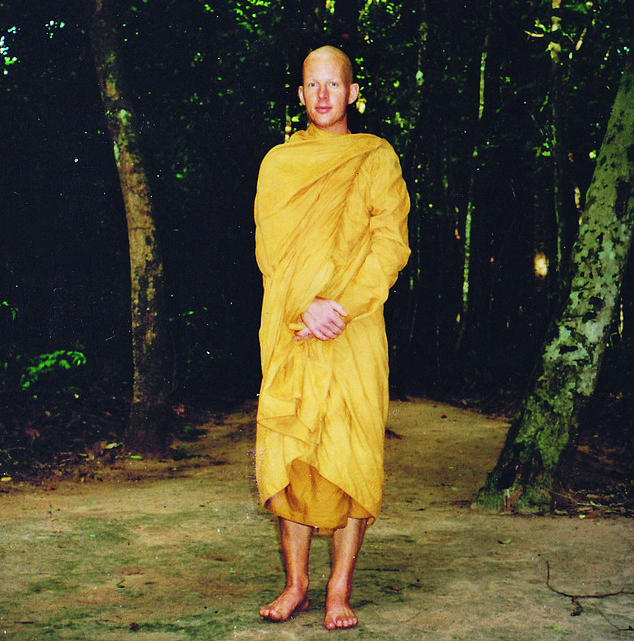 After a few years in Thailand, Lindeblad (pictured) became a monk at a Thai monastery in England, then moved to Switzerland, and then gave up his robes and moved back to Sweden

It was a simple but happy life, focusing on meditation, simplicity and ethics. Given the new name ‘Natthiko’, which means ‘One who grows in wisdom’, Lindeblad seems to have adjusted easily to his new life, even though, for several years, he found meditation very challenging, and had a particular problem staying awake during any session of any length.

Others had the same problem. One monk tended to walk around while meditating, but found he could fall asleep standing up. Now, there’s a skill worth acquiring.

As befits someone who spent 17 years as a Buddhist monk, Lindeblad talks a lot of good sense. ‘In the western world, not least in business, I’d been told that intellect trumps virtually everything. But here, I was given convincing proof of what I’d long suspected — that we humans have so many other resources at our disposal, too. There exists an intelligence that isn’t confined to our heads, and we would do well to turn to it more . . . for the first time in my life, I felt the world agreed with me about what was important: being present in everything you do. Telling the truth. Helping each other. And trusting silence more than chattering thoughts.’ He says it was ‘like coming home’.

I May Be Wrong is no self-help book, but it contains more wisdom and will do more people more good than the complete works of Paul McKenna.

After a few years in Thailand, Lindeblad became a monk at a Thai monastery in England, which was a different sort of challenge, then moved to Switzerland, and then gave up his monkish robes and moved back to Sweden. 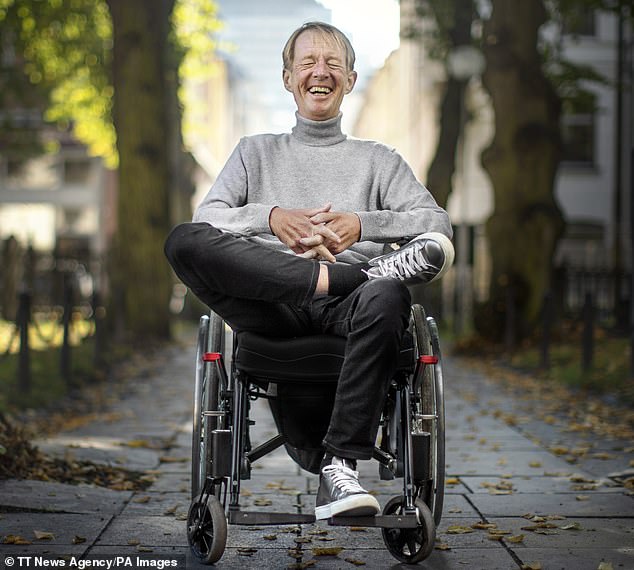 Björn Natthiko Lindeblad (pictured) was diagnosed with ALS in 2018, but just accepts it as his bad luck as he accepted his previous good luck when it came

He suffered a profound depression for 18 months and could do nothing, beyond feeling what a failure he was. He had dedicated half his life to deepening, understanding and developing himself as a person, and for what? He didn’t have a job, he didn’t have a girlfriend, he didn’t have any hope, and only through meditation could he still his teeming, negative thoughts.

So when his money ran out, he began teaching the art of meditation, and found many willing pupils. Eventually he was called upon to write this book, which has been a bestseller in Sweden and is now being translated into every known language. Then in 2018 he was diagnosed with ALS, or motor-neurone disease as we better know it.

It’s a cruel, incurable condition, which rapidly takes away your ability to do anything at all, but Lindeblad isn’t bitter or angry. He just accepts his bad luck as he accepted his previous good luck when it came. He comes over as a wondrous man who has lived a good life, and what better can be said for anyone? 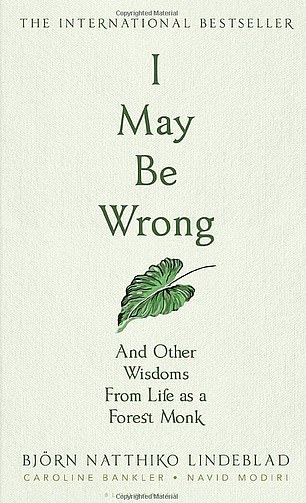 I MAY BE WRONG by Björn Natthiko Lindeblad, Trans. Agnes Bloomé (Bloomsbury 256pp, £16.99)

Finally, that title. The monks were engaged in an all-night meditation session and, as usual, Lindeblad was struggling to stay awake. One of the novice monks brought in a cauldron of hot sweet coffee: a godsend. Then the abbot of the monastery, Ajahn Jayasaro, stood up to make a speech. ‘Tonight,’ he said, ‘I want to give you a magic mantra.’ The monks were taken aback: the forest tradition rejects anything to do with magic and mysticism.

But Jayasaro continued: ‘The next time you sense a conflict brewing, when you feel that things are about to come to a head with someone, just repeat this mantra to yourself three times, sincerely and convincingly, and your worries will evaporate, like dew from the grass on a summer morning.’

He leaned forward, paused for effect and then said: ‘Here’s the magic mantra:

This is a book of some brilliance, although, of course, I may be wrong.