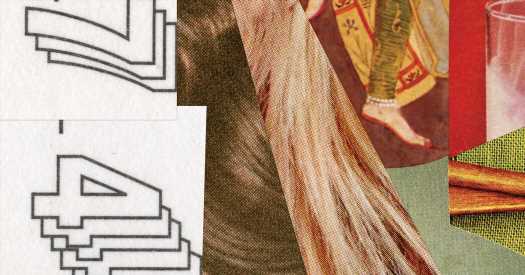 Willa Chen is the 24-year-old caretaker for 9-year-old Bijou Adrien, though Wu’s novel sometimes frames Willa herself as a young child. Often she speaks quietly or not at all. Growing up half Chinese and half white in New Jersey, she stands out in a way that draws casual racism (at the mall, her classmates “asked if the man handing out teriyaki chicken samples was my cousin”); but she simultaneously fades into the background, an outsider excluded from her peers’ easy assumption of normalcy.

Willa’s sense of unbelonging is deepened by her parents’ divorce and the separate families they start with their respective new partners, leaving her dangling between half siblings. The novel features achingly copious descriptions of food, and bruising scenes of meals Willa shares but seldom enjoys with those she wishes to be closer to: her parents, Bijou, Bijou’s mother. Occasionally the narrator’s circling obsession with food weighs down the narrative, but the overall effect conveys how fraught basic functioning can be for Willa, who feels she fits in nowhere.

An undercurrent of hazy resentment runs through the novel, which charts Willa’s nine months of nannying for the well-meaning but often clueless Adriens in TriBeCa. First she secretly tries on her boss’s clothes, and then, while out at a bar one night, she tries on her boss’s identity. Soon Bijou’s uncle enters the picture. He muddies the waters by provoking Willa, eliciting in her fleeting thoughts about becoming part of the Adrien family. Toward the end, Willa’s insistent quietness begins to seem willfully unyielding, even as it also grows wistful: “I was so good at being quiet, I told myself as I pressed my lips together.” A picture emerges of a young woman who wants nothing more than to conjure a home in that impossible space between hyper-visibility and invisibility, to forever forestall the cruelties of being known and thus categorized. Wu’s finely crafted sentences and crisp imagery render visceral Willa’s inner disquiet as she simmers in that ambiguity.

LEAN YOUR LONELINESS SLOWLY AGAINST MINE
By Klara Hveberg
Translated by Alison McCullough
297 pp. HarperVia. $26.99.

The dark-haired Rakel grows up in a sea of blonds, the only child of a Norwegian father and a mother of unspecified Asian heritage. Her loneliness is established by the time she enters the University of Oslo, where she impresses a professor named Jakob with her math talent. They bond over brainteasers and his book idea about the first female math professor, Sofia Kovalevskaya, who completed her doctorate in 1874. All the while Rakel’s life is circumscribed by a debilitating illness.

As you might guess from its title (borrowed aslant from a Stein Mehren poem), Hveberg’s novel is filled with a self-serious sentimentality. Rakel’s intellectual prowess and twee sensibilities are carefully demonstrated and amplified throughout the book’s many sections. That childlike bearing takes on uneasy overtones when she becomes romantically involved with Jakob, who is decades older than she is and married. Reminiscing about a baby circus elephant she once fed as a young girl, Rakel abruptly dives headlong into her current predicament: “Now she’s lying in bed thinking that the trunk Jakob has between his legs is far too big.” Deeply in love, Rakel alternately expresses shame and trust in Jakob’s promise to leave his family after a fixed period of eight years.

When that time comes, she’s nearly 33, and the ingénue persona seems to be wearing thin. “This is how it is to rape a consenting man,” Rakel thinks while seducing him, even after he’s told her he’s staying with his wife. The rest of the novel traces her quest to overcome heartbreak and create a new mode of being. One solution turns up in an old biography of Kovalevskaya that describes the mathematician as having “a peculiar mix of childish naïveté and great depth of thought.”

Hveberg, a former research mathematician at the University of Oslo, structures her novel in the model of a Sierpinski gasket — in fractal geometry, a triangular figure that “contains smaller copies of itself on many different levels and is full of holes of various sizes.” It’s a structure used to greater effect in “Infinite Jest,” better suited to that book’s maximalist style and convoluted plotlines. In contrast, Hveberg’s material proves too thin and insular for such a recursive format, making the end result appear repetitive despite McCullough’s nimble translation.

How does a girl become an artist? For Vidya, growing up in 1960s Bombay, the discovery of dance is inextricably linked to the sudden rediscovery of her long-absent mother, who bursts into Vidya’s girlhood with mercurial migraines, a baby son and a devotion to English poetry. It’s not long before she exits again, as disruptively as she entered, just as Vidya finds her life’s calling in kathak dance.

Swamy’s debut story collection, “A House Is a Body” (2020), was preoccupied with birth and death. In “The Archer,” it’s the themes of wildness and movement that recur, revealing the novel’s central concern with rhythm. Sentences undulate until they are brought up short by staccato bursts — like those Vidya uses to describe her urgent hunger: “Sweets: yogurt: milk: cream: milk: milk: milk, glass after glass, until I was sick.” Swamy plays with vibrant textual movement as Vidya awakens to her own art, and follows the coming-of-age touchstones of college, first love and then marriage, with its villainous in-laws. Her prose is so assured that even when long sentences are jostled by abrupt transitions, the effect appears dramatic and deliberate, like a dancer staring directly at the audience for an infinitesimal pause.

The novel also moves deftly among narrative perspectives. Part 1 hovers over Vidya in third person as she encounters her mother and kathak. Part 2 allows Vidya’s first-person voice to break through briefly, when she gets into a flow state for the first time during dance practice. This “I” takes over completely by Part 3, when she leaves home and seeks out a pivotal mentorship from her teacher in the Versova neighborhood, an accomplished dancer whom Vidya first watches performing in a movie. Part 4 opens with the word “we” — Vidya is married. Soon her subjectivity seems on the verge of obliteration. “Don’t hesitate,” her teacher reinforces. “You keep moving forward.” The novel ends with Vidya in a prickly peace with her new selfhood as it soars to the kind of epiphany that is so crucial to warding off despair, and yet so hard to sustain. “The Archer” dazzles as it asks: How does a woman remain an artist?