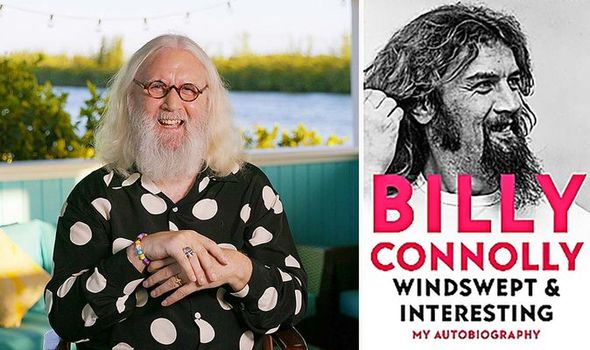 This isn’t a standard autobiography ‑ this is Connolly’s oral history, recorded on his phone then transcribed. It feels like an intimate chat, a mixture of terrific anecdotes and domestic horror stories recalled with painful honesty.

We meet sadistic nuns and psychopathic teachers. One sentence begins: “Apart from being battered mercilessly, I rather liked St Peter’s” ‑ and that was his infant school. At home, his only protector was his sister Florence, just 18 months older, who bathed, fed and dressed him.

Always funny, Connolly’s comedy flourished in the Glasgow shipyards where he worked as a welder, and on the Scottish folk scene.

Because this is a conversation, he veers off in many directions, all of them interesting. We learn that he loves motorcycling, pizza, drawing, Australia, Florida (where he now lives), banjos, public nudity (his own) and naked bungee jumping.

Billy talks about his complicated relationship with Catholicism, being heckled by evangelists, his deafness and his health ‑ “I’ve got Parkinson’s disease, and I wish he’d ****ing kept it to himself”.

Billy Connolly’s story has been told before, but never by him and never this well.