Why Daniel Craig is the Bond his creator would have recognised 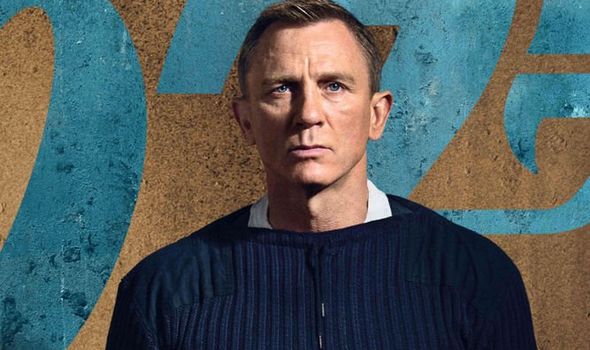 Daniel Craig’s highly-anticipated fifth and final outing as his gritty, muscular James Bond in No Time To Die finally opens in cinemas today. Purely from a box office perspective, his has been the most successful Bond of all time, grossing an eyewatering average of £600million per film, a huge vote of confidence in the way Craig has taken the character back to his roots, as first written by Ian Fleming in 1953, when the British spy made his maiden outing in Casino Royale.

The literary Bond created by Fleming is a far more flawed character than was portrayed by earlier actors, giving him a sense of vulnerability, which Craig has captured perfectly.

No Time To Die director Cary Joji Fukunaga described 007 as a “wounded animal, struggling to deal with his role”. A far cry from the confident, witty, carefree character portrayed by the likes of Roger Moore and Pierce Brosnan.

Here we sort the modern legend from the Fleming original, and look at the influences and experiences that helped him craft his iconic stories…

Fleming was always fascinated by modern warfare technology, in particular the gadgets designed by Charles Fraser-Smith.

He worked for the Ministry of Supply during the Second World War, creating equipment nicknamed “Q” devices for Special Operations Executive agents in Occupied Europe, and was the likely inspiration for the character of Q in the Bond stories.

Possibly the most infamous creation was an “explosive turd”, an above-ground land mine. With the advantage of not needing to be buried, it was easy for saboteurs to deploy and incredibly realistic, with a design based on specimens from London zoo. Over the course of the war, Fraser-Smith would go on to commission more than 300 firms around London to build various gadgets.

Ben Whishaw returns for his third run as head of Q Branch, the fictional research and development division of the British Secret Service. In Skyfall, Whishaw teased Bond: “Were you expecting an exploding pen? We don’t really go in for that sort of thing anymore. “It signalled a move away from Brosnan’s outrageous invisible Aston Martin and Omega grapple watch.

But No Time To Die sees the reintroduction of some incredible gadgets, including a fold-up glider.

Fleming is thought to have based the character on Greek arms dealer and industrialist Basil Zaharoff, who became known as the “merchant of death” and the “man of mystery” across Europe.

His success was, in part, forged through cunning, aggressive tactics, including the sale of arms to opposing sides and using the media to attack business rivals.

The origin of his baddie’s name is well known. Fleming was said to have been bullied at school by Thomas Blofeld, a boy five years his senior, father of the legendary cricket commentator Henry “Blowers” Blofeld.

When Fleming joined Naval Intelligence at the start of the war, he produced a paper called the Trout Memo. The document outlined 51 ways of “bamboozling the Germans at sea [through] deception, ruses de guerre, passing on false information and so on”.

Ideas ranged from the extraordinary — placing explosives inside tins of food and dropping them in the ocean for enemy sailors to find and open — through to the bizarre: dropping men secured in a concrete block to the bottom of the sea with periscopes to spy on passing ships.

As his boss chuckled at Fleming’s fanciful ideas, his eye fell on idea number 28, and amusement quickly turned to excitement.

The theory was to drop a corpse dressed as a Naval officer into the sea, with fake papers in his pockets which, when found, would provide misinformation to the enemy.

This concept would later become one of the most celebrated counter-intelligence initiatives of the war, known as Operation Mincemeat, although the planning and execution of the scheme would be carried out four years later by Charles Cholmondeley, a 25-year-old secondee into the security service from the Royal Air Force.

Another idea was Operation Tracer, where Fleming planned for six soldiers to be sealed into the Rock of Gibraltar, if it fell to the Nazis, to spy on the enemy and report back.

The men would have a year’s supplies so they would either be liberated or starve to death.

The plan was not needed, but Fleming did write it up as a short story, From a View to a Kill, a plot critics claimed to be “too ridiculous, even for Bond”.

Like Bond, Fleming was partial to a drink and would do so with vigour, usually consuming a bottle of gin each day. When his doctor suggested this might have adverse effects on his health, Fleming moved to having a bottle of Old Grandad bourbon instead.

The only person who could outdrink him was his fictional spy who, in Casino Royale, drank one large vodka martini, a whole carafe of vodka and two entire bottles of champagne, all washed down with a large brandy, in a single sitting.

Daniel Craig has set the new record as the Bond who has consumed the most alcohol in his films, a record which would no doubt please Fleming.

Although Bond’s strength has largely been unaffected by his drinking habits, Fleming was badly impaired by his lifestyle. He suffered serious heart problems — which he dubbed an “Iron Crab” squeezing his heart — that eventually killed him at the age of 56.

Although the literary Bond was undoubtedly a seducer, the films have turned 007 into a world-class womaniser.

Bond beds 14 women through the 12 novels, whereas in the 24 films to date (not including No Time To Die), he has sex with almost 60 women.

Although Fleming was very interested in the opposite sex, his seduction skills left a lot to be desired, as his first date with his future wife, Ann, demonstrated.

Arriving late, he flung a book at her, telling her “to keep quiet for an hour ’till I am ready for you”, she recalled. Amazingly, that didn’t put her off, and they consummated their relationship that evening.

James Bond, when played by Craig, who is said to hate the phrase “Bond Girl”, would never behave so oafishly. He treats his partners as equals.

Fleming also lacked the good looks and action man appeal of his creation. Despite serving in Naval intelligence, Fleming had no direct experience of combat. He spent his war in a smoky office in the Admiralty in London. He set up a successful specialist commando team — 30 Assault Unit — tasked with gathering vital intelligence from behind enemy lines. Pulling the strings, far from harm’s way, Fleming was always incredibly jealous of the men who were coming face-to-face with the enemy.

Despite desperately trying to get out from behind his desk, his Admiralty boss never allowed it, claiming, “Ian was someone who simply could not fall into enemy hands”, because of his intimate strategic naval knowledge.

Since his 007 debut in Casino Royale, Daniel Craig’s Bond has been seeking revenge for the death of Vesper Lynd, played by Eva Green, who killed herself after discovering she was about to be unmasked as a double agent. Fleming spent much of the war seeking vengeance for the death of his girlfriend, the stunningly beautiful Muriel Wright, who was killed by one of the final V-1 flying bombing attacks on London in July 1944.

Her death weighed heavily on Fleming, not least because she died on an errand for him — to pick up 200 custom-made Morland cigarettes, blended from three types of Turkish tobacco and emblazoned with three gold rings — during an air raid.

The V-1 rocket became an obsession for Fleming, who sent his men on a wild hunt through France and Germany in search of anything related to it.

His men not only gathered essential data on how the weapon operated, but were able to demobilise launch sites to stop further attacks on Britain.

In No Time To Die, 007 finds himself in a similar situation, fighting an enemy who is creating technology which could bring death to millions.

Fleming did not confine his men to intelligence gathering, tasking them with kidnap too. His 30 Assault Unit captured Dr HellmuthWalter at his residence in Germany – an expert in closed-cycle propulsion, which he applied to V-80 submarines enabling them to travel faster than any other underwater craft at the time – and who, since 1930, had been working with the Luftwaffe, most notably designing part of the V-1.

The Bond franchise is now more popular than ever, a success partly due to Craig’s more accurate portrayal of Fleming’s 007.

He gave us a fascinating but flawed hero.

Just like the author, that makes him so much more relatable.

● Ian Fleming’s Inspiration: The Truth Behind The Books by Edward Abel Smith (Pen & Sword Books, £14.99) is out now