Chelsea G. Summers’s debut, “A Certain Hunger,” opens in a hotel bar not unlike other hotel bars. “They all look the same,” Dorothy, a middle-aged food critic and our antiheroine, tells us. “Hotel bars smell like class privilege, desperation and hope.” “Anti” might be too weak of a prefix to describe this heroine: She’s more of an outright villain, a red-haired seductress in leagues — culinary, homicidal — traditionally dominated by men. “As a woman psychopath, the white tiger of human psychological deviance,” Dorothy says, “I am a wonder, and I relish your awe.”

The man who approaches Dorothy in this particular hotel bar meets a violent — and frankly grotesque — end, and what follows is one of the most uniquely fun and campily gory books in my recent memory. It’s apt that Dorothy once worked at a magazine called Noir, because “A Certain Hunger” has the voice of a hard-boiled detective novel, as if metaphor-happy Raymond Chandler handed the reins over to the sexed-up femme fatale and really let her fly. 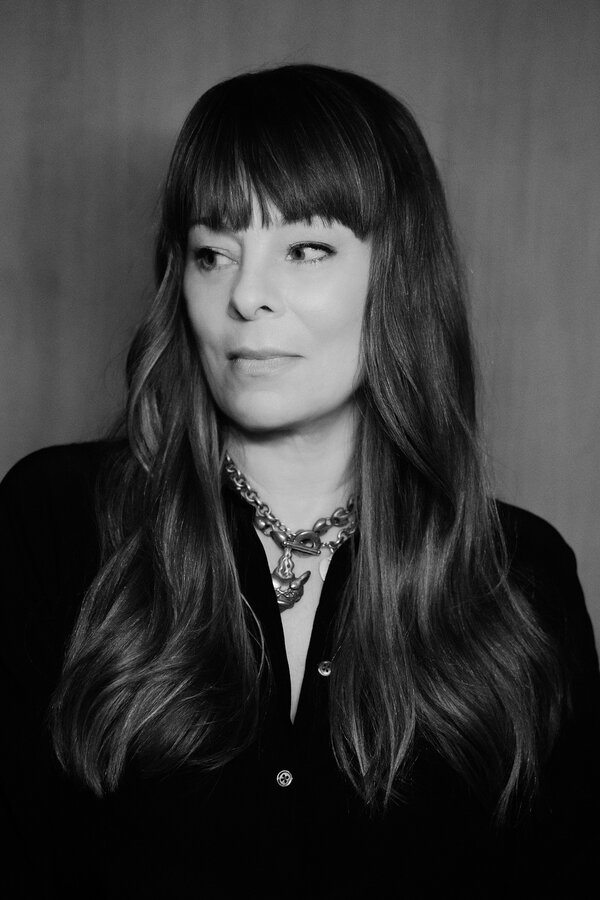 Is the voice inviting? Sure, as inviting as a kidnapper holding a knife to your throat and threatening, “Don’t move until I’ve finished my story.” The descriptions of violence and gourmet cuisine are so visceral that I felt alternatingly hungry and sick to my stomach. The writer Janet Fitch says the author’s ultimate goal is to give readers a pleasurable inner conflict, wanting to turn the pages faster while also lingering on each beautifully written sentence. With Summers’s writing, I kept rereading sentences only as a double take, whispering to myself, “Man, this lady is screwed up” — which is, I’d argue, its own kind of pleasure.

Dorothy narrates the story of her life from the bleak interior of the Bedford Hills Correctional Facility, where she’s currently imprisoned for her many sordid crimes. This “autobiography” joggles between her incarceration — teeming with the kinds of bodies and institutional food she wouldn’t have touched with a 10-foot fork in the outside world — and the glamorous life that led her there. That is, the food and the men she consumed along the way.

Dorothy’s sexual appetite is often conflated with her literal one, and to an uncanny degree — she literally consumes men. Her hunger is like a set of teeth, an endlessly chomping maw that knows no satiety. As expected in a food critic’s “memoir,” there’s a culinary metaphor for every occasion: A love affair as “innocent as milk.” A fact as “clear as consommé.” A court witness as “cool as bisque and twice as satiny.” It’s not always appetizing, especially when food is compared to the human body: like the popcorn boxes that are “the bright colors of lipids and blood.” Eventually, Dorothy’s twin passions become one: When she slices off a piece of a man’s buttocks, it’s a delicious “rump roast,” perfect for seasoning with herbs and wine. It’s a gruesome love letter to rich food and rich men, and to gorging on both with abandon.

Don’t get me wrong, “A Certain Hunger” is not just a novel about the demise of a foodie serial killer. It’s also a history of the internet, and how it has democratized writing and “steamrolled the playing field” of criticism broadly. There’s a feminist argument, too, beneath the lyrical exaltations about sex with Italian men and cooking with duck fat. Why is it that women have been kept out of so many industries, including Patrick Bateman-style serial murders? Because, Dorothy thinks, people don’t want to believe women can do the job. “Feminism comes to all things,” she says, “but it comes to recognizing homicidal rage the slowest.”

Summers writes at once like a historian — enfolding within the novel histories of the industrial meat complex, wine, truffle hunting, the U.S.D.A., cannibalism — and like an anatomist, explaining kosher butchery in such gory detail that I squinted the way I might squint in a slasher movie, lest I get too nauseated. And yet, there was also something soothing and escapist about reading a fictional villain’s story, especially at a time when real life feels like its own horror show.

They say books instill empathy, but it can be just as exhilarating to read a novel in which the narrator doesn’t have any. It makes the reader ask herself, “What would I say and do, if I could say or do anything, without a conscience to hem me in?” Maybe I’d be the ultimate hedonist. Probably I’d just read a book about one.