Who Owns the Space Behind Your Airplane Seat? 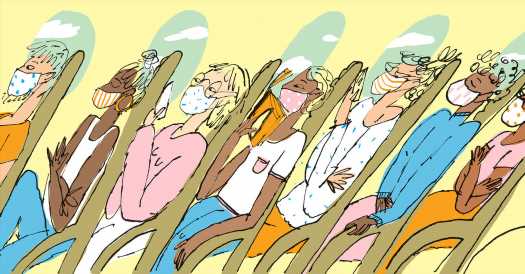 MINE!
How the Hidden Rules of Ownership Control Our Lives
By Michael A. Heller and James Salzman

I once returned to my childhood home to find my father going through my collection of baseball cards, carefully calculating their value. It was as if he thought he … owned them. Seriously? I had collected them, I had cared for them, I had paid for them. Or, more accurately, I had regularly stolen change from his coin tray to buy them and then abandoned them as a teenager, but that all struck me as singularly irrelevant. They were, to pilfer the title of the thought-provoking new book by Michael Heller and James Salzman, “Mine!”

“Mine!” sets out to change the way we think about what we own, which is often decidedly at odds with reality. The authors cast the idea of ownership broadly, taking in not just land, cash and cars but also the confounding array of things we claim as our own, or try to, in our lives. Who is entitled to those few precious inches of space between our knees and the inevitably reclining seat in front of us on airplanes? Can someone force me to lop off the tops of my trees just because my neighbors have decided to install solar panels on their roof? Do I really need to tell my doctor not to steal my cells while I undergo surgery? And what exactly does Amazon mean when it says that the e-book I just purchased — or thought I did — “may become unavailable” to me? 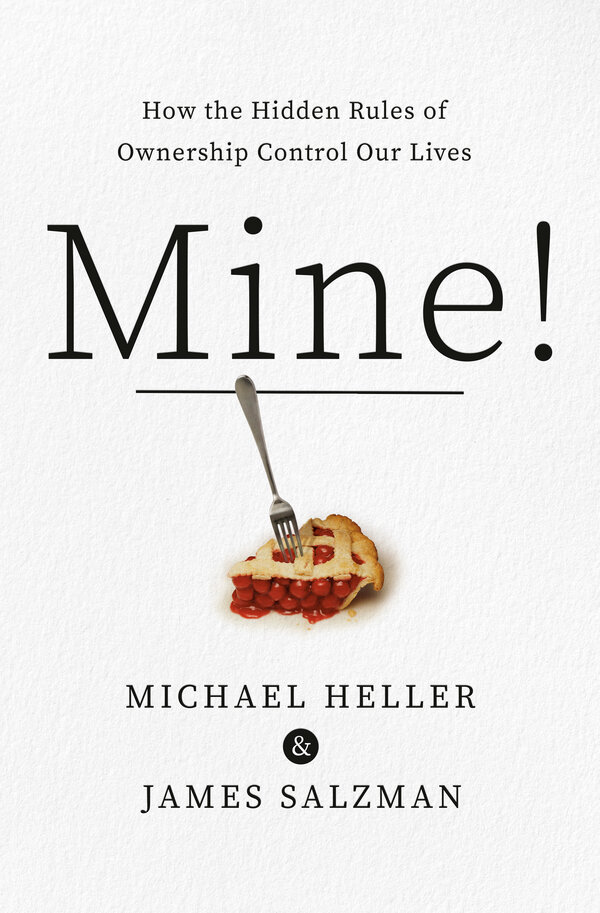 The tiny turf wars we wage may seem trivial, but Heller and Salzman convincingly demonstrate they are anything but. “Our things — like our bodies — define and constitute who we are, not just as individuals, but as part of meaningful communities,” they write. We are conditioned to think of ownership as preordained and inevitable, bestowed through some natural order of things. Instead, our assertions of ownership are value-laden, inconsistent and regularly in conflict with others’ equally plausible claims of right. In the end, “Mine!” proposes, there are just six “pathways to claiming ownership,” ranging from possession or being first to family entitlement. The authors posit that if people could recognize their own underlying assumptions about ownership, they would become better advocates for themselves, their communities and the common good.

Heller and Salzman, both law professors, show themselves to be gifted teachers. Their book is part of a genre — call it “pop law” — in which scholars put aside the language of the academy and talk plainly about how law matters in real people’s lives. The authors are as comfortable talking about the Coase Theorem (don’t ask) as they are about the dispute over a Barry Bonds home run ball or one man’s decision to shoot down a drone that flew over his yard (not the best idea).

The book is crammed with real-life examples. Some may elicit little more than a “hmmm,” which will not be unfamiliar to anyone who has sat through a law school torts class or tried to explain the rule against perpetuities at a dinner party. But in later chapters, Heller and Salzman take on consequential matters: climate change, income inequality, gender discrimination. They show how “ownership design” — smart rules limiting exploitation of resources or putting checks on competition — has been used to motivate farmers, crabbers and coal plants to act beyond destructive self-interest.

“Mine!” asks us to reflect on our preconceived notions. If we do, perhaps we won’t just declare “Mine!” Perhaps we will instead think about what is fair and right. Or maybe not, but at least we’ll have some decent arguments to consider as we load the baseball cards into the trunk and drive away, dreaming of how much 12 Pete Rose cards will bring on the open market.