When a Nation’s Torturous Past Resembles ‘The Twilight Zone’

THE TWILIGHT ZONE
By Nona Fernández
Translated by Natasha Wimmer

It was back in 1984, in Chile, a country then suffering under the dictatorship of Gen. Augusto Pinochet, that I first read the sordid story of the torturer Andrés Valenzuela.

A barely tolerated opposition magazine had published an excruciating interview with him, and I forced myself — having recently returned to my native land after 12 years of exile — to devour it with a mix of perverse curiosity and obvious dread. It was a tale of multiple horrors, detailing how Valenzuela and his fellow state agents had abducted dissidents, applied electricity to their genitals, dumped the corpses in rivers and ravines. I knew some of those victims personally and was aware that the viciousness inflicted on them and so many others could very well erupt into my own life.

Overcome with revulsion, I resolved to forget that name, Andrés Valenzuela. As if banishing him from memory could deny his ferocious persistence. Because here he is again, the protagonist of Nona Fernández’s novel “The Twilight Zone,” translated fluidly into English by Natasha Wimmer. Given my initial distressing experience with the magazine interview, I approached this book with trepidation, also wary that a plethora of investigations, memoirs, films, fiction, essays, plays and poems had extensively covered the themes of terror, memory and the obstacles to national reconciliation since Pinochet’s loss of power in 1990. Could anything original still be expressed on the subject?

In fact, “The Twilight Zone” is wildly innovative, a major contribution to literature, in Chile and beyond, that deals with trauma and its aftermath. Fernández, whose previous works of fiction have been admirably iconoclastic, belongs to a generation of prominent Chilean writers (like Alejandro Zambra, Lina Meruane, Andrés Anwandter) who grew up under the dictatorship and have developed fresh perspectives on those turbulent years. She understands that, rather than fleeing from Valenzuela, we must pursue him and his secrets if there is ever to be a reckoning with the demonic legacy of men like him. 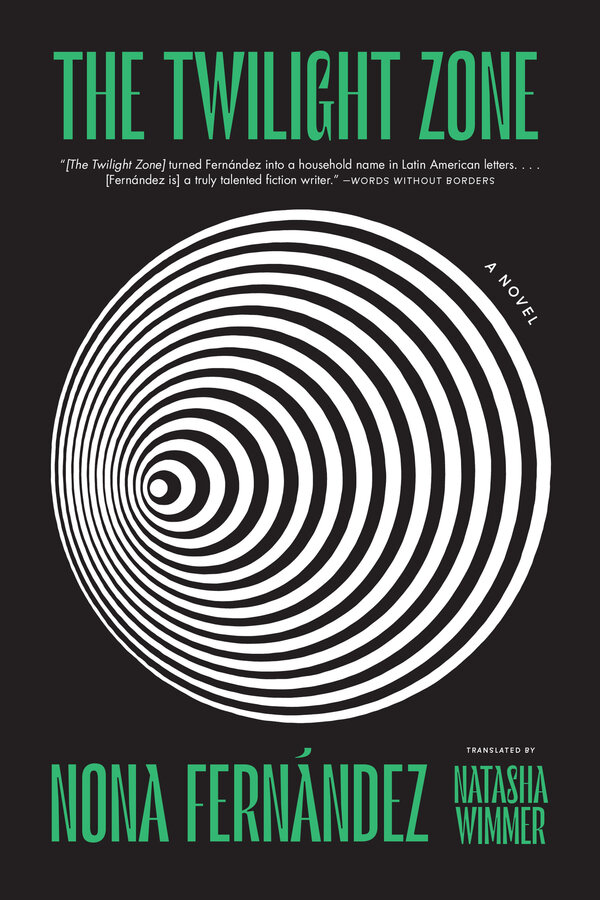 The author starts from the certainty of uncertainty: that the deepest truth of what happened to her damaged nation is buried in the unknowable, hidden by lies and fear. Her forensic assault on the past is multipronged, shifting restlessly between genres — autobiography, fiction, essay, reportage, poetry. The narrator is a television documentary writer, and her obsession is to get Valenzuela — a man she has never met, who made a harrowing escape from Chile with a fake passport and now lives under a false identity abroad — to speak to her, explain the stages of his remorse. Fernández gives flesh to a life that for most of us existed only as a brief if indelible burst in media coverage. We often hear from him in a cascade of intermittent, intense, almost lyrical confessions, some transcribed from his testimonies, some invented:

“In the end I felt nothing.

“I had become someone else.

“Someone who gets up and goes to bed with the smell of death.”

The use of Fernández’s “runaway sentimental imagination” (the hypnotic mantra of the novel is the phrase “I imagine”) is just as crucial when she tries to resurrect the voices of the dead victims. After making breakfast for her son and sending him off to school, the narrator evokes José Weibel, a Communist leader, performing the same tasks before being arrested; she wonders if the image of his family “helped him keep terror at bay in the gray realm where he was condemned to spend the last days of his life.” In this way, the narrator draws a number of disappeared prisoners out of the abyss of death, and adds to her anguish by exploring the vortex of her own past.

She recalls a red Chevette that would pick up Estrella, a young classmate, and other girls including the narrator, for a blissful spin after school. That car, owned by Estrella’s policeman father, turns out to have transported three human rights activists to the outskirts of Santiago, where their throats were slit. Fernández had already masterfully recounted that story in her 2013 novella “Space Invaders,” but this new book exposes the motive behind those murders. Everything — even a supposedly innocent car seat where Fernández once sat — keeps coming back to “the man who tortured people.” Every memory, every isolated corner of the country is potentially contaminated by evil.

In order to hold together the novel’s interlocking fragments, all those lives endlessly trapped in “dense, circular time,” Fernández deploys a brilliant literary strategy. She conjures up samples of popular culture, primarily from the TV series “The Twilight Zone,” and turns them into portals to another dimension. An astronaut stranded on a planet reminds her not only of Valenzuela adrift in a French village, unable to contact his homeland, but also ofa prisoner who sends messages to a son he will never again see, as well as the author herself as she receives signals from the child she once was. It is a superb way of making familiar the unimaginable experience of torture and pain, helping her haunted readers descend with her into “the blaze of history.”

It is up to us to risk entering that history and its blaze, to accompany her into that terrifying landscape and try to communicate with its ghosts.