When a Factory Relocates to Mexico, What Happens to Its American Workers? 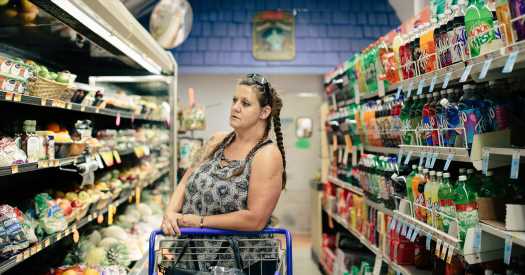 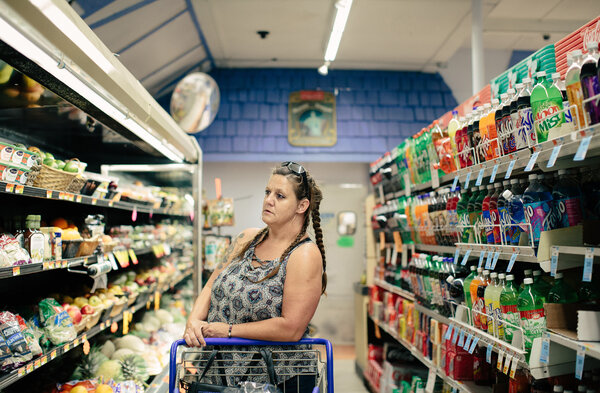 Is there any invention as underappreciated as the ball bearing? These magical contraptions — a pair of concentric metal rings separated by steel balls — live hidden deep in the moving joints of all sorts of machines. Bearings reduce friction: Without them wheels would not spin. Anyone using a bicycle, car or train relies on the forgotten ingenuity of Philip Vaughan, an ironmaster from the Welsh town of Carmarthen who patented the idea in the 1790s. Until recently a debt was also often owed to the American hands at Link-Belt, a company that made the “Cadillac of bearings” in Indianapolis. In a mobile world, few workers are more essential.

In recent years much of this industry has migrated abroad. “American Made,” by Farah Stockman, traces the shock waves at the Indianapolis factory following the announcement in 2016 that Rexnord, its Wisconsin-based corporate owner, was relocating the plant to Mexico. Stockman, a member of The New York Times editorial board, has produced a gripping portrait of the human costs incurred when industries decline. Her book is a stark warning to towns and countries facing similar trends, and a lesson in how much economists can miss.

The story is told through in-depth interviews with three factory workers. Gender and race are central themes, and the lead figures are carefully chosen. Shannon Mulcahy, a white woman, is a veteran employee. She operates furnaces, a risky job that commands a solid pay package. Raleigh “Wally” Hall is a Black man who, after years on the factory floor, occupies a comfortable union position. John Feltner, a white man, is a newcomer and works as a machinist, cutting and shaping metal. All three, like Stockman herself, are in their 40s: old enough to remember better days, young enough to worry about what the remainder of their working lives will bring.

Jumping back in time, “American Made” plots each worker’s often turbulent history in vivid detail. Shannon’s early life featured violent and controlling male partners and degrading sexism at work; Wally dealt drugs as a young man, spent time in prison and has faced racism at the factory; John feels himself cursed, having moved from job to job as firms he worked for shut down. These back stories are related with abundant dialogue — as if Stockman had been present. This bold step blurs the line between recounted history and firsthand reporting. Some may see this as a liability, but the result is a book with a unified tone, one that places the reader in the homes of the workers as they struggle to survive.

For Shannon, Wally and John, making bearings is a means of climbing the economic ladder. Wages at the plant — $25 an hour — are above the U.S. average for manufacturing ($20 in 2016, $24 today). These workers become homeowners, make down payments on cars and consider sending their kids to college. Yet there is so much more to their jobs than the pay. There is camaraderie — Shannon feels braver after relationship advice from her co-workers, Wally takes solace in the factory bowling league and John mulls over his problems with his union brothers. These networks confer value not seen in economic statistics.

Workplace bonds run deep in manufacturing, and Stockman’s interviews capture this brilliantly. Operating heavy machinery is dirty and dangerous. It entails an added responsibility for co-workers — for one another’s safety — and a pride that comes with a reputation for being fast and efficient. At one point, Shannon’s phone rings on a day off. A furnace at the factory has had a power failure and her co-workers, dealing with explosive gases, need her advice. At home she cares for a disabled granddaughter, yet she is pleased to be disturbed. The call confirms her status and reputation, things that money cannot measure.

But 40-somethings belong to a generation for whom the number of jobs like this have disappeared. Manufacturing employment peaked in the summer of 1979 at around 19.6 million, according to data from the Bureau of Labor Statistics. The 1980s and ’90s were tough, with nearly two million jobs lost, but the aughts were dreadful: About six million jobs vanished. The trend is not confined to the United States; in Britain, a quarter of manufacturing jobs disappeared in the 1980s, and nearly as many again in the 1990s. The Link-Belt workers see free trade with Mexico, which was supposed to support U.S. exporters, as a broken promise.

Had the disappearance of manufacturing jobs happened in isolation the scandal would have been greater than in 2008, the bailouts bigger than in 2020. But another trend — the 20 million new service-providing jobs created since 2000 — offset those losses. The result is that, before Covid-19 struck, total employment had never been higher in the United States. The numbers mean that economists can forget places like Link-Belt. The stress and strain people experience as they are forced from the factory floor and into the service sector becomes a secondary matter. Labeled “adjustment costs,” such problems are seen as bumps along the road in a growing economy.

John’s arrival at Link-Belt is a sign of the relentless cost-cutting that will ultimately kill the plant. A prior employer, another Indianapolis factory, had paid him $28 an hour. But then it moved its business to Alabama, where unions are weaker and workers accepted $18 an hour. Another warning bell pings when Link-Belt workers begin to assemble bearings from Chinese-made parts. The workers are reduced to finishing and checking, as the supply chain lengthens and the factory is quietly gutted. “Made in America” had become a slogan, no longer an economic truth. Taking repeated trips to Indianapolis over the course of three years, Stockman captures the sense of impending doom.

At times, her book delves too deeply into the extended families of its central characters — lore relating to grandmothers and cousins slows the pace. This comes at the expense of developments at the factory, of which we get just a few glimpses. Mexican workers arrive from Monterrey to learn how to do the jobs they will be taking over from the Americans once the factory relocates, and at first they are seen as enemies. But these workers are young, have equally tough stories and view the company as a beacon of hope. The locals’ attitudes begin to change, and new relationships emerge. “American Made” would have benefited from a more extended account of this development.

The climax of the book is its penultimate section, “Shutting Down,” about the factory’s final days. As closure looms, Rexnord announces that the Mexican workers will need mentors to teach them how to operate the furnaces, mills and lathes. Their American counterparts refuse, drawing a line in the union’s battle to save the plant. But a grimly predictable economic reality plays out: Wages are far lower at the new Monterrey plant (in Mexico, manufacturing pay starts at less than $5 an hour), so it makes sense for the bosses to offer American employees cash bonuses until they buckle. The Link-Belt workers see these gestures as the final insult of free trade, as they are coerced into passing on their skills to the people who will make them redundant.

Stories like this show that journalists have a vital role to play in helping us understand the complex economic forces that shape our societies. Rooting out the hidden networks and social capital that support our global economy is painstaking work. Stockman’s reporting reveals a fatal flaw in economics: Adjustment costs are not bumps in the road; they define lives. The task of 21st-century capitalism is to find a model that combines growth and innovation with ways to protect people from the painful shifts these forces so often bring. “American Made” is a reminder that this search continues.