A man for all (football) seasons: The wittier, wiser, and charming account of what it’s like to be a gentleman of a certain age by historian David Kynaston

SHOTS IN THE DARK: A DIARY OF SATURDAY DREAMS AND STRANGE TIMES

About halfway through this delightful book David Kynaston glumly observes, after yet another scathing tirade about the failings of Donald Trump, that, ‘ “Bleatings of a liberal wimp” is shaping up to be the subtitle of this diary — but I can’t do anything about it’.

Well, that is certainly one way of looking at it — but it’s only a fraction of the whole story.

You will not find a wittier, wiser, more charming, or more perceptive account of what it’s like to be a man of a certain age (Kynaston was born in 1951, a few years after this reviewer) who loves football, his friends and Leonard Cohen, follows the news and is torn apart over the role of tolerant, liberal inclusivity in a world of intolerant brutalism, extremism and nationalism. 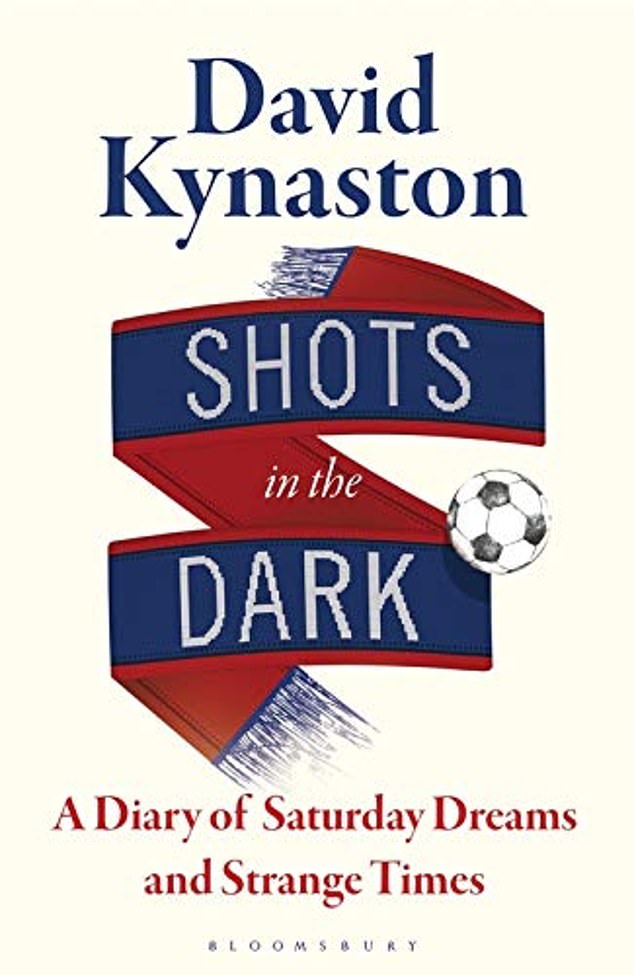 SHOTS IN THE DARK: A DIARY OF SATURDAY DREAMS AND STRANGE TIMES by David Kynaston (Bloomsbury, £16.99, 272pp)

Kynaston is one of the most prolific and admired historians of the modern age. He is also a life-long supporter of Aldershot Town Football Club: his father took him to his first match in the town when he was seven years old, and his passion for the game — and club — has barely diminished since.

It can be a hard and lonely path, as anyone who supports lower league football knows, but someone has to do it. And it’s a damn sight more fun than supporting clubs such as Manchester United.

This book is a diary of the 2016-17 season, when ‘The Shots’, as they’re known, languishing in the National League, the fifth tier of English football, were pushing for promotion back into the Football League after a long absence. The country was also in the immediate aftermath of a bitterly divisive referendum on Europe and the equally bitter election of Donald Trump in the U.S.

Across Europe, old certainties were fading and, in Britain, the Labour Party, traditionally the home of small ‘l’ liberals like Kynaston, was in the hands of an anti-Semitic, hard-Left clique opposed to most of the virtues of small-town suburban Britain. 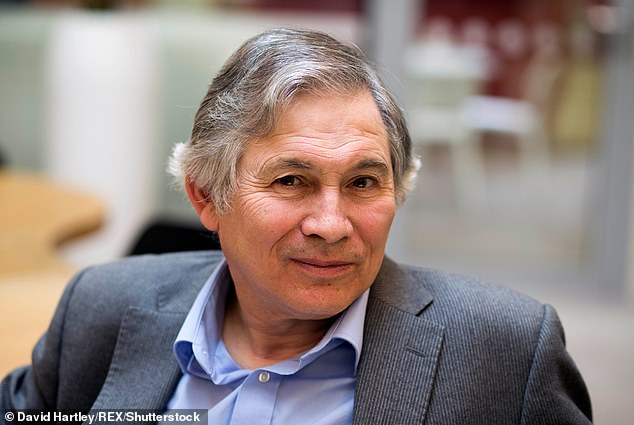 David Kynaston, 69, is one of the most admired historians of the modern age who specialises in the social history of England

How does a man who personifies tolerant liberal values, like Kynaston, handle all this — as well as coping with a tricky away fixture for The Shots at Guiseley?

This is a book about football but, like all the best books, it is about a thousand other things as well. Kynaston can slip effortlessly from musings on, say, Theresa May’s meeting with the ‘pro-wall, anti-refugee, anti-abortion, anti-media’ Trump in Washington (‘it all feels a bit undignified’), to picking up scraps of comfort from The Shots’ goalless draw against York, where two players ‘missed gilt-edged chances’.

Kynaston is like a benign Everyman, sharing everything. He is very shocked (but not surprised) by the death of Leonard Cohen, a prompt for some brilliant writing about the singer’s last, and very bleak, album.

Stuck in the Waitrose car park in St Albans, he hears Petula Clark’s Don’t Sleep In The Subway and is moved to muse on whether the great pop songs of the Sixties were objectively better than virtually anything that followed.

He decides they probably were, in a reaction to the constraints of the Fifties, which could never be replicated. In footballing terms, Kynaston is a mud-and-nettles man: not for him the sleek swankery of the upper reaches of the foreign-financed Premier League, though of course he can, like all of us, swoon at the off-the-scale skill of its stars. 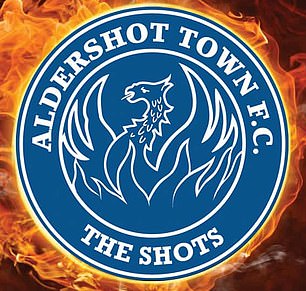 Kynaston is a life-long supporter of Aldershot Town Football Club

He is appalled by the tawdry nature of the modern game: ‘Aldershot fans’ chant of “F*** off back to Guildford”, directed at the away support for Man Utd in a League Cup match a few years ago [a pointed take on the jibe that Manchester United supporters are from anywhere but Manchester], was for me the last word.’

Like all men of a certain age, he reads the obituary pages and is always willing to repent the occasional rush to judgment.

After agreeing with a particularly bitchy Guardian obituary of the writer A. A. Gill, he has to admit his mistake when he realises what a fine writer and broad-minded man he was. Likewise, he is slightly dismissive about the music of George Michael when he dies, but is ashamed later when he realises the vast scale of the singer’s — largely anonymous — philanthropy.

This thrilling, intimate, sometimes poignant, often wonderfully funny book shows the workings in real time of a deeply civilised, humane and tolerant mind in an age when those virtues are in short supply.

Here is a man with whom you would want to go to a match, and even share a beer afterwards.