Where are you from? If someone were to ask, you might cite your current ZIP code or share where you were raised. You might mention where your ancestors lived. You might explain whether you grew up rooted to one cul-de-sac, one city block, one country.

But for Nadia Owusu, the question is not so simple. The daughter of a Ghanaian father who worked for a United Nations agency and an Armenian-American mother, she has lived a nomadic life — she was born in Tanzania, then, as a child, lived in Uganda, Ethiopia, Italy and England. Later, when she was 18, she moved to New York for college and stayed there for her entire adult life. “Confused?” she asks. “Me too. I never know how to answer the question of my origin.”

Owusu’s debut memoir, “Aftershocks,” is her attempt to explain.

In “Aftershocks,” Owusu reflects on her childhood and her 20s, feeling untethered from the world because of her father’s diplomatic background and from her family, which is complicated by divorce and death. The narrative is straightforward but Owusu uses formats like a resettlement intake form and symbols like a recycled blue chair found on the streets of New York City to tell her story. The dominant motif, however, is an earthquake. Owusu opens the book with a chapter titled “First Earthquake” and chapters are grouped under sections with labels that include “Foreshocks,” “Faults,” “Aftershocks” and more.

[ This memoir was one of our most anticipated books of January. See the full list. ]

Throughout the book, Owusu writes poignantly about belonging and assimilation, including wishing her aunties taught her Twi, a Ghanaian dialect that is her father’s native tongue, and code-switching by dropping her posh accent when playing with children in a working-class neighborhood in London. But the connective tissue of the book is the near-constant guilt she experiences as she grapples with identity and her willingness to erase the most vibrant parts of herself in an attempt to belong. 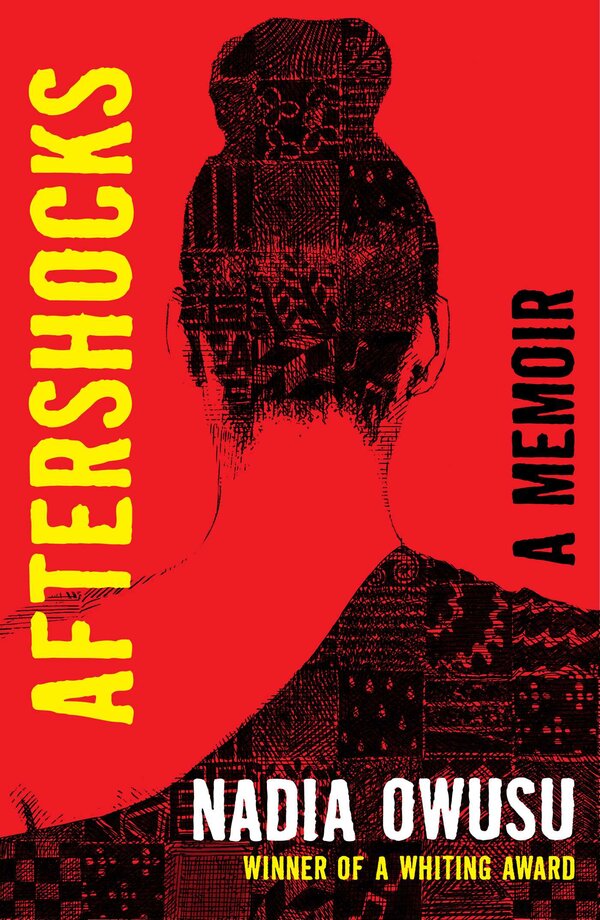 In one instance, Owusu details how she betrayed the only other Black girl at the Catholic boarding school she attended, making fun of the girl’s hair to the white students. “In reality, Agatha smelled like my family,” she confesses. In another, Owusu recalls feeling conflicted when her uncle, a cabdriver, drops her off at college. “‘I’m going to college too,’ he said. ‘Next year. The cab is only temporary.’ I was embarrassed that he felt the need to tell me that, that he needed me to know he was more than the immigrant man behind the wheel of a yellow cab.”

Owusu is unflinching in examining herself, which is commendable, but her self-reflection can veer toward the melodramatic and her repeated ruminations don’t yield further clarity. “The boy’s bird body haunts me,” she says when she sees a child beggar collapse in Ethiopia. “He hovers over me in judgment when I feel sorry for myself, but he cannot stop me from feeling sorry for myself.”

Owusu also writes about the relationships in her life. She tells us about a man who she thought was her great love in her 20s, and of the foul men who assaulted her when she was a child, and of the many hapless men she has slept with. But Owusu’s book is most alive when she writes about her parents.

It’s clear that Owusu believes most in her father, whom she so lovingly called “Baba-Mama.” Her father died when Owusu was a teenager, and his death remains a shadow over everything she does. She was initially told he died of cancer, but when Owusu was 28, her stepmother unexpectedly told her, without proof, that he had died of AIDS. It’s an assertion that makes her question everything she thought she knew.

In the end, Owusu ultimately answers what home is. Her definition is pure and restorative to read. “I am made of the earth, flesh, ocean, blood and bone of all the places I tried to belong to and all the people I long for. I am pieces. I am whole. I am home.”