What I learned about life from my Dad’s death: In a bittersweet coming-of-age memoir writer Freddy Taylor conveys tragedy of his father’s two year brain tumour battle – and the moments of hilarity his family had on the way

DON’T PUT YOURSELF ON TOAST

Rarely can a book about such a sad subject — the death of the author’s father from a brain tumour — have been so jauntily presented.

The jacket illustration, a slice of white toast decorated with orange squirls, on a blazing blue background, gives a signal that this is one for the ‘comedy’ section.

And in a sense, it is. Comedy and tragedy exist side by side and, in this snappy memoir, Freddy Taylor conveys both the utter awfulness of his father’s two-year descent from diagnosis to death, and the moments of hilarity the family had on the way. 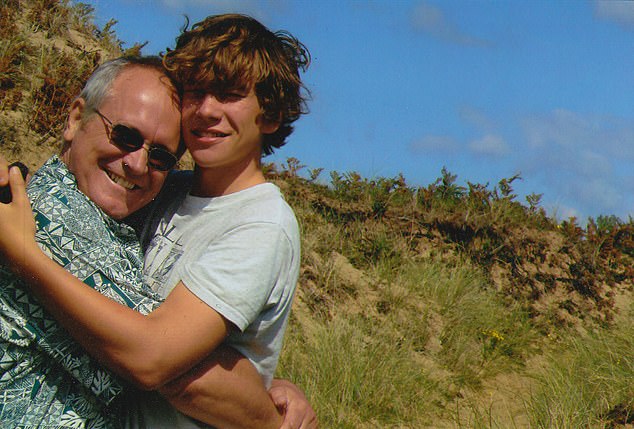 Each chapter (and many of them are less than a page long) has an eccentric title, such as ‘I want you to wash it and posh it and bring me back a hot one’; ‘I’ll have a sugar sausage’; ‘Pass me the river’; ‘You are the right person to be my person’ — phrases spoken by Freddy’s increasingly confused father after his brain operations, as the tumour progressed. Don’t Put Yourself On Toast, the book’s title, comes across as a sound bit of fatherly advice.

You always remember the moment just before your life takes a lurch into the minor key. Freddy was in his bedroom in South London during the summer holidays from Edinburgh University in 2011 when his phone rang. It was his father’s girlfriend, Bev, telling him his father had been rushed to hospital while on a business trip in Mumbai.

An executive producer for Who Wants To Be A ­Millionaire?, Rod Taylor spent 260 days of the year travelling, rolling out the brand across 55 countries.

‘I’ve got glioblastoma,’ he told Freddy after his operation. ‘It’s an aggressive kind of cancer of the brain.’

Freddy knew instantly that his father would not grow old; would never be a retired man contentedly watching Test Match cricket.

Life goes on. Freddy hurls himself, and us, straight into his hectic life — the rush up to Edinburgh for the next term, the student house-share, his anxiety about the prediction of a D grade for his dissertation (‘Dad does not deal well with children’s failings’), all mingled with the nagging worry about his father, and a terrible sense of foreboding. 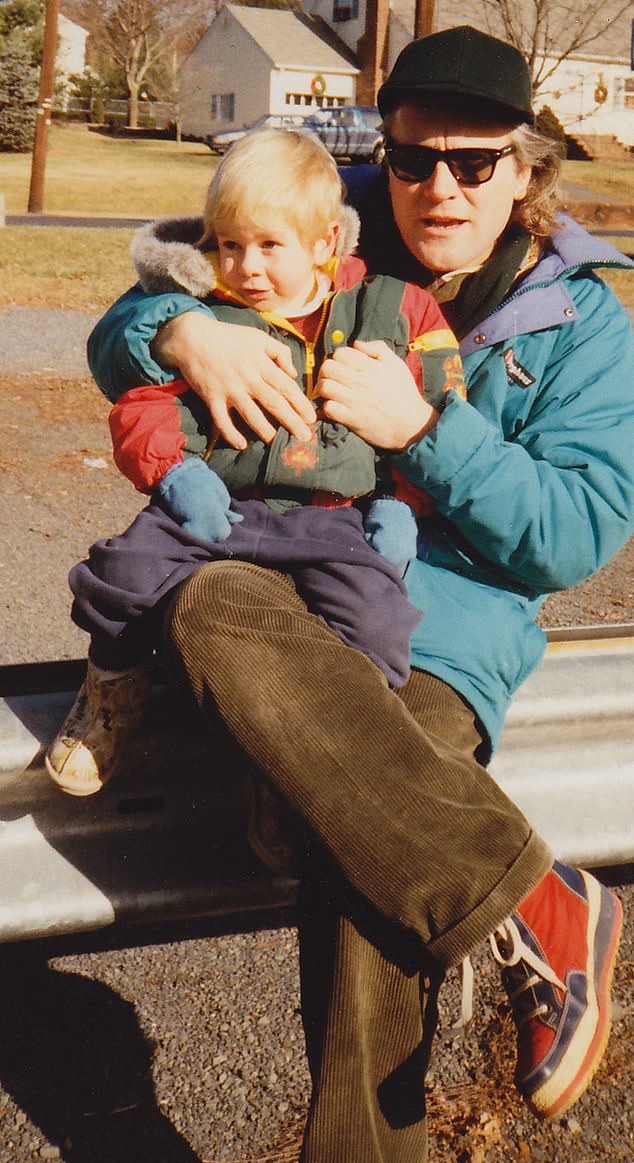 Rod, pictured with a young Freddy, died from a brain tumour. Freddy says that he always knew his father wouldn’t see retirement

He’s honest about his relationships, describing the unsettling weekends spent staying with his father after his parents divorced when he was ten.

Rod was ‘strict and capricious. He would slip into periods of darkness, spending weeks anchored to the sofa, devoting himself to TV’. But he was also ‘generous and kind — the only dad to kiss his teenage son goodbye at the school gates’.

It would all be too dismal to read, were it not for Freddy’s ever-gutsy attitude to life. We cheer when, far from getting a D, he wins a prize for his dissertation and is taken on by a design firm in Hoxton.

His father, during his remission time, makes it up to Scotland for graduation. All the more agonising, then, when the following summer he goes to his beloved Shackleford Cricket Club in Surrey, where he has always hosted an annual cricket match, and it’s a disaster. 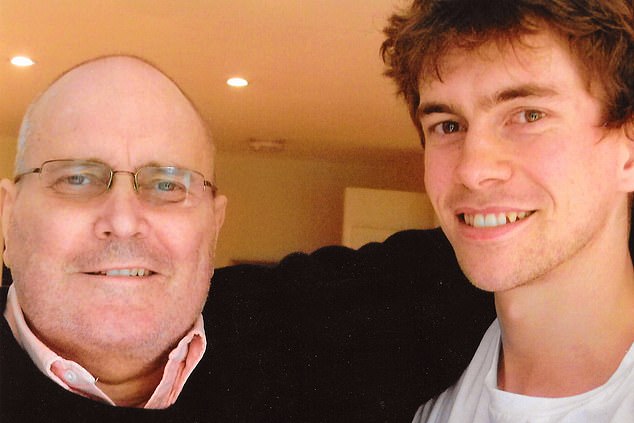 Freddy was in his bedroom in South London during the summer holidays from Edinburgh University in 2011 when his phone rang. It was his father’s girlfriend, Bev, telling him his father had been rushed to hospital while on a business trip in Mumbai

He ‘misses the mark with his plastic urine collector’ and, sweating profusely and unable to stop crying, has to be wheeled back to the car, the team forming a guard of honour as he does so. The end is now near.

One morning, Freddy finds him tucked up in his downstairs bed in the snug, the cosy room at his cottage in Farnham. He sees Freddy and lets out a long, relieved sigh. ‘My brother, my brother,’ he says.

‘I don’t correct him,’ Freddy writes. Through this dreadful experience, father and son have, in a way, become brothers. Rod’s ‘nonsensical expressions somehow went beyond the levels of love I’d ever heard expressed’.