THE BODY IN QUESTION
By Jill Ciment

The main character in Jill Ciment’s excellent new novel, “The Body in Question,” is a married 52-year-old photographer whose name isn’t mentioned until more than halfway through the book. Instead, the protagonist is referred to by her jury number, C-2, as is F-17, the medical school professor and fellow juror with whom she embarks on an affair.

The two flirt while discussing how to get out of jury duty before they’re both selected for a murder case that requires sequestration at an Econo Lodge near their homes in Central Florida. A teenage identical twin with developmental delays has been charged with the murder of her toddler brother, and the sordid tragedy has attracted not only the attention of the media but also a busload of spectators from a nearby retirement community who attend the trial.

This novel — Ciment’s sixth — is short and brisk, propelled by the suspense of multiple questions: Who is responsible for the toddler’s death? How will the trial turn out? Whether C-2 and F-17 will sleep together isn’t a question for long, but once they have, can they stop themselves from doing it again? Will they get caught? If so, what will the consequences be for both the trial and their personal lives? While F-17 is not married, C-2’s husband is 86 years old, lucid but in ailing health; she loves him and chafes at the burdens and restrictions his age imposes. 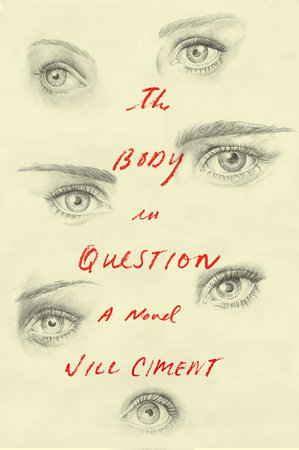 Ciment writes with a mordant intelligence and, refreshingly, doesn’t belabor topics that in someone else’s novel might take up many pages. That C-2 is “childless by choice” is dispensed with in one sentence, and similar brevity is allotted to her previous extramarital “one-, two-, three-night stands.” We learn that C-2 is neither beautiful nor distraught about her lack of beauty; for that matter, F-17 isn’t beautiful, either. C-2 is a decade older and initiates their first kiss. Soon they’re obsessed with each other, and Ciment shows their middle-aged attraction in a way that’s unabashed and quite persuasive: C-2 “is now convinced that the best thing for justice will be for them to have sex. At the very least, they will be able to concentrate again.”

Another of the many pleasures of this novel is how knowingly but matter-of-factly Ciment depicts class distinctions. Unlike most of her fellow jurors, C-2 is artistic and worldly, a vegetarian who drives a Prius. Her journalist husband won a Pulitzer decades ago and is now working on a memoir. F-17, meanwhile, is a physician and the only other juror who chooses to exercise, as C-2 does, in the Econo Lodge pool. That they find themselves sharing meals with other jurors at Olive Garden and TGI Friday’s is not described with mockery or condescension. Rather, they’re eating at Olive Garden because, sometimes, if you’re a human being in 21st-century America, that’s what you find yourself doing.

Just as C-2’s and F-17’s relative privilege doesn’t buffer them from life’s mundanities, C-2’s savvy doesn’t prevent her from making mistakes. She alone among the jury seems self-aware enough to doubt her own impressions. Ciment’s view of human fallibility is implied in one of the ways C-2 and F-17 manage to be alone together. Early on, they go outside for breaks during which they hold cigarettes and pretend to smoke them; soon they’re no longer pretending.

One suggestion: Don’t read the jacket copy, which gives away more than it needs to. Even so, the story ends in a way I hadn’t expected. I was left unsettled by this deft and gripping novel, and also deeply impressed.

Curtis Sittenfeld is the author of five novels and, most recently, a story collection called “You Think It, I’ll Say It.”