WHAT BOOK would singer and comedian Max Boyce take to a desert island?

WHAT BOOK would singer and comedian Max Boyce take to a desert island?

One I have read so many times but I never tire of: Birdsong by Sebastian Faulks. It’s a beautifully crafted book about undying love, lost youth and the futility and consequence of war. His description of Welsh coal miners tunnelling alongside German trenches in World War I is deeply moving and so sadly true. It left me wanting to read more work by a master of his craft.

Another book that stirred my soul was A Boy Made Of Blocks by Keith Stuart, about a father and his autistic child. One of the most uplifting novels I have ever read, I bought it for my secretary, whose son has mild autism, and she cried tears of joy.

I was a guest on Roy Plomley’s Desert Island Discs in 1983 and the book I chose to take to a desert island was I Can’t Stay Long by Laurie Lee, author of Cider With Rosie. 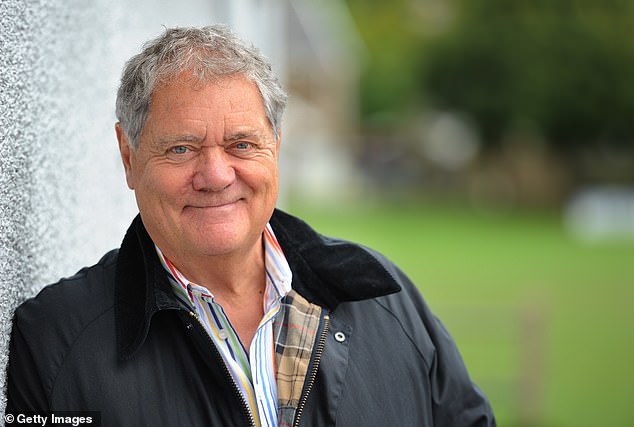 I have no reason to change my mind some 40 years on, and it still evokes so many special memories. It’s a book of essays on ‘Love’, ‘Appetite’, ‘The Firstborn’ and other masterpieces such as ‘The Village That Lost its Children’, a moving account of his visit to Aberfan after the 1966 landslip disaster.

Some years later, I invited Laurie to be my guest on my BBC Radio Wales chat show and asked him why he accepted my invitation when he had turned down so many similar requests. He said: ‘If you can take my book to a desert island, the least I can do is come from Slad to Cardiff . . .’

He was a remarkable writer who carved words like jewels.

My earliest recollection of being influenced by the spoken word was A Visit To Grandpa’s And Other Stories, by our greatest poet, Dylan Thomas.

I can also recollect the epic monologues of my childhood, ‘The Song of Hiawatha’ (‘By The Shores Of Gitche Gumee . . .’), ‘The Green Eye Of The Yellow God’ (‘There’s a one-eyed yellow idol to the north of Khatmandu . . .’) and others that I can still recite today.

My local library was the Miners’ Welfare. These institutes were built by the miners’ contributions of one penny a week. The men saw education as a way to escape the inevitability of working in the coal mines, and the institutes remain today as a testimony to their beliefs.

It was in the ‘Stiwt’ [Welsh shorthand for the Institute] that I got my first book. It was Being And Nothingness by Jean-Paul Sartre. Not that I remember any of it, but I let the book slip out onto the floor of the bus on the way home, to impress my fellow passengers .

No book has left me completely cold, but there are some I have lost interest in, the pages seemingly too heavy to turn and the light switch too far away to switch off. I was a little disappointed in the conclusion of Dan Brown’s The Da Vinci Code and felt rather let down by the anti-climactic end.

Max Boyce: Hymns & Arias — The Selected Poems, Song And Stories, will be published by Parthian Books on October 28, £20.