WHAT BOOK would novelist Jeffrey Archer take to a desert island?

WHAT BOOK would novelist Jeffrey Archer take to a desert island?

… are you reading now?

I’ve recently read Heresy by S.J. Parris, the first in the Giordano Bruno series, which is set in the 16th century. Her fascinating hero, Bruno, is a defrocked priest who is so bright that even popes and monarchs seek his advice. Heresy is set in an Oxford college where a murder takes place and everyone on high table could have done it. If you find Hilary Mantel long and demanding, you will find this an excellent read.

… would you take to a desert island?

There’s not much point in taking an Agatha Christie as I’d have finished it in a weekend and still be stuck on the island. So my choice is The Count Of Monte Cristo by Alexandre Dumas, which is not only a masterpiece but 1,200 pages.

It’s one of the best pieces of storytelling and writing I’ve ever come across. Dumas wrote this book and The Three Musketeers in the same year! Of course, there were few other distractions at the time. 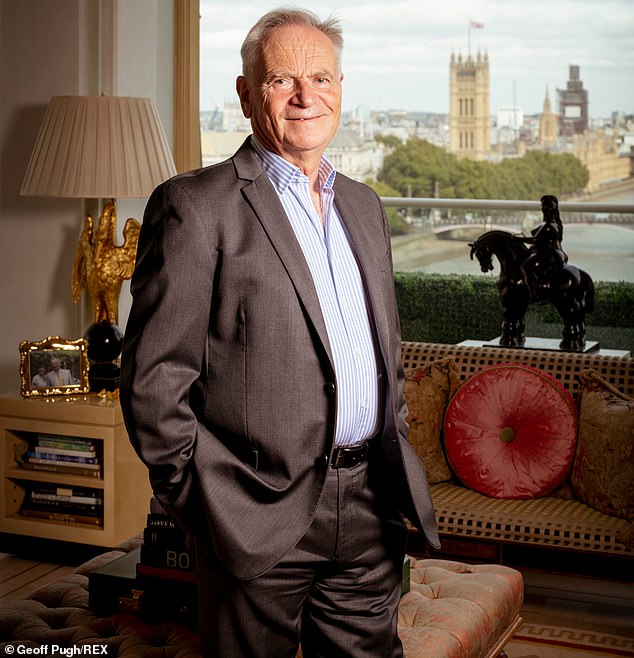 … first gave you the reading bug?

In my youth I read Swallows And Amazons (right) and the Just William books, but my love of literature took off after I came across a Bond book by Ian Fleming.

For those of you who’ve only seen the films, let me assure you that the books bring a totally different dimension to the Bond world, not least because Fleming was a spy himself. I picked one up on a charity stall for sixpence in 1954, and had read the lot a month later.

Without wishing to insult the Irish, who’ve produced so many of the world’s great writers, I’m bound to say that, despite four noble attempts over the past 50 years, I’ve never managed to finish Ulysses by James Joyce. I’ve even attended a Bloomsday breakfast in Dublin — an event named after the book’s main character, Leopold Bloom — in the hope I’d find out why so many people feel he’s the greatest. I was told very firmly to try a fifth time, which I haven’t got round to yet.

Over My Dead Body by Jeffrey Archer is published on October 12 by HarperCollins, £20.