What book would former soldier, writer and television personality Ant Middleton take to a desert island?

Maybe I Don’t Belong Here by David Harewood. I know David and am fascinated to understand more about his experience as a black British man.

I really respect and admire his honesty, particularly in the brave and detailed descriptions of his mental breakdown and the damage done to him by racism. 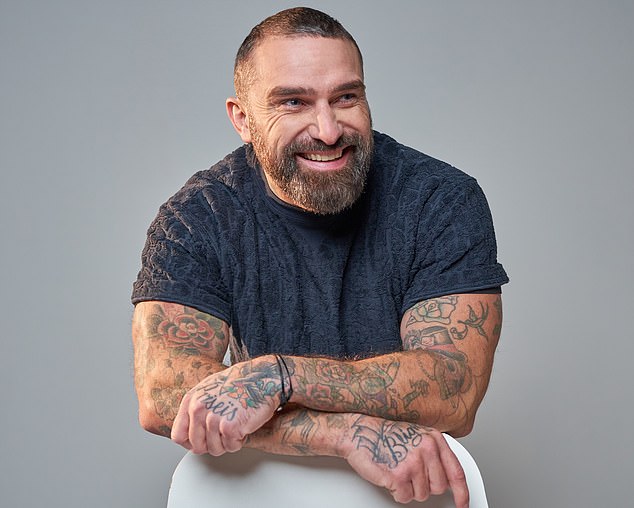 Ant Middleton (pictured) would take Beyond Possible by Nimsdai Purj to a desert island. The writer is currently reading Maybe I Don’t Belong Here by David Harewood

It’s an important and inspiring read and I’m looking forward to finishing it and understanding how he worked his way back to health and strength.

Beyond Possible by Nimsdai Purja. Nims is a great pal and one I served with in the Special Forces. He is one of the bravest people I know. He puts 110 per cent into everything he does.

This is the story of how Nims achieved the impossible — climbing 14 of the world’s highest peaks in under seven months. He never lost sight of his goal, despite the naysayers. This is why I would happily read his book again and again on my desert island. It’s a death-defying adventure story from cover to cover. It also inspired me to accept Nims’ invitation to climb K2 with him this year. It was one of the most terrifying climbs ever.

Of Mice And Men by John Steinbeck. Reading was always a passion at school and I first read this in French. I probably still can although it’s not something I’ve tried recently! What really touched me about the characters of George and Lennie was the way their stories explored the power of hope and of dreaming big — even when faced with acute physical and mental challenges. The power of the mind over the physical is a theme I explore in my own books. Our minds are our most effective tools.

A Child Called ‘It’ by Dave Pelzer chilled me. As a father of five, the cruelty of Dave’s mum and the physical and mental abuse that poor boy suffered, at the hands of someone who was meant to love and protect him, shocked me. Pelzer is an incredible survivor, though, and I know he later became a motivational speaker, which is very impressive indeed. All power to him.