WE ARE NOT YET EQUAL
Understanding Our Racial Divide
By Carol Anderson and Tonya Bolden
Read by Robin Miles
6 hours, 42 minutes. Audible Studios.
Ages 14 and up.

It is hard to sit through an entire listening of “We Are Not Yet Equal” and leave with hope. The problem is that Carol Anderson’s book performs its task so well that the final chapter, in which we are told that the time has come for change, can’t help feeling hollow and obligatory.

Anderson, a professor of African-American studies at Emory — working with a capable assist from the children’s nonfiction writer Tonya Bolden — elaborates on the premise of her previous book “White Rage.” There she argued that while the fires and protests that characterized cities like Ferguson and Baltimore in 2014 and 2015 were seen as an explosion of black rage, quite the opposite was true. The murders of unarmed citizens and the subsequent acquittals of police officers charged in their deaths were just the latest expressions of a white rage that had terrorized the entire country since Reconstruction, making victims of blacks and poor whites alike.

Such a simple but profound shift of perspective — the changing from an ahistoric lens to a historical one — is where “We Are Not Yet Equal” excels. By meticulously tracing a path from the fateful deals white abolitionists cut with the Confederacy during Reconstruction right up to the contemporary efforts to roll back voter protections as a response to Obama’s ascendancy, Anderson paints a dire picture of a country that not only combats equal citizenship for black people, but prioritizes that combat over governmental responsibilities including national security, liberty and democracy. Such an idea seems to defy explanation, but in a chapter that outlines the obsession of Southern lawmakers with preventing — through legislation, arrests and violence — blacks from escaping the slow-motion genocide of the early-20th-century South, Anderson states it clearly: “The bottom line,” she writes, “was that black economic independence was anathema to the power structure that depended on cheap, exploitable, rightless labor and required black subordination.” 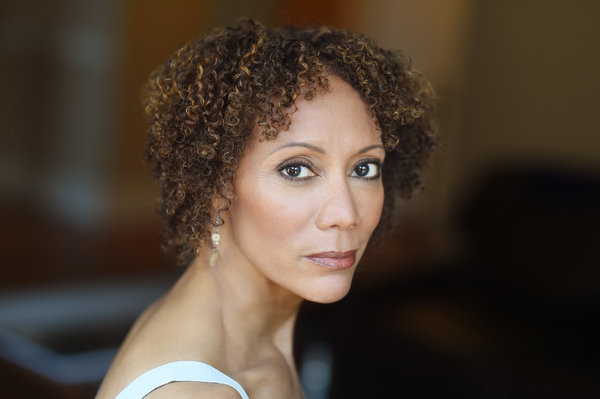 Such an analysis marries the angles of race and class that are frequently played against each other by whites on both sides of the political aisle, from Bernie bros to conservative courts that have spent decades looking for a way to deny the full enforcement of Brown v. Board of Education. In writing the majority decision in 1972’s San Antonio Independent School District v. Rodriguez, the Supreme Court justice Lewis Powell declared that school funding disparities created by property taxes were not unconstitutional, despite those disparities tracking faithfully along racial lines. “The Equal Protection Clause does not require absolute equality,” Powell famously wrote. By declaring that “insofar as the financing system disadvantages those who reside in comparatively poor school districts, the resulting class cannot be said to be suspect,” Powell concluded that the problem was class, not race, despite an enormous disparity in school funding for white students versus minority students in the state.

Anderson’s book is a story of obsession, of a country’s obsession with denying rights to a people. Told in the narrator Robin Miles’s studied, authoritative (though sometimes slow) delivery, the audiobook manages to allow, rather than force, the subject’s devastating emotional undertone. Miles, who has narrated works by Roxane Gay, bell hooks and N. K. Jemisin, excels at a technically perfect Standard American dialect but interjects just enough slightly sarcastic pauses and subtly acerbic inflections to emphasize the true meaning of the text. 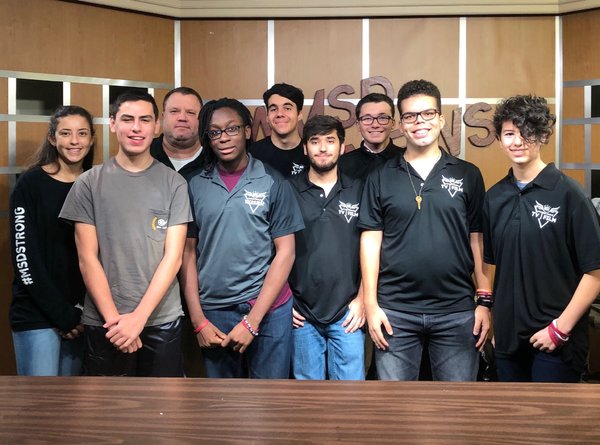 In the wake of the 2018 shooting at Marjory Stoneman Douglas High School in Parkland, Fla., true meaning was much harder to come by. But “We Say #NeverAgain” takes a powerful tack. The book comprises the writings of the school’s journalism and broadcasting classes as well as work by the student reporters and editors of the school newspaper, The Eagle Eye. In the wake of the horrific events of Feb. 14, 2018, these kids were staked to a complex intersection of roles, as traumatized victims, subjects in national news stories, activists and journalists at the center of an event that captivated the country. How they worked their way through this while also being teenagers is the subject of these pieces, which are read by the students and two of their teachers, Melissa Falkowski and Eric Garner.

Where “We Are Not Yet Equal” provides a wide-lens view of legislation and the inner workings of government, “We Say #NeverAgain” is granular. The students use this platform, built unwillingly out of a horror no child should face, to share on-the-ground perspectives on everything from gun legislation to adolescent depression, the failures of the national media to the individual acts of courage that defined the day of the shooting. Perhaps it is because I am myself a journalist that the parts that had me taking off my headphones and hiding my eyes so that no one would see me tearing up had to do with these kids’ almost quixotic clarity about what journalism is actually for. “We owed our school a complete record of the year,” Nikhita Nookala states with nearly comic lucidity in her essay “Sweating Under the Spotlight: Recognition and Responsibility.” If only it were that simple, one might think. The thrilling stunt pulled off by “We Say #NeverAgain” is that it is.

From ‘We Say #NeverAgain’

[ A Parkland survivor returns to the hospital that saved her. ]

The pieces here do much more than rehash statements about the press as a defender of democracy. In their direct actions, their certitude and their honesty, the journalism students at Marjory Stoneman Douglas are a case study in what to do when things fall apart. In a particularly potent piece, Nyan Clark reports that the senior Kelly Plaur wrapped her legs around her teacher to help shield her from bullets as they huddled in a corner of the room during the shooting. “I wanted to protect her because I knew she had kids of her own and a husband,” Plaur later recalled. “I was thinking, ‘What if this was my mom?’” The class she was in was studying the history of the Holocaust.

Elsewhere, the student journalist Rebecca Schneid despaired to learn that within days of surviving a school shooting, she was being called a fake and an enemy of the people. Yet this did not stop her. “I have decided,” she concludes, “to focus on the immense amount of love we have received from around the world to energize me and push me to work even harder toward our goal. The hate would only get in my way, and we have too much to accomplish.”

Such pluck is childish to be sure, but here childishness is neither naïve nor wrongheaded. These young journalists are as aware of the stakes and obstacles of the moment nationally as they are personally. “In many ways speaking out was our form of grieving,” Schneid later reveals. “The only time I felt composed in any way was during those interviews.” This unambiguity characterizes the book from beginning to end, elevating it above much more studied and complex treatises on this country’s perplexing moment. A collective decision was made, for example, to never mention the shooter’s name, on the undeniable logic that he “does not deserve more coverage than his victims.” One wishes that the adult media could just as easily access this uncomplicated level of moral instinct and understanding. Had we been able to, such a book may well have never been necessary in the first place.

“We Are Not Yet Equal” makes clear that this country’s collective history is nothing short of heinous. And yet, the extent to which good has ever stood a chance has been the precise extent to which every single individual who has believed in something better has acted in service of that vision. In her final chapter, Carol Anderson tells us it is time to rethink America. But it is the journalism students from Parkland who show us how.

Carvell Wallace has written for The Times Magazine and hosts the Al Jazeera podcast “Closer Than They Appear.”