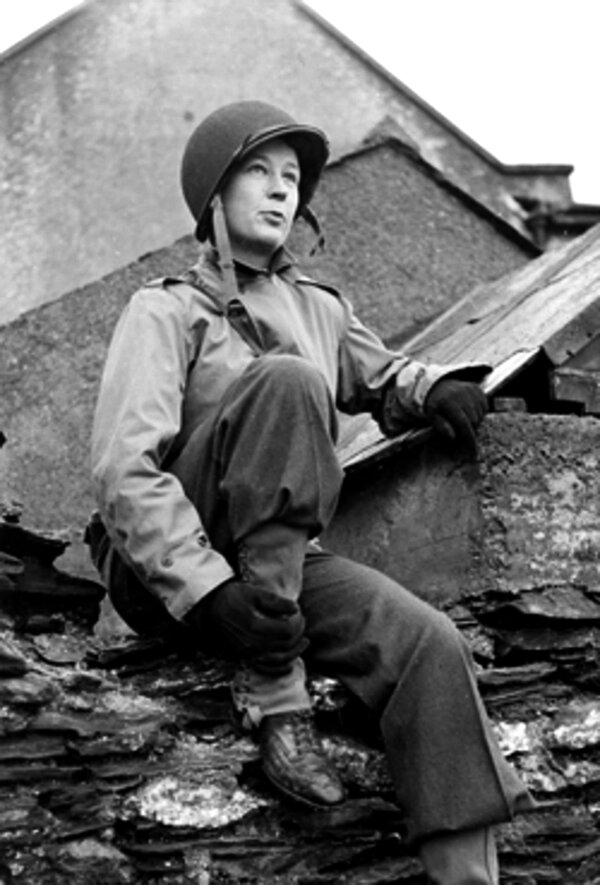 In Kabul recently after the takeover by the Taliban, I looked around the restaurant terrace of the hotel where most journalists were staying and spotted Lyse Doucet from the BBC, Susannah George of The Washington Post, Lindsey Hilsum of Channel 4 and Margaux Benn of France 24 and Le Figaro, while the CNN correspondent Clarissa Ward had just left. Women were outnumbering men. There’s nothing strange in that these days, even if we had all been told to cover our hair by the resident Taliban commander, who complained, “We didn’t fight jihad for 20 years for women to walk around like that.”

For female war correspondents during World War II, what to do with their hair was the least of their worries and, if it weren’t for their pioneering work, my colleagues and I on the hotel terrace might not have been in Afghanistan at all.

As “The Correspondents: Six Women Writers on the Front Lines of World War II,” by Judith Mackrell, recounts, not only did female journalists face the challenges and dangers of actually reporting the war, but first they had to battle even to be allowed to cover it. Barred from combat zones, they had to hitchhike to the front line and struggled to get assignments from editors, some of whom fielded complaints from readers who did not want their news to come from women correspondents.

Sometimes the misogyny originated closer to home. “Are you a war correspondent or wife in my bed?” Ernest Hemingway demanded in a cable from his Cuban finca to his spouse, Martha Gellhorn, who was away covering the war. Then, in an astonishingly vindictive act, he got her own magazine, Collier’s, to assign him to cover the liberation of Europe.

Gellhorn was not to be outdone. As Hemingway and other male correspondents were shepherded onto assault crafts headed toward Normandy for the D-Day landings, she hitched a ride to an English port and convinced a policeman she had permission to interview American nurses on a hospital ship. Once on board she locked herself in an empty bathroom, and waited, terrified someone would find her, until she heard the grinding sound of the anchor rising.