‘Tired of Running’: A Sci-Fi Veteran Tells His Own (Earthling) Story

If anything sums up J. Michael Straczynski’s memoir, it is “Doesn’t matter, get up, keep fighting,” a mantra that appears seven times in the epilogue.

The preceding pages of the book, “Becoming Superman: My Journey From Poverty to Hollywood,” out on Tuesday from Harper Voyager, make it clear why. Straczynski, a writer of screenplays and comic books best known for creating the television series “Babylon 5,” chronicles a life that in his childhood was dominated by dysfunction — his father was a physically abusive Nazi sympathizer, his mother was distant and frequently institutionalized — and as an adult by professional success that came with its own tensions and crises.

Superman, whom Straczynski discovers through the 1950s TV series starring George Reeves, shows him that life can be different. Unlike his father, Straczynski writes, Superman “was kind and honest and fair, and he never hit anybody who didn’t hit him first.”

The idea that people can escape their circumstances inspired Straczynski, 65, to write “Becoming Superman.” “For years I’ve been saying at conventions, if I can do it, anybody can do it,” he said during an interview this month. “But that doesn’t mean anything if you don’t know the context.” 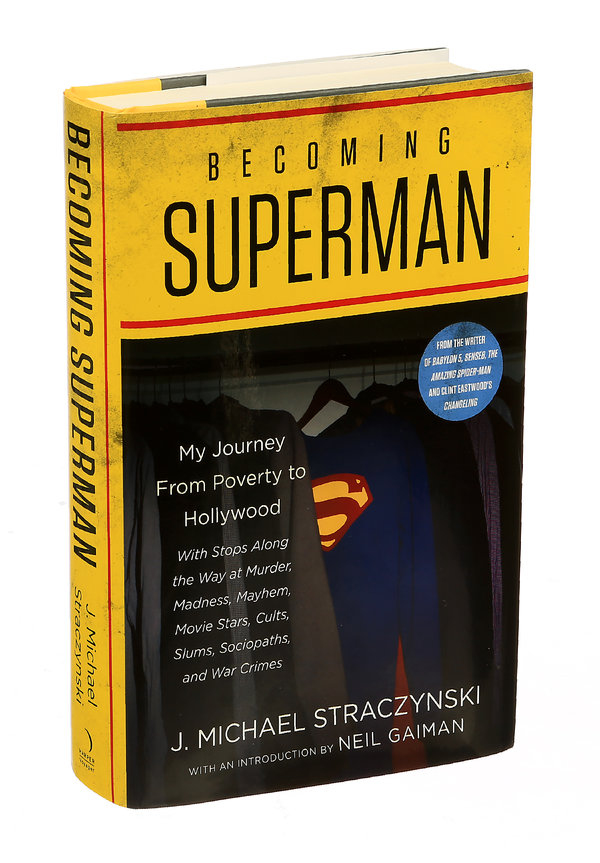 The context that he describes in his book is upsetting. Straczynski was born in Paterson, N.J., but his family moved frequently (21 times in 19 years). His father beats him with a belt and his fists, at one point shredding his beloved comic book collection as punishment. His mother, who Straczynski writes was beaten and raped by his father, suffered from depression and was emotionally absent.

“Once when she was petting her cat, her hand accidentally brushed mine. It’s the only time I can remember her touching me with affection,” he writes. Both of his parents died years ago, but the book includes corroboration from relatives, including one of his sisters.

Straczynski said he had not previously discussed his past because he was afraid of what people would think of him. “It’s hard when you tell someone, yeah, I was conceived in a brothel. Where do you go from there in the conversation?” (His mother, he writes, was working there during one of her attempts to flee his father.) “I just got tired of running. I got tired of living a lie.” 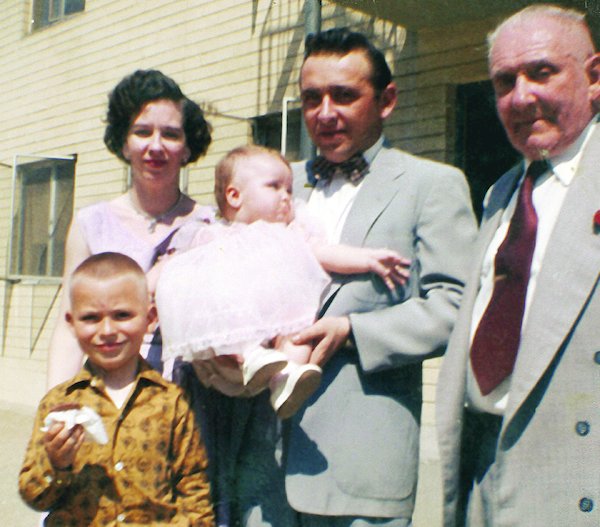 As he has begun to promote the book at comic book conventions, Straczynski has discovered that his fraught upbringing strikes a chord with some fans. Adam-Troy Castro, who is reviewing the book for Sci Fi Magazine, emailed the author about his own father. “Clearly, if this is a terrible childhood contest, you ‘win.’ But nevertheless, there were enough things in your account that resonated with my memories.”

Straczynski develops a love of storytelling through comic books. As a boy, he reads each issue at least twice: once as a fan and again to study how the action and dialogue is presented. “It never occurred to me that I might one day want to write comics for a living,” he writes. “I just wanted to peek under the hood and figure out how the engine worked.”

When Straczynski recounts his career, each job seems to head toward a breaking point. In the 1980s, he wrote a spec script for the cartoon “He-Man and the Masters of the Universe,” which grabbed the attention of a producer and led to a staff job. Straczynski then worked on a spinoff series, “She-Ra: Princess of Power,” but quit when the animation studio didn’t credit him as a story editor.

He continued to land and quit jobs in television, including work on the cartoons “The Real Ghostbusters” and “Captain Power and the Soldiers of the Future” and the live-action crime series “Jake and the Fatman,” repeatedly leaving over creative differences. Asked whether he regretted any of his career decisions, he answered, “Yes and no.”

“Would my life be easier if I didn’t do those things? Absolutely,” Straczynski said. As any kind of artist, he added, “you have to decide what you will stand for and what you will not.”

His TV credits include shows ranging from “Murder, She Wrote” to “Babylon 5” and the Netflix series “Sense8.” In comics, he worked on the Amazing Spider-Man for six years, including an issue responding to Sept. 11, as well as Superman: Earth One, which revisited the hero’s origin for modern times.

Now Straczynski, who lives in Los Angeles, is developing a pilot for a USA Networks fantasy series; writing the origin story for the superheroes of AWA, a new comics publisher; and working on a feature adaptation of his comic book series, Rising Stars, for MGM. He also has a novel coming from Simon & Schuster.

“He’s the most versatile and complete writer I’ve ever worked with,” said Axel Alonso, the chief creative officer of AWA, who began working with Straczynski nearly 20 years ago at Marvel. “His ability to find unexplored nooks and crannies in characters who have been around for decades and mine them is unparalleled.”

At some point, when he slows down enough to make room, Straczynski hopes to teach writing. “I think it is important, if you reach any level of success, to send the elevator down for the next guy,” he said. But he isn’t looking for an elite perch.

“If you can afford U.S.C. or U.C.L.A., you don’t need me,” he said. “The guys at the junior college who can’t afford those resources — that’s where I can do the most good.”

George Gustines is a senior editor. He began writing about the comic book industry in 2002. @georgegustines • Facebook