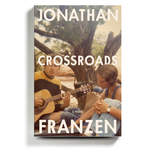 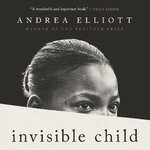 Jonathan Franzen’s new novel, “Crossroads,” has generated a lot of discussion, as his work tends to do. The novelist and critic Thomas Mallon, who reviewed “Crossroads” for us, is on the podcast this week to talk about the book and to place it in the context of Franzen’s entire career.

“He is fundamentally a social novelist, and his basic unit of society is the family,” Mallon says. “Always families are important in Franzen, and we move outward from the family into the business, into the town, into whatever the larger units are. His novels are likely to remain as indicators of what the world was like at the time he was writing. This new novel is a little bit different in that he’s going back 50 years. The Nixon era is now, definitely, historical novel material.”

Joshua Ferris visits the podcast to talk about his new novel, “A Calling for Charlie Barnes.”

“It’s basically about a guy who has floundered all his life until the moment that he gets pancreatic cancer,” Ferris says. “His diagnosis is a little back and forth, he’s not really being honest with too many people in his life about what’s going on. But eventually this rather thundering and life-changing disease happens to him. He’s got to deal with it, he’s got to get an operation and go through chemo and all the rest of it. And he changes his life. That’s sort of the plot of the book, I suppose. But it’s narrated by a tricky fellow who is related to him and determines the narrative as much as Charlie himself.”

Also on this week’s episode, Tina Jordan looks back at Book Review history as it celebrates its 125th anniversary; Alexandra Alter has news from the publishing world; and our new book critics, Molly Young and Alexandra Jacobs, introduce themselves and talk about their approaches to literary criticism. Pamela Paul is the host.

We would love to hear your thoughts about this episode, and about the Book Review’s podcast in general. You can send them to [email protected].