This Debut Is a Jail Novel, but Funny

RIOTS I HAVE KNOWN
By Ryan Chapman

MF, the narrator of Ryan Chapman’s debut novel, “Riots I Have Known,” seems in fact to have known only one, which he relates via his blog from inside the Westbrook prison’s Will and Edith Rosenberg Media Center for Journalistic Excellence in the Penal Arts. It’s the first of the novel’s many misdirections, a bait-and-switch operating at many levels. The novel is set during a riot, but its plot is incredibly static (the story ends in almost the same situation as that in which it opens); it boasts murders, shivvings, fights and beatings, but often treats these so lightly that they come across as jarringly bloodless. The central misdirection, however, is MF’s claim that he is writing “an official accounting of events, as they happened,” of his career as “the Widow Killer” to counter an unauthorized tell-all that he feels misrepresents him. 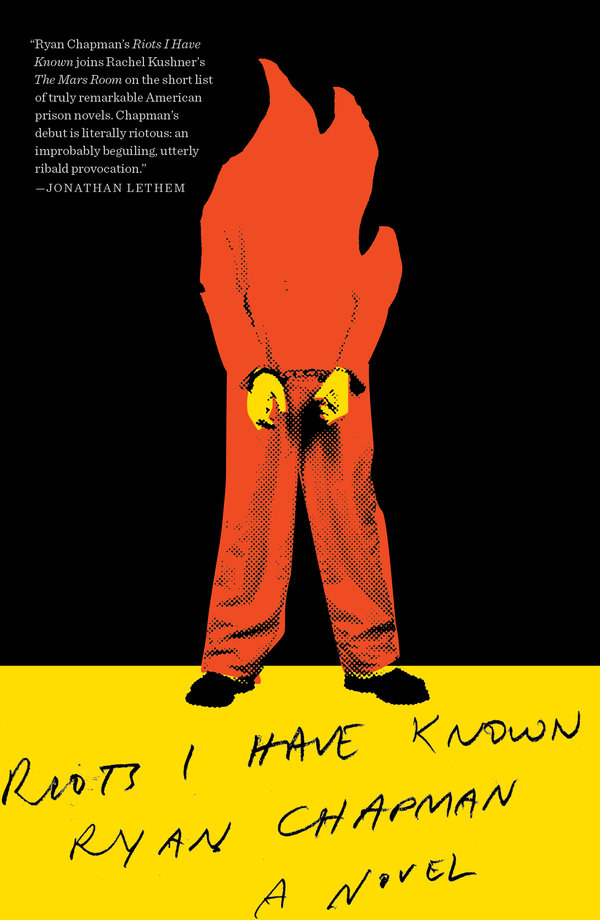 But his promised account never emerges. Instead, as he waits behind a barricade of office furniture for the riot to reach him — at which point, he believes, he will be killed — he recounts episodes from his childhood in Sri Lanka; discusses his career as doorman at the Bearnaise, the upscale apartment building on Central Park West in Manhattan where he found his victims; and relives his triumphs as the editor of the world-renowned “post-penal literary magazine” The Holding Pen. Unlike Charles Kinbote in Nabokov’s “Pale Fire” — whom MF sometimes resembles in his eagerness to give his work a “critical framework that is better imagined as, say, a critical latticework or, if you will, a critical escalier of faddish hermeneutics, correctional epistemologies” — Chapman’s narrator seems not to be inflating the facts. We’re told The Holding Pen has spawned fan-fiction and merch; been discussed on “60 Minutes” and on the Senate floor; gained broad popularity “in the Braille community, ‘among sight-impaired and non-sight-impaired readers alike’”; and been named a “‘key trend driver’ in the Hong Kong luxury market.” Some contributors, such as O’Bastardface and MF himself, become public figures.

None of the prisoners, MF included, is especially rounded: The book gives far more space to puns, digressions and asides than to character development, and tends to classify inmates reductively as “skinheads,” “Muslim Brothers,” “Latin Kings” and so on. (Only Holding Pen contributors get slightly closer attention.) “Riots I Have Known” is less concerned with the prisoners themselves than with its late-night-comic’s trope of prisoners, but is repeating a trope with a lilt of irony enough to satirize it, or does repetition merely impress it further into the Silly Putty of our collective imagination? Is “Riots I Have Known” a rumination on the thoughtlessly dehumanizing way we treat our incarcerated, or simply one more example of it?

Tadzio Koelb is the author of the novel “Trenton Makes.”