The Western Front Diaries of Charles Bean: The journalist as witness to history 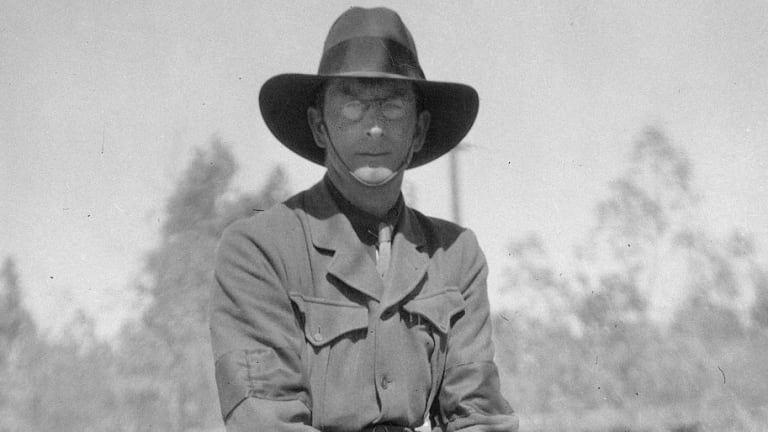 Charles Bean pictured near Mena Camp in Egypt prior to departure to Gallipoli. Courtesy of the Australian War Memorial.

There is no shortage of writing by and about Charles Bean, Australia's sole official war correspondent for most of the years of the Great War. Following the war he published his Gallipoli diaries and oversaw the Australian official history of the conflict, writing six of the 12 volumes himself. There have also been several biographies of Bean. Now Peter Burness has assembled a vast collection of extracts from Bean's diaries during his time on the Western Front between April 1916 and November 1918.

Bean was born in Bathurst in 1879 but educated in England, reading classics and law at Oxford. He returned to Australia and joined The Sydney Morning Herald in 1908. At the outbreak of the war in August 1914 he was appointed Australia's only official war correspondent and filed many reports from Gallipoli before moving to the Western Front early in 1916. 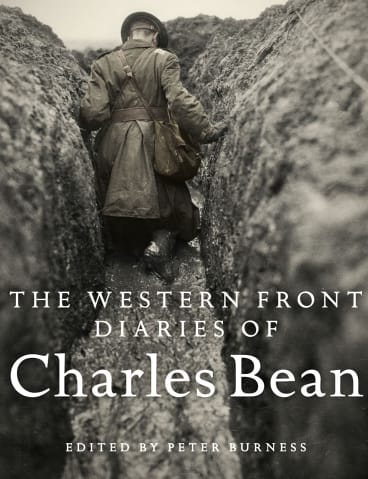 Despite its price, this book is a remarkable bargain. In addition to being printed on high-quality paper, it contains not only the diary entries but also hundreds of photos, maps, drawings, explanatory notes and miniature biographies of many of the characters referred to in the diary extracts.

During the war years Bean moved in high circles, having almost open access to visiting Australian politicians, including the Prime Minister Billy Hughes and to the highest ranking military personnel. His diaries make it clear that, despite being surrounded by constant slaughter, he believed in the war, at least in the sense that the soldiers could only go home when the war had been won. This no doubt made it easier for him to accept the rigorous censorship that was applied by the military authorities, although even Bean complained about this on occasions.

Not only were accounts of the fighting heavily sanitised but no photos were allowed that might show the true nature of the conflict. Bean's photo of stretcher bearers carrying wounded across no-man's land was prohibited because it showed them carrying a white flag and this was considered as undermining the war effort. References to the mud in which so much of the fighting took place were also unacceptable because this might affect civilian morale at home. It is interesting to speculate whether support for the war could have been maintained if its full horrors had been publicised. Certainly public opinion about the Vietnam war was significantly affected by television coverage of the conflict.

Not surprisingly perhaps, given Bean's general acceptance of the war, there is no real discussion in the diaries of whether there was any alternative to the British strategy of attrition, orchestrated by its senior commander, General Haig, and the cause, for example, of 20,000 British dead on the first day of the Somme, July 1, 1916.

One of the few commanders who attempted some refinement of this strategy was the Australian general, John Monash, generally accepted as one of the best military minds on the allied side. Bean, however, was consistently hostile to Monash, arguing that "we do not want Australia represented by men mainly because of their ability, natural and inborn in Jews, to push themselves". So too was Keith Murdoch, an Australian journalist and close friend of Bean's who was then based in London but became a press baron in his later career in Australia. Bean was also scathing in his view of the British army: "Generals without brains and an army without physique – and there you have it."

Sometimes the diaries capture graphically the awful prospect confronting the new arrival at the front: "This new force of ours is just realising … that there is only one way out of this war for an infantryman – and that is on his back; either sick, wounded, or dead … they will be put out to fight and fight and fight again – until if not in this battle then in the next each man gets his bullet. There is no way out."

Again, however, consistently with his view of the war, Bean was in favour of conscription in Australia and disappointed when it was rejected at two plebiscites in October 1916 and December 1917, particularly when even the soldiers overseas voted "no" on the second occasion.

This book makes accessible an important piece of Australian history and both the editor and the publisher deserve congratulations for it.