The San Francisco Homeless Crisis: What Has Gone Wrong? 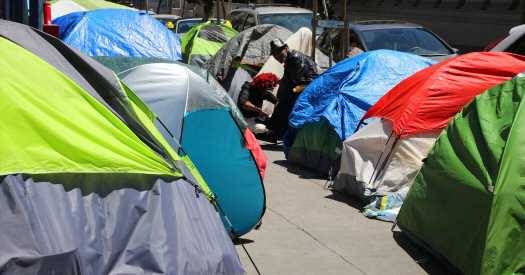 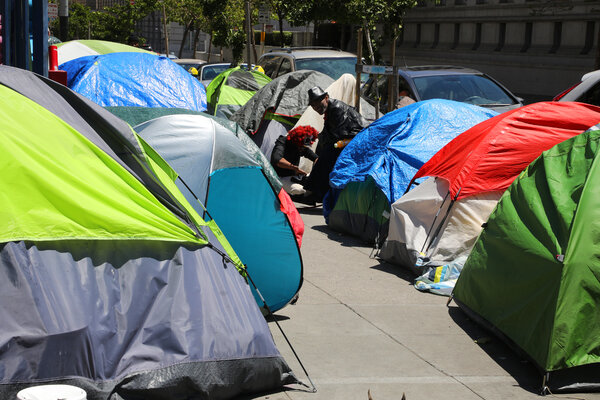 This investigation into the causes and costs of San Francisco’s homelessness crisis, written by the journalist-turned-culture-warrior Michael Shellenberger, gets one important thing right: The city’s progressive leadership has proved totally incapable of ending the huge spectacle and tragedy in the streets. Today in the City by the Bay, one of every 100 residents is homeless, and between 2005 and 2020, the number of people sleeping on the streets or in tents nearly doubled, even as the number of unhoused people elsewhere in America declined. Of the city’s estimated 8,124 people who are currently unhoused, a full 73 percent are “unsheltered” — meaning they sleep out of doors, in tents, under highway overpasses. (In New York City, by comparison, just 3 percent are unsheltered.) Across the Bay, in Alameda County, which includes Oakland and Berkeley, the situation is by some measures even worse — homelessness has nearly doubled in the last five years. “There’s a cruelty here that I don’t think I’ve seen,” the United Nations’ special rapporteur remarked on a visit in 2018, “and I’ve done outreach on every continent.”

Shellenberger promises in “San Fransicko” to explain how things got this way and how we might solve them. This, he argues, means blaming progressives and Democrats, who are in control at every level of city and state government. “How and why,” he wonders, “do progressives ruin cities?”

He’s right that there’s too little candid discussion about the seeming contradictions between the good intentions and dubious outcomes of Bay Area policies. San Francisco, which allocated $1.25 billion for homelessness and related services from 2018 to 2021, spends more per resident than Los Angeles or New York City, but a failure of clear leadership and planning, and ineffective nonprofit management, has led to tremendous waste. Last year, for example, city officials turned Civic Center Plaza into a “safe sleeping site,” installing tents for 262 unhoused people. Each tent cost the city $61,000, 2.5 times the median annual rent for a one-bedroom apartment.

Unfortunately, Shellenberger isn’t really interested in having a nuanced debate about failed policies. His ultimate goal is more ambitious: He wants to redefine homelessness as a problem caused not by poverty or lack of housing but as one caused by addiction, mental illness and “disaffiliation,” by which he means “choice.” Claiming that the homeless choose to live on the streets is an old conservative cliché, but Shellenberger injects it with new life by blaming the “pathological altruism” of woke progressive culture. “One word, ‘homeless,’ entails an entire, insidious discourse that acts unconsciously and subliminally on our hearts and minds,” he writes, “rendering us unable to understand the reality before us.”

The facts, however, don’t support his argument. According to experts, as many as 30-40 percent of San Francisco’s unhoused may suffer from some form of mental illness, but addiction and mental illness are often the result of homelessness, or are greatly exacerbated by the stress of living on the streets, not its root cause. When asked to self-report in a city survey, 25 percent of unhoused respondents cited job loss as the primary cause of their homelessness, 18 percent cited substance abuse and 13 percent eviction; only 8 percent listed mental illness. What’s more, conceiving of homelessness as a problem caused primarily by addiction and mental illness is even less useful when trying to explain what is new about the crisis — that is, why it has gotten so much worse in the Bay Area in recent years. “The biggest growth area in homelessness” is “actually people who still have a car or an RV and are choosing to live in it because they can’t afford housing,” said Elaine de Coligny, the executive director of EveryOne Counts, the organization that conducts the homeless census across California.