The Ripper’s victims brought back to life

The Ripper’s victims brought back to life: Fascinating new book explores the little-known lives of those who died at the hands of the notorious serial killer

THE FIVE: THE UNTOLD LIVES OF THE WOMEN KILLED BY JACK THE RIPPER

Do we all have a subconscious human tendency to take murder victims less seriously if they worked in the sex trade?

Hallie Rubenhold, author of this powerful and brilliantly researched examination of Jack The Ripper’s five named victims — ‘prostitutes’ whose throats he slit in the nights of autumn 1888 in Whitechapel — certainly believes so.

Soon after the murders, a reader wrote to The Times observing that the Ripper ‘at all events has made his contribution towards solving the problem of clearing the East End of its vicious inhabitants’.

Even nowadays, we tend to brush such women aside. The judge in the 2008 Ipswich serial murders trial felt the need to instruct the jury to ‘lay aside their prejudices’ against the five victims who were prostitutes. 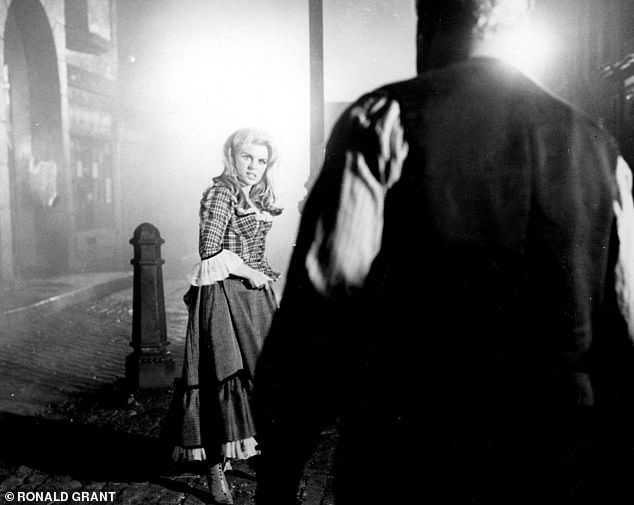 Author Hallie Rubenhold recalls the lives of Jack The Ripper’s five victims in a new book, pictured: The 1979 Ripper film Murder By Decree

Rubenhold forces our fascination away from the murders and tells the life stories of the Ripper victims, each loaded with pathos and tragedy even before they were murdered.

She has two chief messages to drive home to us: first, that there’s no evidence that three out of the five women were prostitutes at all, and second, that even if they were, they deserve exactly as much attention as any murder victim.

In each story, a little girl is born, full of promise and hope, and you wait for the dreaded lurch in their lives that’s going to take them to Whitechapel, to homelessness, to misery and to gruesome death.

This book immerses you deeply in the reality of being destitute in Victorian London. Each morning, 70,000 people in the city woke up having no idea where they would lay their heads that night.

In Whitechapel alone, there were 233 vermin-infested ‘doss-houses’ where you could sleep if you could find 4d. If you couldn’t, you were consigned to the streets and had to find a quiet corner to lie down against a wall.

Rubenhold decides to keep Jack the Ripper himself totally absent from the book, so the last we see of these women is at the moment when they lie down alone to sleep on what would be the final night of their lives.

Polly, a blacksmith’s daughter, married William Nichols at St Bride’s, Fleet Street; they had four children and were judged to be a family of such good morals that they were chosen to live in one of the brand-new Peabody Dwellings in Walworth that had indoor lavatories. Luxury!

Annie, daughter of a gentleman’s valet, married John Chapman, a reputable coachman, and they lived in well-appointed quarters in Berkshire attached to a grand house which the Prince of Wales visited during Ascot week. 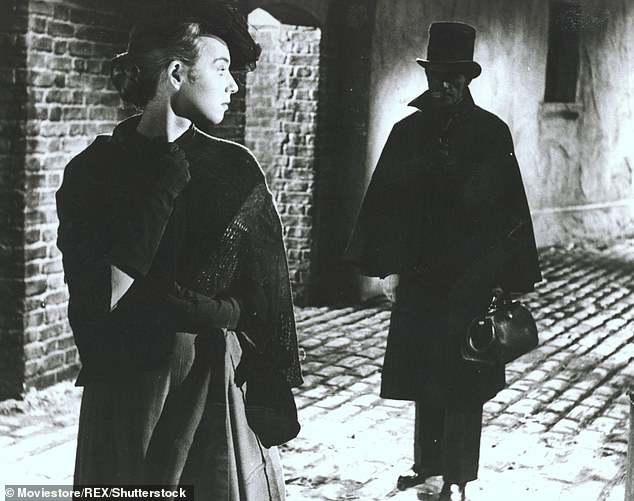 Hallie revealed each of the Ripper’s victims had a moment in their life that went catastrophically wrong, Annie was a closest alcoholic and Elizabeth’s life sank into drunkenness and prostitution (file image)

Elizabeth, a farmer’s daughter from an upright Lutheran family in Sweden, left home for Gothenberg to get a job in domestic service.

Kate had a good education, then took up with a delightful-sounding Irish pedlar and they made their living roaming from town to town singing ballads. They did particularly well at public hangings, where crowds were thronging. Mary Jane was no ordinary prostitute: she moved in high circles, dazzling and servicing the wealthy men of Piccadilly and Regent Street.

In each case, something went catastrophically wrong. Polly’s husband embarked on an affair with their neighbour Rosetta. Polly stormed out. ‘Leaving the familial home,’ Rubenhold writes, ‘rendered a woman unfit, immoral, a specimen of broken womanhood.’ From then on, she was caught in a spiral of poverty, workhouses, rough sleeping, casual wards (wings of workhouses where you had to spend two nights and work in between), and alcoholism.

Life would have been rosy for Annie and John Chapman — if Annie hadn’t been a closet alcoholic. Of their babies, the first was born with epileptic seizures; the second lived for a day; the third was born with foetal alcohol syndrome; the fourth, fifth and sixth died as babies; and the seventh was born with paralysis.

Number of prostitutes working in Whitechapel in 1888

Annie drowned her despair in even more drink and descended steeply from respectable wife to destitute tramp.

Elizabeth made her fatal mistake early: while in domestic service in Sweden, she took up with a young man who made her pregnant. Instantly she was branded a prostitute and forced to submit to regular syphilis checks by the authorities.

She gave birth to a stillborn girl. She sailed to England to start afresh, married a Methodist called John Stride, and ran a coffee house in Poplar (hope again!). But they fell into debt, couldn’t have children, and separated. Elizabeth’s life sank into drunkenness, prostitution and perhaps psychosis caused by late-stage syphilis. She was murdered in Dutfield’s Yard on the night of September 30, 1888.

Kate’s roaming life singing ballads with her beloved Irish pedlar brings a real sense of freedom and fresh air to this claustrophobic book. 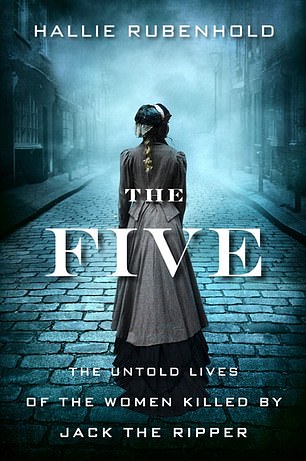 THE FIVE: THE UNTOLD LIVES OF THE WOMEN KILLED BY JACK THE RIPPER by Hallie Rubenhold (Doubleday £16.99, 352pp)

But, inevitably, they ended up in London, where life was brutal and tough, and the Irishman became violent. Kate left him, took to drink, and descended into a cycle of trying to scrape money together for the doss-house and being turfed out on to the streets.

On the same night that Elizabeth was brutally murdered, just streets away in Mitre Yard, Kate lay down against a wall for the last time, curled up to sleep — and was knifed to death.

Mary Jane suffered the traumatic but all-too-common horror of being trafficked to France to work in a ‘maison close’, a kind of domestic gilded French cage for prostitutes.

She escaped back to London, and took up with a porter at Billingsgate Market (hope again!). But he lost his job, they both liked drinking, they quarrelled, and Mary Jane lay down to sleep for the final time alone in a bare room in Dorset Street where she was eviscerated, the only one of the five to die with a roof over her head.

By collating these five deeply affecting biographies, all of them ending in the same cluster of Whitechapel streets, Rubenhold has given these women the immortality that their murderer does not deserve.