The People of Mbomo Tell Their Stories

“Congo Tales,” a new book published recently by Prestel, began as a call to action to save the Odzala-Kokoua National Park in the heart of the Congo Basin, which is the second-largest tropical forest in the world after the Amazon, from the threats of climate change.

It soon became a book about the stories of the people who live there. 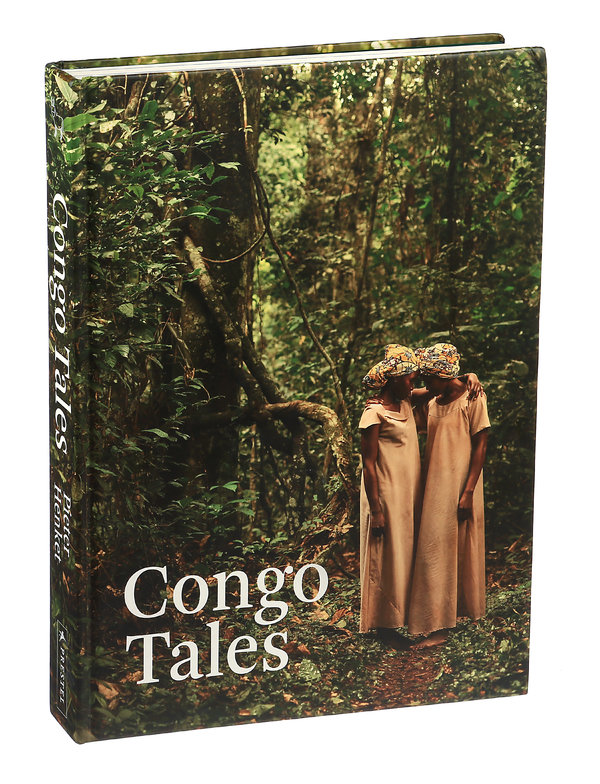 A team including Pieter Henket, a Dutch photographer; Eva Vonk, a Dutch producer; Steve Regis “Kovo” N’Sondé, a Congolese artist and philosopher; his brother Wilfried N’Sondé, a Congolese writer and musician; and a group of conservationists and researchers spent five years in the basin. There, they collected and translated the tales of the people of the Mbomo region. The stories were then edited by the N’Sondé brothers, a job suited to the pair who grew up with stories passed down from their grandmother.

“These stories, through the values and symbols they carry, are our legacy,” said Kovo N’Sondé. “When I say our, I don’t only mean Congolese citizens or Bantu peoples, I mean mankind. These stories are all about wisdom, knowledge, ethical and aesthetic principles.” 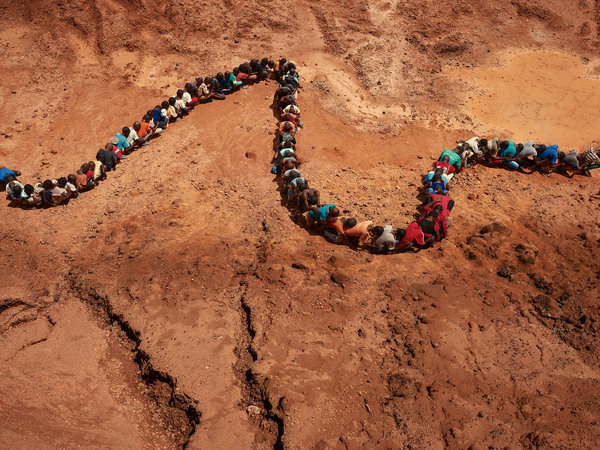 A project of this nature is bound to draw scrutiny and face skepticism about exploiting native peoples and rituals. But this collaboration offers an opportunity to grapple with what an ethical approach to storytelling might look like. “Storytelling is such a powerful thing with which we pass on information from generation to generation,” Vonk said. “Any authenticity I have gained is just by listening and not trying to explain.”

Henket, who photographed the community members’ re-enactments of the stories, viewed his presence as more about offering technical expertise, such as lighting and composition. “What I wanted to do with the Mbomo people was to really let them tell the stories how they wanted to see it,” he said.

I spoke with Henket about some of the photographs in the book and their accompanying stories. Below are excerpts from that conversation.

I took a portrait of the eldest people in the village because there is a saying that when the old people die it’s like a library of stories burning down. That whole concept on its own is already beautiful so we wanted to build on that.

All Mbomo families have their own totem animals that represent them. We asked the kids about their family’s totem animal and how they would express it. After a week of shooting, the whole village got involved and everyone wanted to be a part of it. This girl came with this simple leaf and put it on top of her head and we asked “What are you?” and she said, “I’m a bird.”

This boy came in wearing this dress with moons and stars on it. We asked him what totem animal he would be and he said, “I’m a butterfly." We asked him: “How would you represent that?” Together with our art director, he made this butterfly costume.

The Woman in the Moon

We wanted to keep this story, which symbolizes how the days of the week were established, light and very much fantasy, so we created this wooden moon. All the kids wanted to be a part of this picture, and they started to come out of the forest with their own hats and their own masks. It adds to the whole goal of them telling their own stories instead of telling them to do this or do that.

The Little Fish and the Crocodile

The difficult part is deciding what parts of the story are important to tell. With photography you have to choose moments. I wanted to somehow show the fish eggs and I thought it would be a beautiful composition to have all these children sitting in the river bank.

The Woman Who Traded Her Baby for Honey

This story about a woman trying to escape an abusive relationship is very much about female power. The casting process was super fun for this one because while we were shooting there were always a few people who stayed around us. These girls, who were in that group, were tough cool girls, and I thought they would fit perfectly for this powerful image.

The Murder of the Elders

The man in the middle is Bosco, and he is sort of the unofficial mayor of the village. This is a story about how all the young boys decide at one point that they want to take power from the elders so they kill all the elders. But then they realize you need the wisdom from the elders. This picture represents that realization with Bosco as the elder and his son looking at the camera.