The Manhattan ‘Madam’ Who Hobnobbed With the City’s Elite 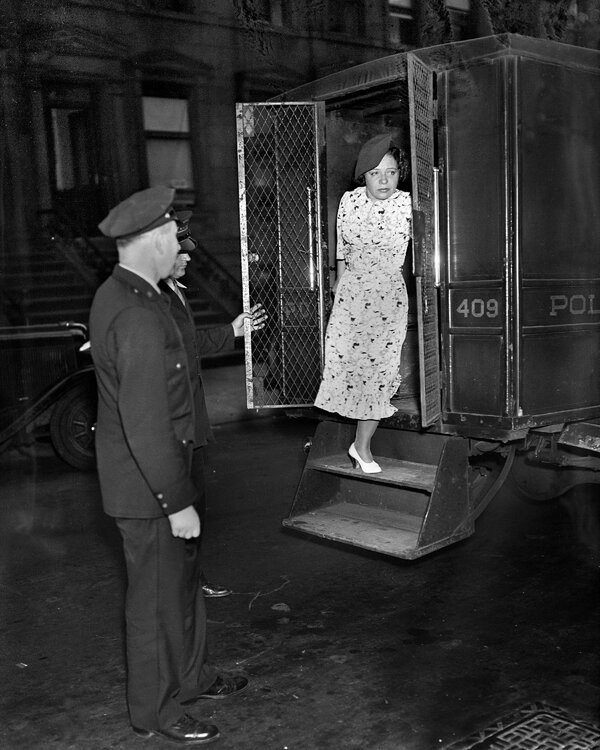 MADAM
The Biography of Polly Adler, Icon of the Jazz Age
By Debby Applegate

Pearl Adler, gifted with neither height nor looks, grew up in the Russian Pale not far from Pinsk to a peripatetic tailor who considered himself a bit of a dandy. Years later, after Pearl’s birth records were lost to fire and war, her parents would guess that she had been born in 1900, making her, in her father’s words, a child of the 20th century. With pogroms mounting, he packed her off at 13 for the golden land of the United States, accompanied by a cousin already heading there. Mid-journey, the cousin begged off, but Pearl had the wherewithal to continue on alone.

Her father had arranged for her to live with a family in Massachusetts, but once acclimatized, she made her escape to relatives in Brownsville, N.Y. Already attracted to the seediness and pleasures of Coney Island, she was easily lured by the underworld, and by 1920 was living with a showgirl as her roommate on Manhattan’s Riverside Drive (“Allrightnik’s Row” in the city’s Yiddish slang, indicating you had made it). That same year Prohibition went into effect, and the party was on.

Within a few months, Pearl, now renamed Polly by her new friends, had opened her first brothel, conveniently located across from Columbia University. Speakeasies sprouted “like mushrooms”: “Manic, uninhibited revelry echoed everywhere, from the Bronx to Greenwich Village.” Predictably, everyone was trying to get a piece of the action, including the vice squad, which ran a shakedown business that had Polly’s bank account rising and falling like out-of-control blood pressure. (Although one might say her family, who would soon be arriving in America, did much the same; they were all too happy to take her money even as they barred her from their Seder.)

The more successful Polly became, the more hounded she was — by the police, by Tammany Hall, by the Broadway mob. Her brothel was distinguished by good hygiene and well-selected “girls.” (When the Depression hit, Polly was able to turn away up to 40 young women for every one she hired — an acceptance rate analogous to that of the Ivy League these days.) But as the business evolved, her brothel also offered less tangible services: It took on the appearance of a literary salon, with drink from the best bootleggers, food from her private cooks and good company from Polly. It became the after-hours place not only for gangsters, lowlifes and politicians, but also for the Algonquin Round Table and for writers at The New Yorker. (Dorothy Parker and Polly would chat while the men availed themselves of the services.) Here, an often unexplored exploitation haunts Applegate’s narrative: Polly, who has claimed the American dream and sits sipping drinks with the celebrated Parker, is also the one who procured these young, mostly working-class women.

Having famous friends also meant that Polly became the subject of gossip columns, jokes and banter, which added to her renown. But not everything was so peachy; her gangster friends were just as likely to fleece or beat her as they were to trade laughs and cook up schemes with her. Of course, misogyny was hardly the sole purview of the underworld; the gossip columnist Walter Winchell, who used Polly’s services extensively, balked when an up-and-coming bandleader fell in love with her. Winchell objected that the bandleader, who could have had any woman he desired, was dating a “broken-down old whore and an ugly one at that.”

Replete with accounts of Polly’s many court battles, newspaper headlines, mobster dealings and society gossip, “Madam” is a breathless tale told through extraordinary research. Indeed, the galloping pace of Applegate’s book sometimes makes the reader want to pull out a white flag and wave in surrender — begging for her to slow down. The mob violence, political corruption, social approbation and multitude of johns that Polly confronts at her ever-changing brothel locations are both impressive and unrelenting. And while Polly seems to be in the thick of the action, those who surround her often also outshine her. In the book’s last pages, Applegate makes a forthright case for why Polly is worthy of a biography by noting this injustice: It was not Polly but “her male criminal colleagues who became 20th-century cultural icons.” “Sex workers in general … are dealers in illusion,” she writes, and Americans do not like to see the curtain pulled back to reveal the mechanisms, let alone the banality, of their dreams.

Now, Applegate suggests, with the advent of social movements around sex and power, we might finally be ready. But elsewhere, she stakes Polly’s claim for fame on her proximity to men who made history (Franklin Delano Roosevelt), wittily narrated it (Robert Benchley), created its soundtrack (Duke Ellington) or violently upended it (Dutch Schultz and Legs Diamond). Yet the takeaway for this reader at least is that Polly deserves our attention because her life shows how women who wish to transcend their status must become expert practitioners of chameleonism. That is also what makes Polly on some level a frustrating subject for a biography. As Applegate concedes, Polly “hid far more of her story than she shared, even from herself.” In other words, the very trait that made Polly Adler survive and succeed is also what makes her defiantly elusive. Applegate, armed with formidable skills, may be the biographer who can come closest to revealing her.