In his encyclopedic GLADIUS: The World of the Roman Soldier (University of Chicago, $30), Guy de la Bédoyère collects pretty much every fact known about what it was like to be in the military arm of the Roman Empire — which was pretty much the only limb of government power outside Rome.

Rome’s soldiers were surprisingly literate, because the Roman Army emphasized precise record-keeping. They also were a remarkably diverse group. A document from Egypt that listed the birthplaces of 36 members of two legions had them coming from today’s central Turkey, Syria, Cyprus, France, Italy and Egypt itself. Some of the soldiers who died in Britain in the first century A.D. had been born in today’s Bulgaria, Spain, Hungary and Italy, according to their tombstones. The common soldier tended to remain with one legion for years, even an entire career, but officers were shifted from one end of the empire to the other. For example, Marcus Censorious Cornelianus, born in Nimes in today’s southern France, was a centurion, roughly equivalent to a United States Army company commander, who was transferred from Jerusalem to command an outpost in Maryport, just outside of England’s Lake District.

The Roman military had a much looser structure than we might assume, with constant changes and local adaptations. De la Bédoyère, who churns out books about Roman history and popularizes the subject on British television, describes it as “an organization that often operated on an ad hoc basis with semiautonomous units.” Roman units were excellent builders of forts, bridges and roads, but also found themselves tasked with a range of imperial errands, from policing duties to collecting taxes and exploring frontier areas.

Yet the biggest surprise may be that the Roman Army, though hardly a hotbed of individualism, provided us with the first time in Western history that large numbers of ordinary people left records of who they were, where they came from, what they did and where they did it — usually on their tombstones.

In EAGLE DOWN: The Last Special Forces Fighting the Forever War (PublicAffairs, $28), Jessica Donati presents a memorable but choppy portrait of Americans fighting in Afghanistan over the last six years, which is notable because there have been few good accounts of the war there. These American soldiers have much in common with their Roman forebears. Deployed to the fringes of an empire, they deal with unreliable local allies, irascible tribesmen and airy bureaucrats in a faraway capital. Donati, a correspondent for The Wall Street Journal (where I was a reporter for 17 years in the 20th century), does an especially good job at portraying the combat in Kunduz in October 2015. 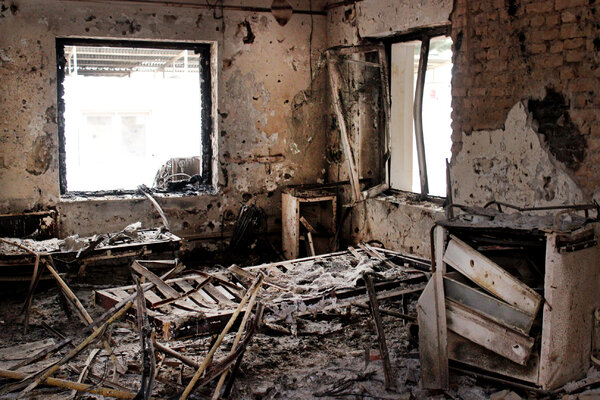 The Kunduz fight is remembered today mostly because an Air Force gunship mistakenly attacked a politically neutral surgical hospital operated by Doctors Without Borders, the international medical aid group. Donati lists several crucial errors committed by the American military. The aircraft took off earlier than scheduled to respond to another crisis and so didn’t get the usual data on what not to attack, and an attempt to email that information failed because of communications problems on the plane. A surface-to-air missile nearly hit the plane, so the pilots flew higher, which made their navigation system less accurate. Confused about GPS coordinates, the aircrew misidentified the target and then had an overly vague exchange with an American officer on the ground about opening fire. They thought they were hitting a Taliban prison.

The horrific result was deadly accurate fire poured into the hospital’s emergency ward and operating room. The legs of an E.R. doctor were severed and the pharmacist was killed. After shelling the hospital, the crew strafed the people running away from it. All told, 42 staff members and patients were killed.

A United States military spokesman, Col. Brian Tribus, issued a misleading statement that claimed the airstrike had been executed in response to direct fire from insurgents against Americans. A subsequent investigation pinned the blame on the Army officer who had been on the ground, rather than the chain of command above him that committed the series of errors that led to the strike.

That callousness of the Army toward its own is one theme of the book. In one section, Donati follows home a Special Forces soldier whose legs were blasted off in southern Afghanistan. His recovery experience is familiar but nevertheless shocking. While still in a wheelchair, he is ordered to pull weeds in a field. He also was told to appear twice a day at unit formations an hour from where he lived.

Over all, Donati tells a confused but important story about limited warfare. The American government spends a lot of money and loses only a few soldiers, but it gains little. The Afghans suffer. As one of the special operators she follows summarizes the war, “The Army isn’t willing to expose itself” to the risk of combat losses. “Thus they have to make do with the limitations and the probably limited outcome.” But for those caught up in the war on the ground, civilians and combatants alike, the risks and costs are huge.