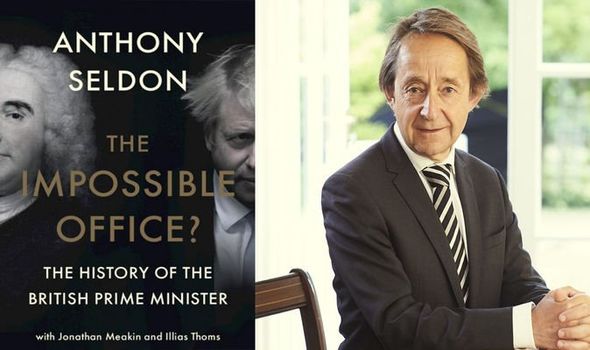 Sir Anthony is the doyen of Prime Ministerial history – having written definitive accounts of the last five occupants of Number 10. He begins the book with an imagined conversation between Sir Robert Walpole, the first holder of the office, and Boris Johnson.

Three hundred years might separate Walpole and Johnson but not much else – both were King’s Scholars at Eton, both boarded in Long Chamber, both nearly died in their first year in office, both came to office making the best of opportunities – the South Sea Bubble and Brexit – and both were involved with women more than 20 years their junior.

There were marked differences, too, of course. Walpole was his own chancellor, handled foreign affairs and was leader of the House – would Boris relish the extra responsibilities?

Walpole was the first PM to live at No 10 – it was offered to him as a gift by King George II in 1727 – but he accepted only on condition it became the home of the King’s first commissioner of the Treasury.

The house was not ready until September 1735 and its tenants Mr Chicken and Mr Scroop had to move out.

Until relatively recently, the term “Prime Minister” was not popular with the holders of the office.

Pitt the Elder described the idea of a Prime Minister as an “abomination in a free country” although his son was referred to as the Prime Minister in The Times.

The book is chockful of fascinating Prime Ministerial history and if you want to know more, then get a copy.
Source: Read Full Article