The Escape Artists by Neal Bascomb

‘We dug to freedom with only a spoon’: Entertaining new book details the escape attempt of 29 prisoners-of-war from camp designed for troublesome British soldiers

The telegram arrived in early August 1918. ‘Having a lovely time. Stop. If I ever find you in London, I will break your neck. Stop.’

It had been sent to Karl Niemeyer, one of Germany’s most brutal camp commanders, by Lieutenant Colonel Charles Rathbone and the message was clear. Not only had Rathbone escaped — he had also managed to travel 150 miles through Germany to cross the border into Holland and safety.

The discovery of the breakout just over a week before had caused Niemeyer to turn beet-red with rage.

Rathbone was merely the first of no fewer than 29 British soldiers who had crawled through a hand-dug tunnel out of Holzminden prisoner-of-war camp in what was the greatest escape of World War I. 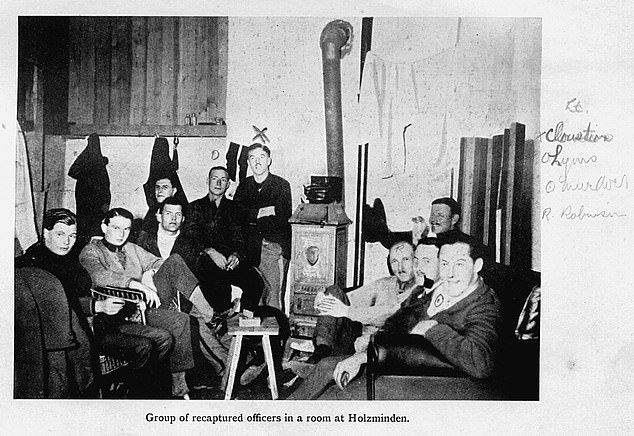 Holzminden prisoner-of-war camp, pictured, was intended for the most troublesome of British prisoners. These were the so-called ‘escape fiends’ who refused to reconcile themselves to captivity

The remaining PoWs, staring gleefully through the barracks windows, soon found themselves dodging bullets and flying glass as a furious Niemeyer ordered his guards to shoot at them.

As Neal Bascomb writes in this entertaining account of the Great Escape of 1918, Holzminden was intended for the most troublesome of British prisoners. These were the so-called ‘escape fiends’ who refused to reconcile themselves to captivity.

David Gray had been transferred to Holzminden after repeated attempts to escape from other camps. He realised that a tunnel was the prisoners’ only hope of success. 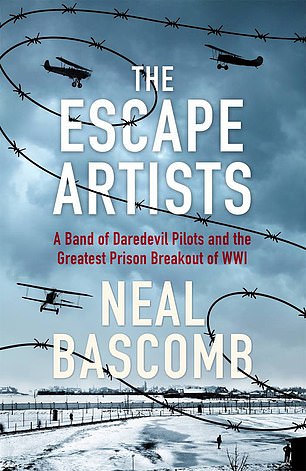 It was begun in the cellars of one of the barrack blocks. Access to it was hidden behind a wooden wall the Germans themselves had constructed. The British created a trap door into the space that was so perfectly made, it was never spotted.

Using spoons, kitchen knives and legs from their iron bedsteads, the tunnellers began to dig. They were able to manage about a foot a day, but there were immediate setbacks.

They thought originally that it would need to be only 15 yards long.

Then Niemeyer — a corrupt bully who had once ordered guards to bayonet British PoWs at another camp simply for gathering by the fence to greet some new inmates — changed the positioning of the guard posts.

It became clear that they would have to dig for 60 yards before they could emerge without being spotted.

The diggers faced all kinds of other problems. Rats scurried across their backs as they worked. As the tunnel lengthened, the possibility of a cave-in grew.

But the worst danger was lack of oxygen for those at the ‘coal face’. Several men became delirious and had to be dragged out by their feet.

A makeshift bellows was constructed to pump air along the tunnel. Eventually, after months of digging, the tunnel was complete. On the night of July 23, 1918, 29 men wriggled through it and emerged on the other side of the camp walls. 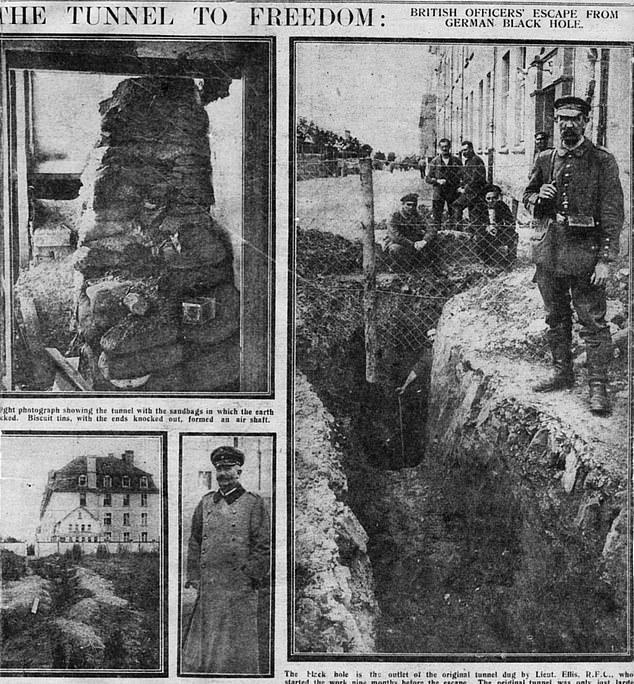 The group spent months digging a 60-year tunnel using spoons, kitchen knives and legs from their iron bedsteads. They used bellows to pump air through the tunnel so they would not pass out from a lack of oxygen

But their difficulties did not end there. They were 150 miles from the German border with the Netherlands, a neutral nation in the war. Many of the escapees spoke no German.

What is the number of successful escapes from British PoW camps in WWI and WWII?

They had little food and not all of them had adequate maps of the country.

Only ten out of the 29 made it into the Netherlands and thence home. Among them were Gray and Rathbone.

The stories of the great escapes of World War II — from Colditz and Stalag Luft III — have attained near-legendary status.

Very little is known about the escape artists of World War I, but Bascomb’s suspenseful and well-researched book could change that.