The battlefields of World War I

Seeking the lost: Half a million families were left with the agony of not knowing where their loved ones lay under the battlefields of World War I — among them Rudyard Kipling, who lost his son — but their devotion unearthed amazing tales

THE SEARCHERS: THE QUEST FOR THE LOST OF THE FIRST WORLD WAR

His mother recalled the young lieutenant standing tall and straight in the doorway, smart in his Irish Guards uniform. He was just 17 — his 18th birthday was two days away — but duty called, so proudly he was off to the Western Front in France, in September 1915.

‘Send my love to Daddo,’ John Kipling called out as he left the family home in Sussex.

‘Daddo’ — Rudyard Kipling, one of Britain’s foremost men of letters, poet, novelist, holder of the Nobel Prize for Literature — did not see his only son off because he was already in northern France, a journalist sending back despatches.

Six weeks later, John was dead. He had just written a letter home, telling his parents the assault he was about to take part in would end the war. (It didn’t.) 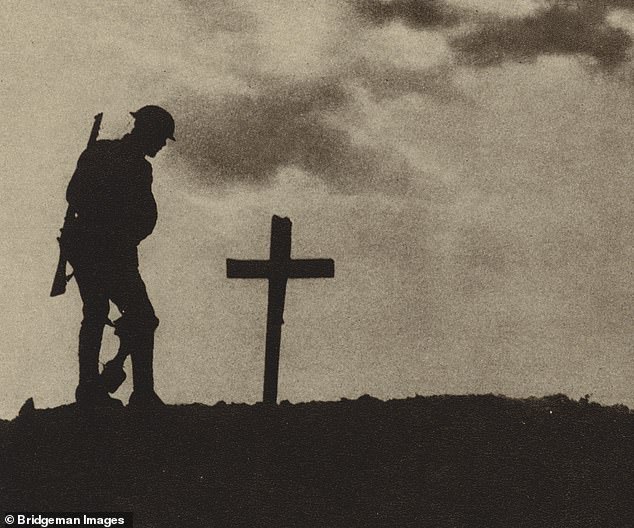 He had signed off: ‘Well so long, old dears, love John.’ That was the last they ever heard from him.

On the third day of the Battle of Loos, he was leading his platoon over open ground when machine guns opened up from the German line. No one knew for sure how he died. His body could not be found. Officially he was not dead but ‘missing’.

For ‘Rud’ and Carrie Kipling, it was a special sort of torture — hoping against hope John was still alive, a prisoner perhaps, or lying in some remote hospital. It never really ended. There was no grave they could visit, no focal point for their grief, no closure.

The trauma left Rud a broken man, dried up and drained, his vigour gone; he wrote no more novels but devoted his talents to the War Graves Commission and its mission to find and honour the missing.

It was he who chose the biblical words that became the national language of remembrance: ‘Their name liveth for evermore.’ And for the headstones of graves whose occupants were unidentified, the simple ‘Known unto God’.

The story of the Kiplings is at the heart, the broken heart, you might say, of Robert Sackville-West’s deeply moving book on the quest for those soldiers who went missing and were never found.

There were 500,000 families in the same position as Rud and Carrie, bereaved but cast adrift.

Of those half-million who died in this way — nearly half of all British Empire war dead — about 180,000 were buried as unknown British soldiers. A greater number, however, like John Kipling, had simply disappeared, blown to pieces or drowned in the mud of no man’s land. 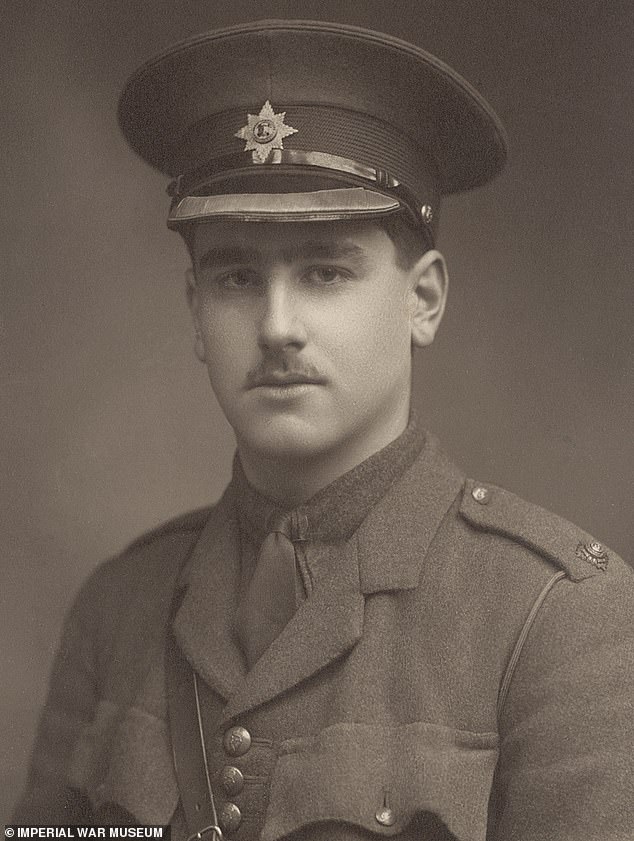 Men of influence such as Rudyard Kipling were able to use their high-level contacts in the military to try to find out what had happened to a lost loved one. Pictured: Lieutenant John Kipling

Desperate for any information, men of influence such as Rudyard Kipling were able to use their high-level contacts in the military to try to find out what had happened to a lost loved one. He even had leaflets printed in German asking for the whereabouts of his son, which were dropped by the Royal Flying Corps behind enemy lines.

Others, such as the distraught but determined Lady Violet Cecil, whose 18-year-old son George was last seen lying in a ditch during the retreat from Mons in 1914, travelled to the battlefield while the war was still raging to search for her boy.

George’s remains were eventually uncovered in a mass grave of 94 British soldiers, their faces and features smashed beyond recognition. George was identified by his initials on his vest and by the exceptional size of his feet. Three buttons from his tunic were sent home to his mother.

For most mothers there was no such consolation. Whenever train-loads of wounded men arrived home, there would be lines of women holding up photographs and pleading: Have you seen my son, husband, brother?

Documenting all these grim stories with compassion, Sackville-West writes of relatives ‘tormented by knowing so little about their loved one’s last moments. How had they been killed? Had they suffered?’ 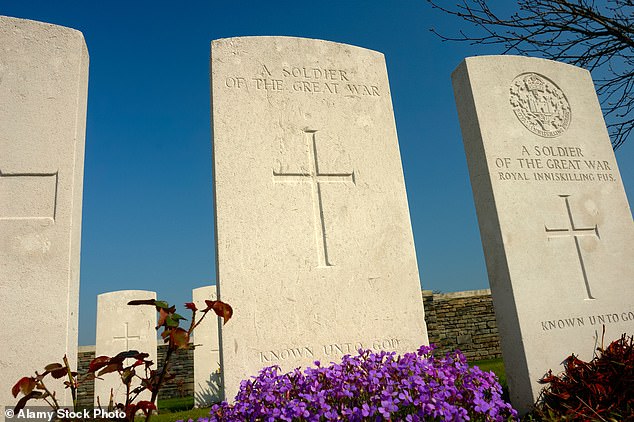 There were 500,000 families in the same position as Rud and Carrie, bereaved but cast adrift. Pictured: The graves of three unknown soldiers

He rightly lauds the Graves Registration Commission and its successor, the Commonwealth War Graves Commission, for acknowledging this desperate desire to know, for their recognition that each of the dead was an individual and that relatives needed the reassurance that the graves were tended and cared for.

Photographs of headstones were taken and sent to those who could not get there in person — ‘consolations of death at a distance’, as Sackville-West movingly puts it.

Thousands, though, did make it to the now quiet battlefields, paying their respects at a graveside. ‘I came all the way from home for this,’ one little old lady in a black bonnet said at her son’s grave. ‘Now I can die in peace.’ There were tears in her eyes as she spoke, and in mine too as I read her story.

The persistence of relatives was astonishing.

Lieutenant Eric Hayter died, shot through the head, in March 1918, and his father was told there was no sign of his body. A year later, Hayter senior received a letter from a German soldier who enclosed a map showing where Eric had been buried by the Germans. A search followed, which was unsuccessful. But Hayter continued to visit the battlefield in France, digging up land owned by a local farmer where he believed Eric had fallen. 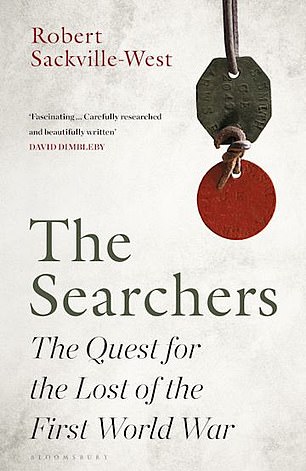 THE SEARCHERS: THE QUEST FOR THE LOST OF THE FIRST WORLD WAR by Robert Sackville-West (Bloomsbury £25, 368 pp)

He then tried to buy the land to erect a memorial, but the farmer said no. So in 1924 — more than six years after his son’s death — he bought a nearby plot for a nominal sum from a sympathetic local countess and was digging the foundations there when, amazingly, 3 ft down, he came across a body.

Regimental buttons, badges of rank and five gold teeth confirmed who it was. Father and son were reunited.

The Kiplings had no such reunion. John’s body was eventually found, though not for another 70 years, long after his father’s death in 1936.

A diligent researcher at the Commonwealth War Graves Commission spotted an entry in the register of an unknown soldier dug up in no man’s land near Loos. The body had been reburied as ‘an unknown lieutenant of the Irish Guards’. The coincidence was too great. It checked out.

John Kipling’s name could now be taken off the Menin Gate memorial to the missing. He had been found.

If Rudyard had been alive, he might have pointed to the final words of perhaps his most famous poem, If.

‘Yours is the Earth and everything that’s in it,