The most notable picture, middle grade and young adult books of the year, selected by The Times’s children’s books editor. 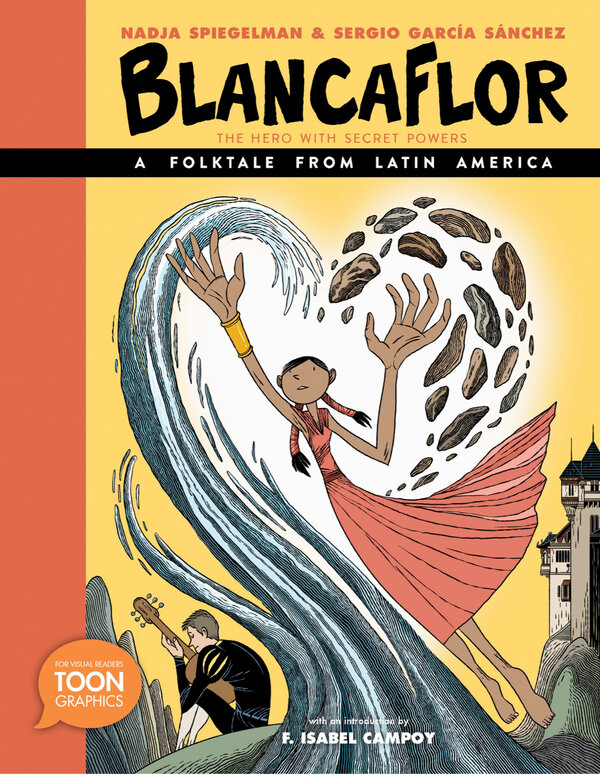 BLANCAFLOR, THE HERO WITH SECRET POWERS
A Folktale From Latin America
Written by Nadja Spiegelman
Illustrated by Sergio García Sánchez
With an introduction by F. Isabel Campoy
(Toon Graphics, $16.95)

The magically powered Blancaflor is clever and brave, her prince a delightful idiot, in this gorgeously illustrated comics version of the familiar “girl as helper” tale.

Morales dares us to look away as a fawn blocked by a menacing wall is replaced by a young girl staring soulfully into our eyes.

THE HAPPINESS OF A DOG WITH A BALL IN ITS MOUTH
Written by Bruce Handy
Illustrated by Hyewon Yum
(Enchanted Lion, $18.95)

By turns wistful and whimsical, this antidote to Charles Schulz’s “Happiness Is a Warm Puppy” is as much about the buildup to its title as it is about its payoff.

This plain-spoken, visually emotive book about the grind of being housebound ends with a door opening onto an outside world that is both exhilarating and humbling.

At his subway stop, a boy who’s been drawing assumptions about other riders’ lives rethinks his sketches. Is the kid he put in a castle visiting his mother in prison, too?

NICKY & VERA
A Quiet Hero of the Holocaust and the Children He Rescued
Written and illustrated by Peter Sís
(Norton, $19.95)

This child’s-eye tribute explores the fates that led Nicholas Winton to cross paths with a young girl he saved from the Nazis.

THE ROCK FROM THE SKY
Written and illustrated by Jon Klassen
(Candlewick, $18.99)