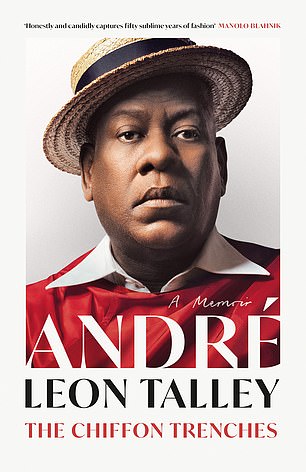 If you thought the wondrously b*tchy movie The Devil Wears Prada was an understatement, then this book is for you. It’s an eye-popping epic of full-on score-settling, giving a unique insight into a famously cut-throat industry.

Talley was plucked from obscurity by Anna Wintour, the fearsome and steely editor of US Vogue, to be her creative director. Or senior courtier. His story is as camp as Christmas and twice as indulgent. But he is also poignantly honest about the dreadful racism — and bizarrely, too, the homophobia — he encounters on his way through the chiffon trenches.

The book is stacked on its big heels full of gossip about all the exotic creatures from fashion over the past 50 years; and it’s also packed with clothes, from ‘my first bespoke black silk faille smoking shoes …’ (no idea, either) to the giant kaftans of his later years.

Don’t just read the book for his account of the seismic falling out with Wintour. It’s a compelling memoir and a brilliant history of fashion. Most of us would rather eat our feet than be part of this world, but reading about it is fine. 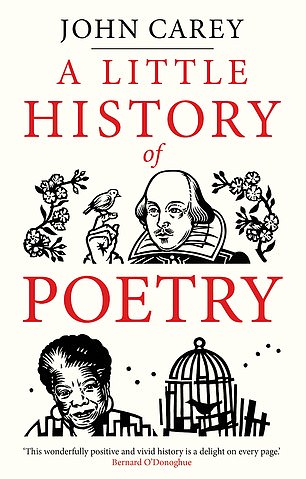 A LITTLE HISTORY OF POETRY

John Carey has been writing brilliant, eminently readable literary criticism for as long as most of us can remember.

The Merton Professor of English Literature at Oxford may be 86 but he writes with the zingy verve of a teenager. This scintillating, hectic little book manages to roam over world poetry, ancient and modern, from Homer to Maya Angelou and all points in between.

Carey may be a distinguished scholar, but he is remorselessly anti-elitist: he wants to make us love poetry. Here he is on one of the most important poets of the last century: ‘[T.S.] Eliot is known as a “difficult” poet. In fact he is not.’

Two crisp, reader-friendly sentences that make you want to turn at once to the poetry itself. But he’s brilliant, too, on Chaucer’s bawdy geniality or the lofty dottiness of W.B. Yeats.

If this dazzling book, as packed with gems as a billionaire’s birthday bash, doesn’t make you want to rush to your local bookshop to buy some poetry for the long summer, then check your pulse.

ONE TWO THREE FOUR: THE BEATLES IN TIME

Whatever else it is, this marvellous book is a hell of a bargain — more than 600 pages of shimmering vignettes of the most successful band in history for just £20. And by Craig Brown, too, well known to readers of this paper and the Mail on Sunday as a man who writes like a dream.

At times it feels impossible to get your head round the colossal scale of the Beatles’ achievement: in January 1963, in the NME readers’ survey of favourite bands, they finished in joint 111th place (along with the Clyde Valley Stompers). By that December, they were the most famous pop group in Britain.

Four months later, they had cracked America, occupying the top five slots in the Billboard 100. Six years later, they had broken up. An extraordinary story, beautifully told, about four young men who shaped the modern world. 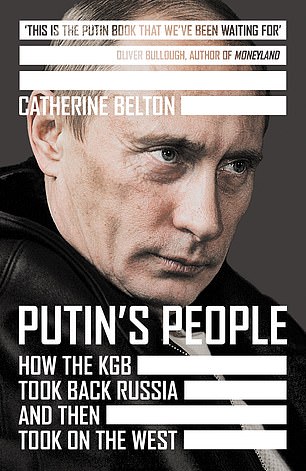 PUTIN’S PEOPLE: HOW THE KGB TOOK BACK RUSSIA AND THEN TOOK ON THE WEST by Catherine Belton (William Collins £25, 640pp)

PUTIN’S PEOPLE: HOW THE KGB TOOK BACK RUSSIA AND THEN TOOK ON THE WEST

It’s all in the subtitle of this superb book, probably the most important you will read this year, — and certainly the most scary.

Catherine Belton, a former Moscow correspondent for the FT, doesn’t mince her words.

Her aim in this fearsome missile of investigative journalism is to show that the Russian President and gangs of ruthless, murderous former KGB operatives who surround him aren’t just concerned with filling their pockets — though that they are masters of.

They’re also using billions of dollars at the cronies’ disposal to undermine and corrupt the institutions of the West.

In London, Russian-owned real estate in the swankiest of areas has sent property prices rocketing; in the City bankers swirl eagerly around Russian wealth; peers sit on the boards of dubious Russian companies.

In America, Vladimir Putin has his dream President, whose one-time Taj Mahal casino in Atlantic City was a favourite haunt of Russian mobsters. Around the world, Russian billions are used to disrupt the political and military balance. Putin’s view, writes Belton, is that anyone can be bought. So far he has been proved right.

Do not miss this book. At the end you just hope that Ms Belton keeps an eye out for anything suspicious under her car. After all, remember the Salisbury poisonings? 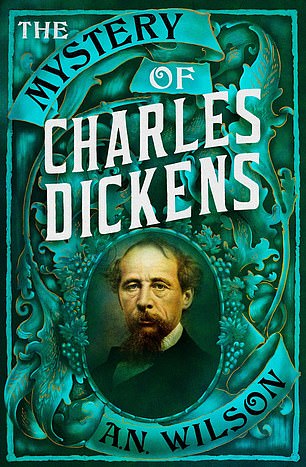 THE MYSTERY OF CHARLES DICKENS

‘I have no relief but in action. I am become incapable of rest’ — so wrote Charles Dickens to a friend 13 years before he died. His latest biographer, the inexhaustible A.N. Wilson, is as remorselessly active as his subject, ceaselessly pouring out biographies, histories and novels. Maybe that is why he feels so close to Dickens in this brilliantly written, vivid study.

Each of the chapters explores one of the mysteries of Dickens’ life — did he die in the arms of his lover? Why was he beastly to his wife? What was the truth about his childhood? And so on.

Wilson is superb on the horrors of Victorian Britain, which illuminated the novelist’s vision. And in a riveting final chapter, he opens up on his own childhood, at a prep school where he was brutalised by a sadistic head teacher.

But it was also where another teacher introduced him to the wonders of Dickens. And for Wilson, as for millions of us over the years, the glories, humanity and power of these all-encompassing novels will never fade. 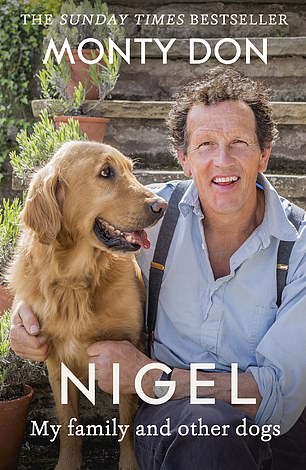 NIGEL: MY FAMILY AND OTHER DOGS

The perfect summer read guaranteed to lift even the lowest spirit if your staycation rains look like they’re settling in. This is Britain’s best known gardener on Britain’s best-loved dog and much more besides: gardening, love, family and animals.

What more could you want?

This memoir was reissued to mark the death of Nigel in the middle of lockdown, an event which sparked a wave of national mourning. Nigel was the handsome golden retriever who stole every scene in the BBC TV show Gardeners’ World — as irresistible, says Monty Don, as Bill Clinton in his effortless ability to bewitch the public (though without the other messier stuff, hopefully).

Whether you’ve got a dog, or want a dog, or have even enjoyed wandering in a garden, this heart-warming book is perfect for you. 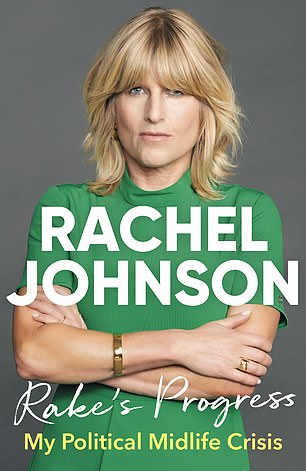 There will be weightier books about politics this year, but none more entertaining than this hilarious, laugh-out-loud memoir. Rachel — her family nickname was Rake, hence the title — is a lovely, wry writer with a fine line in self-deprecating humour.

She is also, you may have noticed, the Prime Minister’s sister, and the book has a fascinating section about her childhood alongside the boy whose ambition was to be ‘world king’.

At the heart of the book is Rachel’s experiment with political activism as a passionate pro-European. After a brief flirtation with the Lib Dems (‘whatever the question was, they weren’t the answer’), she throws herself into the omnishambles of Change UK (remember them?) as a candidate in the 2019 European Parliament Election.

The party has no money, no policies, and not a clue. Rachel describes herself as ‘the rat that jumps on the sinking ship’, and Change UK is duly extinguished in the poll.

This fabulous book ends in the aftermath of the election: ever loyal and ever playful, she looks forward to her brother’s premiership as ‘all can-do optimism, a brighter future, longer bridges and bigger breasts’. That isn’t entirely going to plan.