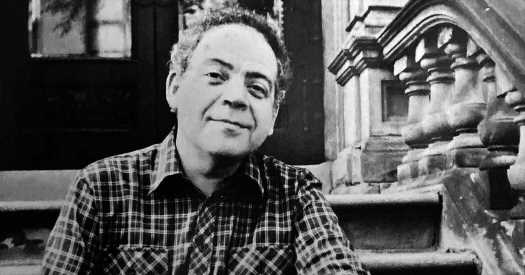 Robert Hershon, a writer of sly, perceptive poetry who as a founder of Hanging Loose Press also furthered the careers of countless other poets, died on March 20 at a hospital in Brooklyn. He was 84.

His daughter, Elizabeth Hershon, said the cause was complications of pneumonia.

Mr. Hershon published more than a dozen collections of his own poems, works that could be amusing, touching or both. That description fits one of his best-known poems, “Sentimental Moment or Why Did the Baguette Cross the Road?”:

My son, whose hair may be
receding a bit, says
Did you really just
say that to me?

What he doesn’t know
is that when we’re walking
together, when we get
to the curb
I sometimes start to reach
for his hand

Mr. Hershon was also a godfather of sorts to many younger poets. In 1966 he joined Dick Lourie, Ron Schreiber and Emmett Jarrett in founding Hanging Loose Press, which at first was a poetry journal of loose mimeographed pages (thus the name) sold in a printed envelope that did double duty as a cover.

“It was a self-editing magazine,” Mr. Lourie said in a phone interview. “If there were poems you didn’t like, you could take them out and throw them away.” Conversely, if you liked one, you could pin it on your bulletin board.

The editorial process was just as informal.

“We had so little to do at first that we held our editorial meetings in McSorley’s,” the East Village bar, Mr. Hershon told the newspaper Boog City in 2016, “scribbling yes and no on envelopes between glasses of ale.”

Denise Levertov had a poem in the first issue and was a guest editor of several later ones. But libraries and bookstores despised the loose page format, and after 25 issues Mr. Hershon and his colleagues converted to a bound journal, which is still published.

In the 1970s the press began publishing books as well. Its website says it has now published some 220, including the first poetry books by Kimiko Hahn, Cathy Park Hong, Joanna Fuhrman, Sherman Alexie and others.

“Hershon felt it should be the mission of small literary presses like Hanging Loose to discover and champion new voices,” the poet Mark Pawlak, a co-editor of Hanging Loose since the early 1980s, said by email, “otherwise, he liked to say, ‘What’s the point of their existence?’”

“His preference was for poetry that didn’t take itself too seriously,” Mr. Pawlak added, “but was energetic and inventive in both form and language; nothing pompous or stuffy or smelling of the library.”

That was certainly true of Mr. Hershon’s own poetry. Mr. Hershon lived most of his life in New York, and many of his poems reflected that he was a through-and-through New Yorker. One was published in 1985 as a Metropolitan Diary entry in The New York Times under the title “F Stop”:

Don’t push.
There is another F
train right behind us.

There’s another F
that’s faster and finer
than this F is.
It serves French fries
and frog legs.
All the seats face
front and are covered
with monkey fur. A flutist plays
melodies in F. It’s an
infinitely superior F train.
It’s right behind us.
Why don’t you wait?

Ah, because we know the
faces of those for whom
the trains have never come.
And we fear that what finally
roars from that sour tunnel
is fury itself.
There is another F train
right behind us.
Let some other fool wait.

And they start the push
toward home.

Robert Myles Hershon was born on May 28, 1936, in Brooklyn to Mark and Barbara (Pernick) Hershon. While studying journalism at New York University, where he earned a bachelor’s degree in 1957, he worked as a copy boy and editorial assistant at The New York Herald Tribune. After he graduated, a friend who had settled in San Francisco invited him to visit; he stayed five years, writing his first poems there while working as a reporter.

“I sort of backed into poetry in my mid-20s,” he said. “I never took a poetry class, was never part of a workshop.”

He returned to New York in the early 1960s and continued sending out poems. Mr. Schreiber and Mr. Jarrett had taken a stab at publishing a professionally printed poetry journal but found that too expensive. They and Mr. Lourie were contemplating trying a mimeographed version — the “mimeo revolution” of the era was in full swing, Mr. Lourie said — and some of Mr. Hershon’s poems had come to their attention. They called and invited him to join their new venture. 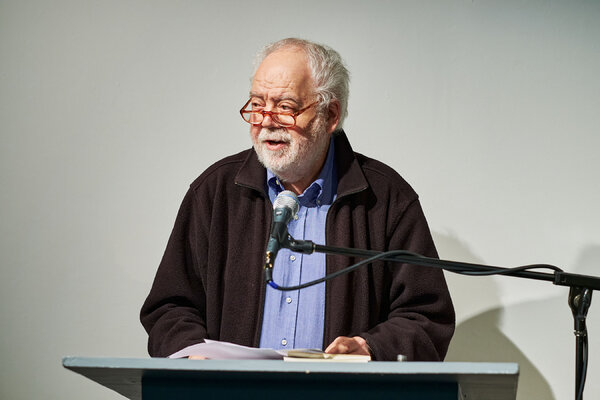 Mr. Hershon — whose day job for much of his career was director of the Print Center, a print-services provider — became a familiar figure in New York poetry circles, organizing and participating in countless readings as well as publishing up-and-coming poets. Hanging Loose has been especially known over the years for including poetry by high school students in its journal. That, Mr. Hershon told Boog City, was Mr. Lourie’s idea, and he didn’t like it — at first.

“I lost the vote and have been glad I did ever since,” he told the interviewer, Ms. Fuhrman. She was one of those high school poets, back in the 1980s. Her sixth volume of poetry is about to be published by Hanging Loose.

Mr. Hershon married Michaeleen Carson in 1963. She died in 1981. In 1982 he married Donna Brook, who survives him along with a sister, Sue Levine, and his daughter, who is from his first marriage. A son from that marriage, Jed, died in 2014.

Mr. Hershon, something of a New York institution, often dined at another institution, Shopsin’s, a Manhattan restaurant whose irascible proprietor, Kenny Shopsin (who died in 2018), was known for tossing out would-be customers who irked him for one reason or another. An unforgivable offense was showing up with more than four people. Mr. Shopsin’s daughter Melinda Shopsin said Mr. Hershon once wrote a poem commemorating that quirk, which her father printed in the menu and posted at the entrance. It was called “Party of Five.” An excerpt: