Robert Harris on why we should NEVER take peace for granted 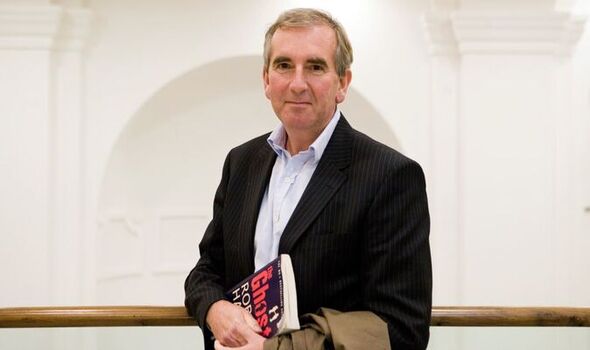 For an uneasy 11 years following the execution of Charles I in January 1649, England had been a republic. Now, after the death of Lord Protector Oliver Cromwell and the restoration of the monarchy, there would be a bloody settling of accounts. All of which provides bestselling Fatherland and Munich author Robert Harris with the dramatic backdrop to his 15th novel, Act Of Oblivion, which typically marries painstaking research with vivid historical recreation and leaps of imagination.

Its title comes from the clever legislation passed by parliament in 1660 that pardoned most of those who took arms against the Crown during the English Civil War, yet unleashed retribution against 59 regicides – the men who had signed the royal death warrant or sat in judgment on the King.

“It was like the South African Truth and Reconciliation Commission following apartheid, they agreed to draw a line under the past and it’s notable that Cromwell’s family lived unmolested by the royalists when they came back,” explains Harris.

“The only people who were singled out for vengeance were those men who’d had a hand in the King’s death. I think [Chancellor] Edward Hyde and Charles II would’ve been happy to have executed about half a dozen. But the parliamentary Royalists were determined for revenge and the death list grew and grew.” Those whose complicity was judged the most serious (even those who had been forced to sign the King’s death warrant) were executed before baying crowds.

This involved hanging, drawing and quartering: strung up by their necks, they were taken down still alive, then castrated. Their entrails were plucked out and burnt in front of them before they were finally beheaded and cut into quarters. 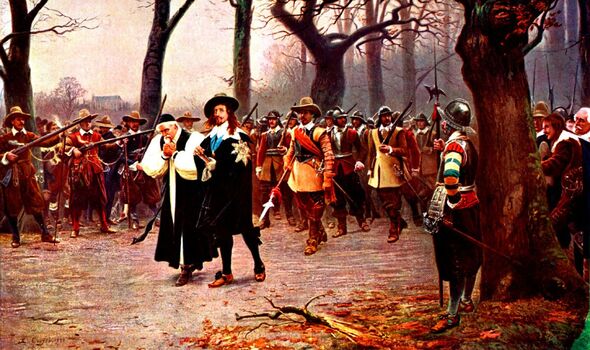 Even the body of Cromwell himself, who had died two years earlier, was dug up, posthumously “executed” and displayed. One man, Major-General Thomas Harrison, the first regicide to be executed, reputedly punched his executioner while he was being disembowelled.

“These were tough guys, they were religious revolutionaries,” says Harris. “They were not scared of dying, some of them even welcomed the grisly death because they felt it brought them closer to Christ on the cross.”

Yet, unsurprisingly, others sought by Parliament decided not to stick around.

Colonel Edward “Ned” Whalley, a senior officer in the Parliamentary forces and Cromwell’s cousin, fled to America with his daughter Frances’s husband, Colonel William Goffe. Harris, whose lifelong interest in politics has informed almost all his work, perhaps most manifestly in his Cicero Trilogy about the Roman Republic, became fascinated by the Act Of Oblivion, and its aftermath, during lockdown.

But it was the real-life escape of Whalley and Goffe – “a Puritan Butch Cassidy and the Sundance Kid,” as he describes them – that gave his new book legs. 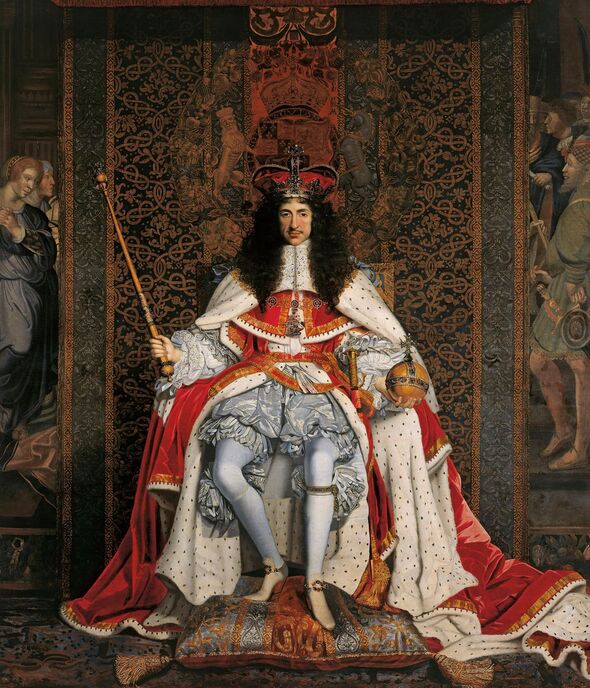 “I came across this phrase about the manhunt for them across Puritan New England, across that wilderness of a nation just being forged, and it sparked my interest,” he explains.

“We’re always on the side of people on the run no matter what they have done, like Bonnie and Clyde, so I knew readers would want Whalley and Goffe to get away.They were naturals to write about, especially because Whalley was Cromwell’s cousin and was at his side during the Civil War. But their flight gave me a way of writing not only about the English Civil War but also about the beginnings of America. I could kill a great many birds with this one stone.

“The Civil War is rarely tackled in novels because it’s so complicated, but a chase with a man hunting these people down would give me a natural story structure.”

As is his habit, Harris, 65, a former journalist who has homes in London and Berkshire, immersed himself in his research, including seven original volumes of letters from the pair, who both held senior positions in the Protectorate, to Cromwell’s secretary, John Thurloe.

“I discovered a few things that aren’t in the history books, for instance the date and place of Goffe’s birth is later than historians think – he must’ve been one of the youngest people to sign the death warrant,” says Harris.

“Similarly, I tracked down an unpublished thesis from 1973 about the Whalley family. I managed to find the widow of the man who wrote it. She dug it out from the bottom of the cupboard.” 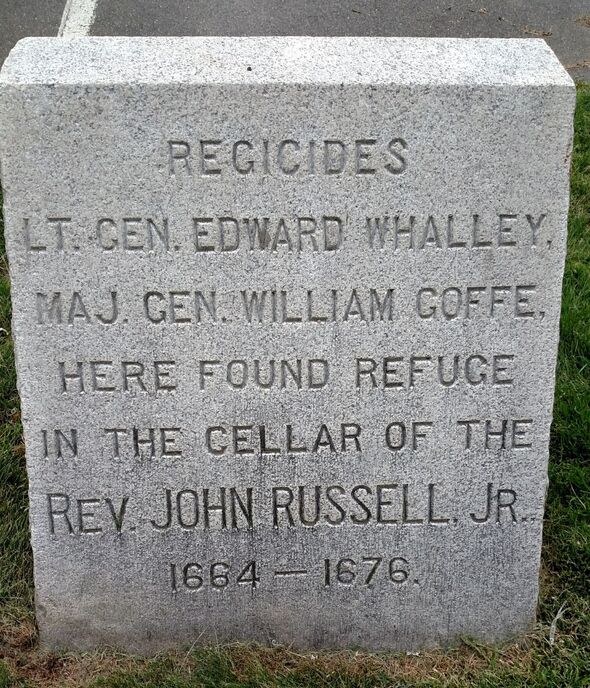 The identity of the duo’s pursuers has been lost in the mists of time, so Harris invented Privy Council clerk Richard Nayler who travels to New England where the men are hiding among Puritan communities.

Fact and fiction are knitted together so deftly, it’s hard to see the joins. The fictional Nayler, who keeps a scrap of handkerchief with drops of Charles I’s dried blood as a relic of the martyred king, blames the fugitives for the death of his pregnant wife and unborn child.

Harris continues: “I took a real-life event – Whalley and Goffe bursting into a church on Christmas Day in 1657 during a Nativity service – and it was easy to imagine Nayler sitting in the congregation.”

The fictional Nayler is arrested and jailed for six months and is released to discover his wife Sarah died after the stress brought on a premature labour.

“They would have forgotten him but he wouldn’t have forgotten them,” says Harris. “He’s obsessed with them. He’s a force of nature on their tail and they don’t understand why.”

Finding such a gap in history must be a gift to a novelist, I suggest.

“That is the great joy of historical fiction,” smiles Harris. “It enables you to tell stories about characters against a realistic backdrop, and readers’ sympathies are engaged much more than in a work of non-fiction or historical scholarship. It gives me great pleasure, especially as I move from period to period. I feel like a time traveller.”

Of all his novels, Act Of Oblivion is perhaps the most morally ambiguous, reflecting its author’s own conflicted emotions.

“I’ve always thought I would have been on the Parliamentary side in the Civil War but I find their extreme Puritanism repressive and the suppression of music, entertainment and theatre, the tearing down of imagery, very like the Taliban,” Harris explains.

“I recoil from that kind of religious repression. Over the course of writing, my sympathies shifted and I felt probably I am one of life’s natural Cavaliers. I suppose I would have supported the rights of Parliament against those of the Crown but I’d have probably been a moderate Parliamentarian who accepted the return of the King.

“Having said that, I try to write with sympathy about the characters. But it was the 17th century and we don’t have to take sides. You have to take a breath, step back and give everyone their due.”

While Act Of Oblivion is primarily a gripping historical thriller, it’s impossible to ignore the parallels between post-Civil War England and post-Brexit Britain. While the law helped end the discord of the Civil War, Harris, a Remainer, fears divisions over Europe will take longer to heal.

“It’s not like the end of a football match where the referee blows the whistle and everyone leaves the field and it’s all over forever. We have a geographical position and an economic interest and Europe is always going to be the dominant issue as it has been down the centuries.

“One thing about writing historical fiction, you realise nothing is for keeps. So there are strong echoes with today: a country divided and unhappy, in crisis. The killing of the King was an unbelievably dramatic act and the fact that, astonishingly, England was a republic for 11 years. Centuries before the French killed their king and the Russians killed the Tsar, it happened here.”

Modern republicans should take note: despite his instinct towards parliamentary democracy, Harris believes the need for a figurehead remains compelling.

“Cromwell said, ‘We will cut off the King’s head with the crown upon it’. In other words, they were not just killing the man, they were killing the whole institution,” he says.

“They thought they could run the country with Parliamentary committees but it quickly became apparent people needed someone human to focus their attention on.”

Cromwell, who appears in the novel via a memoir Whalley composes during the men’s long exile in America, came within a whisker of accepting the crown. His death seeded the return of the dead king’s son.

“The lesson for us is that we can all find reasons to complain about the monarchy, but what do you put in its place?” adds Harris. “I was lucky enough to know the Marxist historian Eric Hobsbawm and I happened to be at a party about ten days before he died. We were talking about this and he concluded that the best places to live in the world were constitutional monarchies, which is quite a remarkable thing for a Marxist to say. 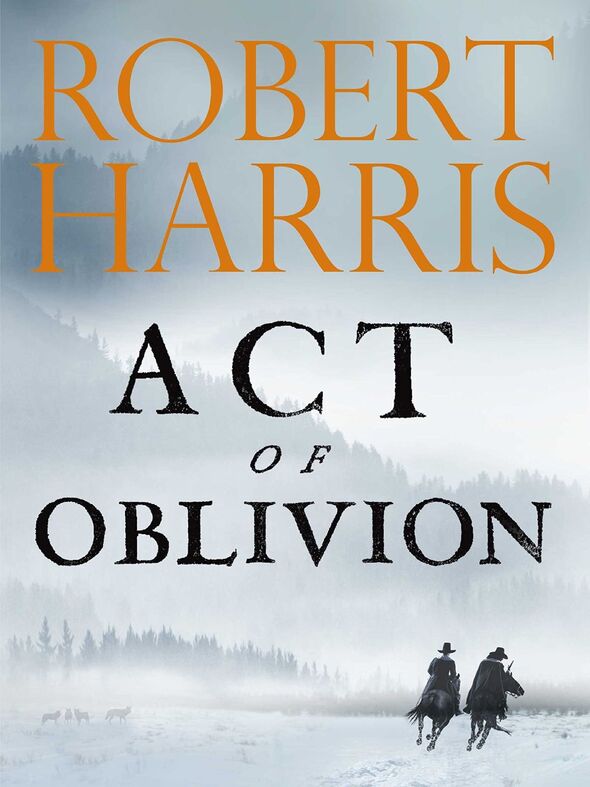 “The Royal Family, being human, have their faults but overall I think the system is better.”

The former Newsnight reporter, married to novelist Gill Hornby with whom he has four children, has enjoyed enormous success with his books, and television, film and stage adaptations of his work. What keeps him writing?

“It’s something I ask myself, but I’ve been writing and living in my imagination since I was about eight years old so I can’t imagine a life where I wouldn’t do that,” he smiles.

“It’s nice not to have the pressure of writing a book against the clock but I feel more alive when I’ve got that pressure on me. It’s a wonderful privilege to create this world and then share it with readers. I don’t want to give it up in a hurry.”

Several years ago, Harris told me he’d bought a wood-burning stove for his Berkshire home. With first oil prices rising, and then Putin’s war sending the cost of gas soaring, it seems more of a sensible investment every time we speak.

“There’s no doubt the world is moving into very perilous times. I’m 65 years old and my life has been almost entirely lived in a period of peace, prosperity and economic expansion. But such periods are relatively rare.

“The real condition of humanity is generally struggle and one can’t help but feel that we’re moving into upheaval – another reason I’m drawn to writing about the English Civil War, the greatest upheaval this country ever went through.”