During July 1919, the Mayor of Luton planned a lavish banquet to celebrate peace after the end of the First World War the previous year. He invited friends and cronies, but excluded the ex-servicemen who had fought in the war.

As Mike Hutton reveals in his wide-ranging survey of the 12 months after the Armistice, 1919 was a turbulent year for Britain, which was not the ‘land fit for heroes’ returning soldiers had been promised. Many were unemployed or forced to beg on the streets. 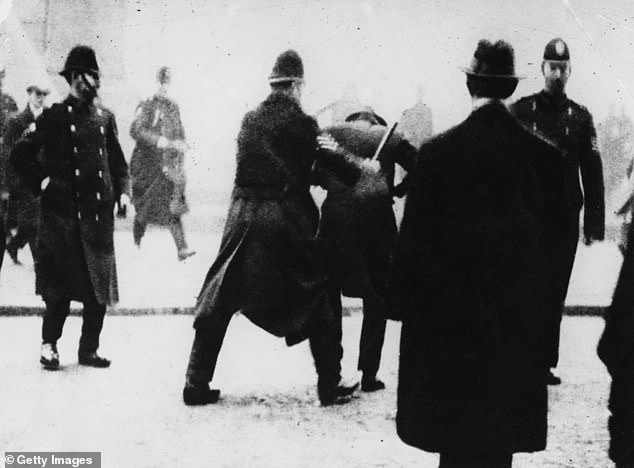 A new history book by Mike Hutton recounts the year that followed the Armistice, tensions mounted in cities including Glasgow (pictured)

Resentments festered. Civil unrest rocked cities throughout Britain. In Glasgow, strikers were faced by troops armed with machine guns, backed up by tanks.

But social disorder was not the only problem the country faced. The Spanish flu was at its height. As Hutton notes: ‘Someone who was feeling perfectly healthy at breakfast could be dead by teatime’. More than 200,000 people died. Coffins made for the war dead were used for victims of flu.

At the same time, fear of crime was high. In the aftermath of the war, many unlicensed guns were in circulation. A spate of robberies were carried out by men ‘grown callous after four years’ experience of killing’. More than a dozen murderers were sent to the scaffold. Several were former soldiers who had returned home to discover their wives had found other lovers.

But Hutton’s book is not all despair. With the war over, people were out to enjoy themselves. Sport resumed: the cricket County Championship was reinstated and won by Yorkshire.

Professional football began a new season in August. The American golfer Walter Hagen, who had just won the U.S. Open, arrived in London to stay at The Savoy. He celebrated his visit by going up to the roof of the hotel and driving a ball across the Thames.

Hagen was not the only famous visitor from the USA. Londoners got a taste of a new music when the Original Dixieland Jazz Band opened their UK tour at the London Hippodrome in April 1919. The band members were all white but the jazz craze soon spread and other, black musicians began to cross the Atlantic. 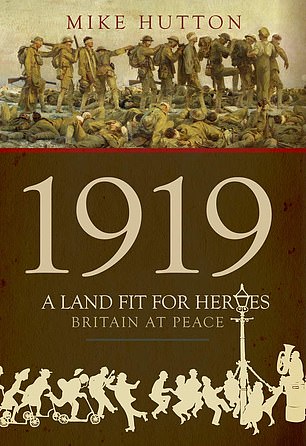 With Europe no longer a war zone, continental travel was possible for those who could afford it, although the tours of the Flanders battlefields advertised for 16 guineas may not have been to everyone’s taste. The aerodrome on Hounslow Heath inaugurated the first international air service with regular flights to Le Bourget, near Paris.

In Hutton’s words, Britain in 1919 was ‘like a boxer who, despite being declared the winner, has been punched to the point of exhaustion’.

This entertaining book makes a vivid portrait of a country poised between war and peace.

Dexter's Michael C. Hall Is a Rock Star: All About His Band Princess Goes to the Butterfly Museum
TV News

The biggest scandals to ever plague America’s Next Top Model

'Tiger King': 7 More Facts That Didn't Make the Final Cut (And Yes, It Gets Weird)