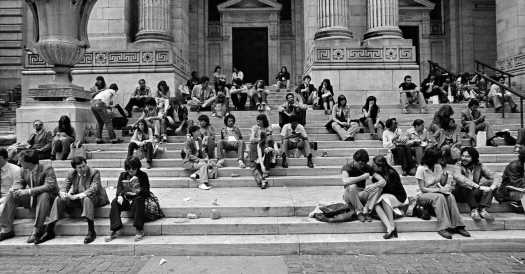 Even amid the clamor of a city of millions, New Yorkers have always been able to escape into a good book.

On Thursday, May 3, 1979, the New York Times staff photographer Fred Conrad visited the main branch of the New York Public Library. A crowd had gathered on the steps outside — in groups, in pairs, talking, eating. But among this gathering, a few sat slightly apart, heads bent. They appeared oblivious to those around them, unaware of the photographer’s lens. They were reading.

Even in the busiest of places, if you have a good book, you can retreat into solitude. And when you live in a city like New York, a book can be even more than a story at your fingertips. It can also be a respite, an escape, a sanctuary, a diversion and a travel companion. 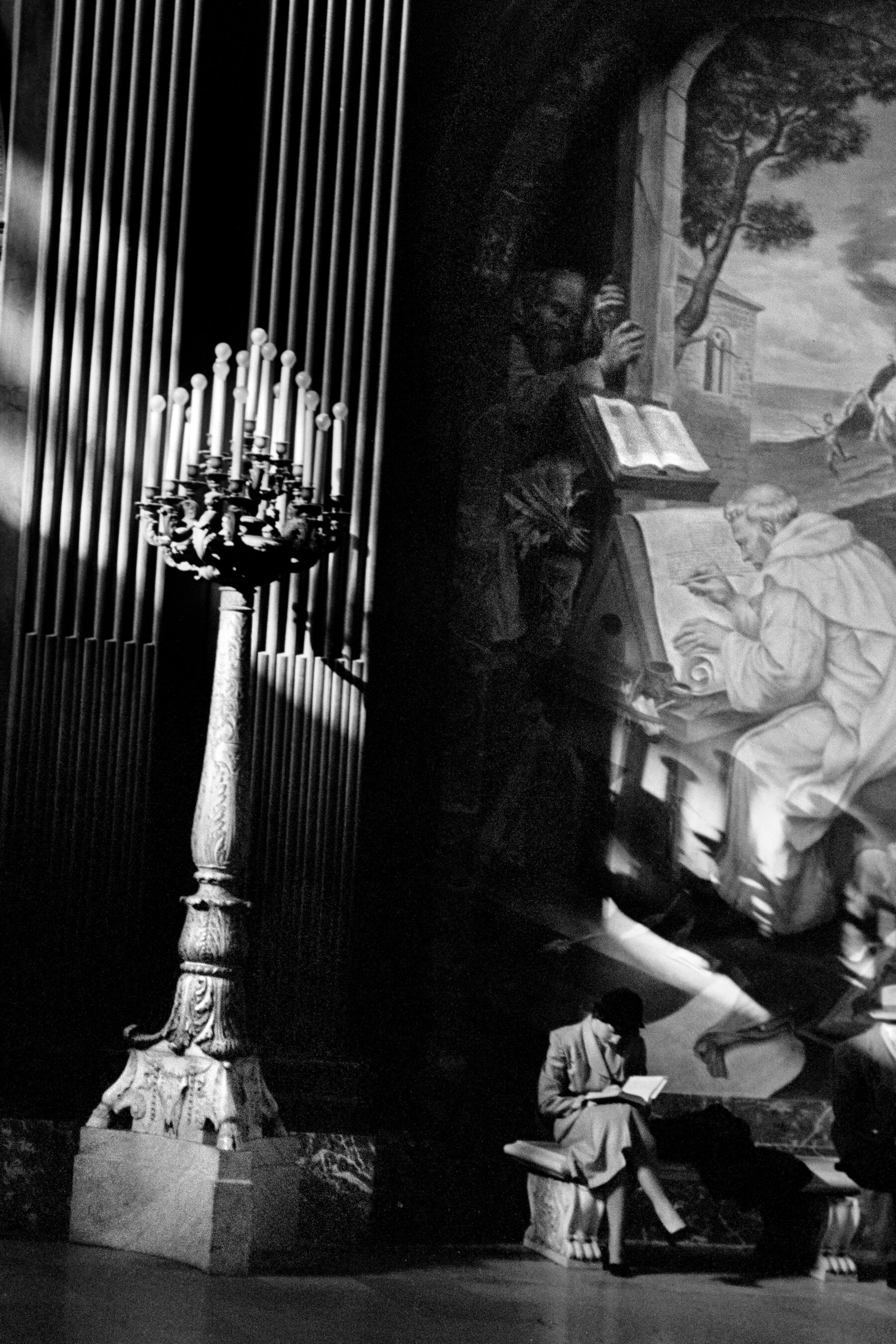 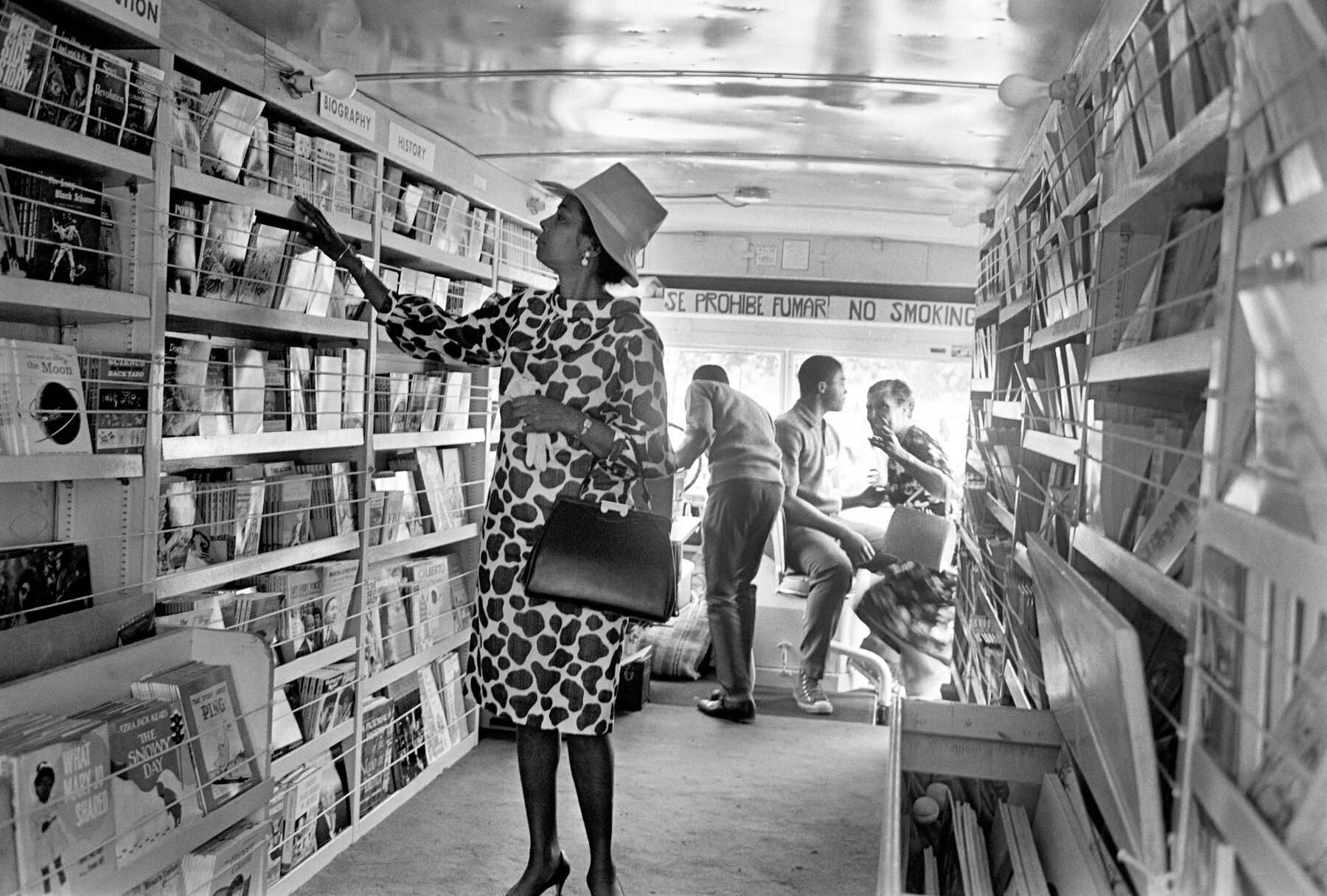 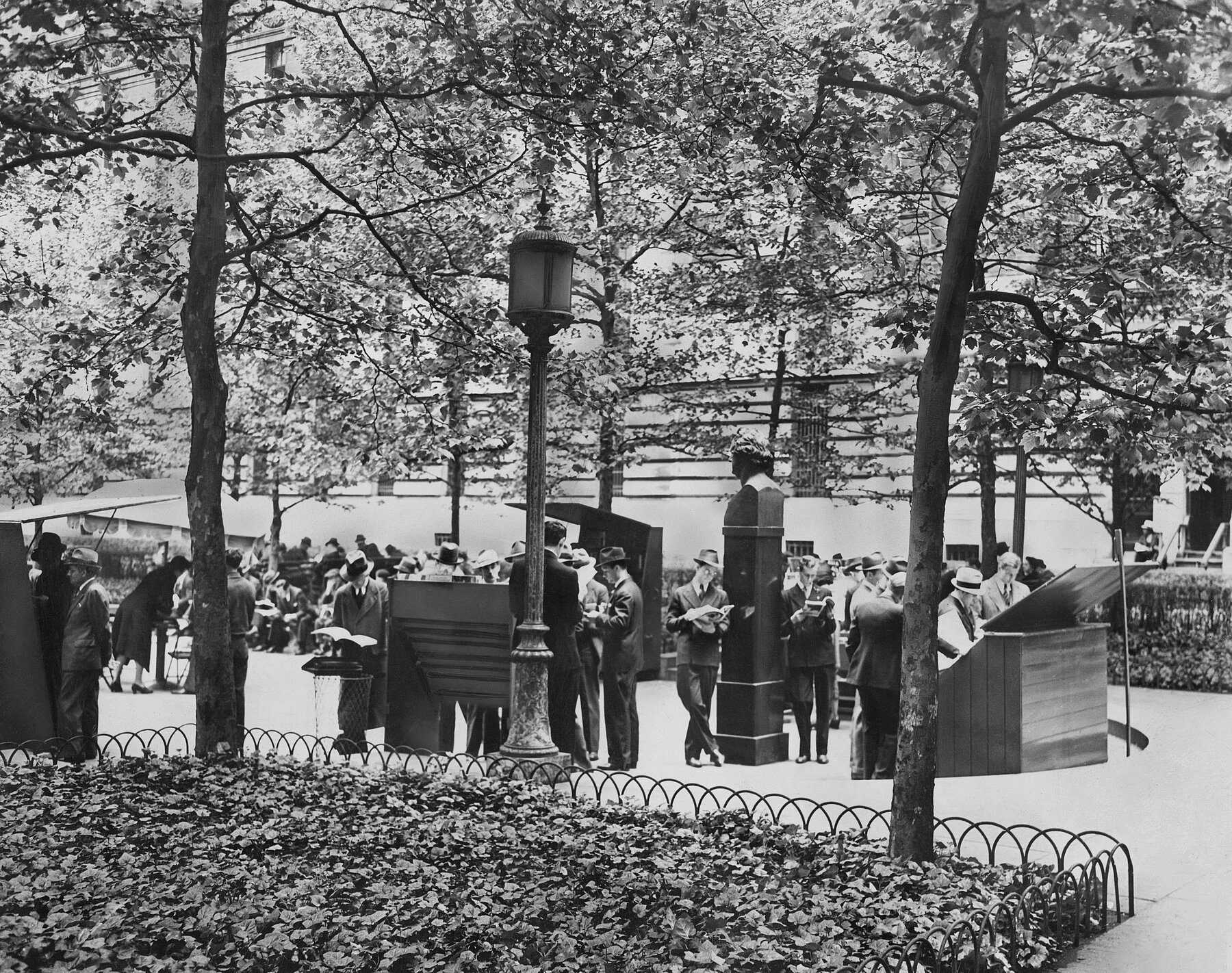 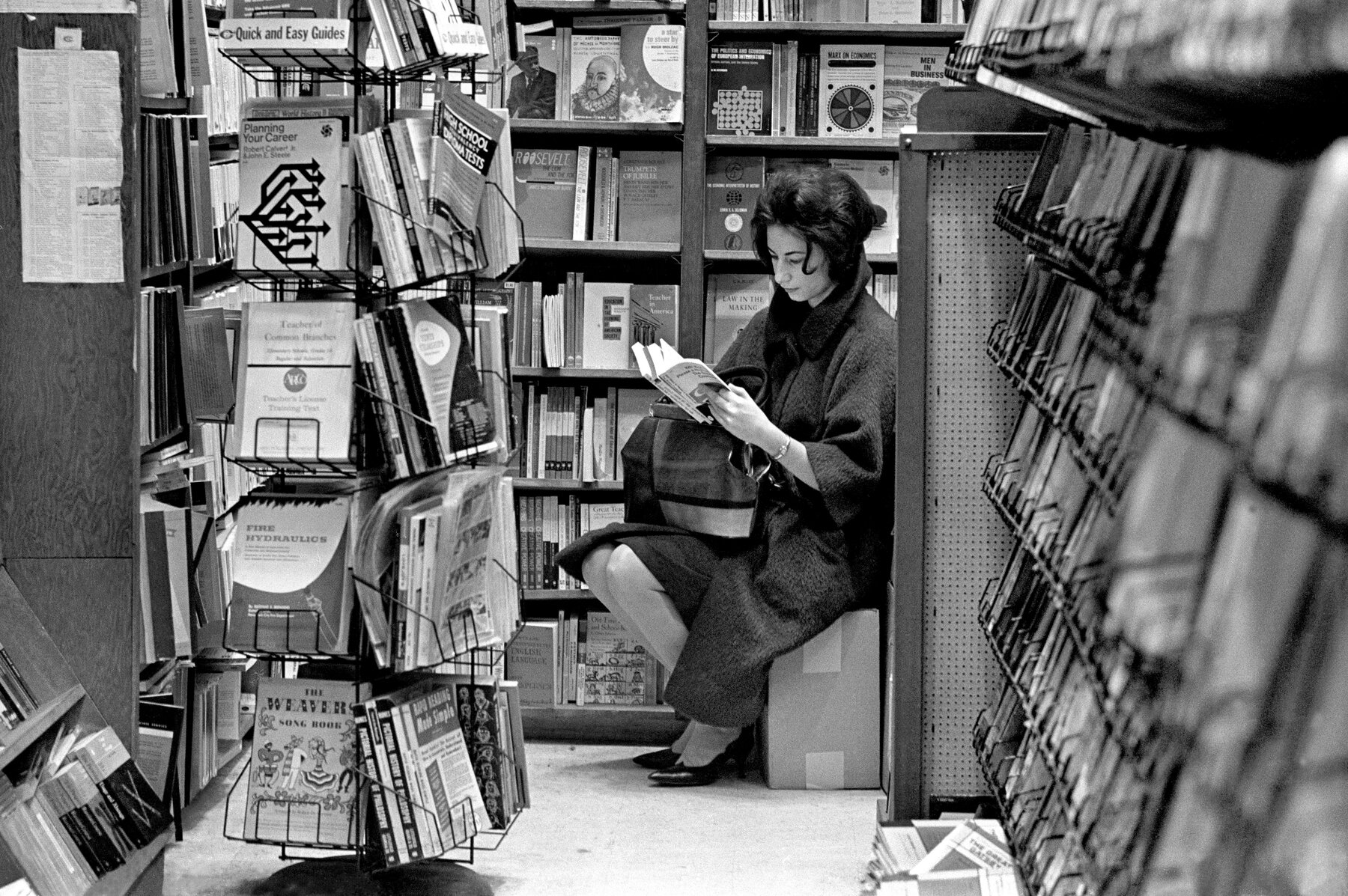 1967 | A bookmobile in Bedford-Stuyvesant, Brooklyn.

Whether they’re borrowed or bought, books have always been an enduring part of New Yorkers’ daily lives. When the library’s 42nd Street branch opened in May 1911, The Times reported that more than 50,000 people visited on the first day. Since then, people have been reading not just in the building, but also all around it. In Bryant Park in 1935, the N.Y.P.L., along with the city’s Parks Department, opened an outdoor reading room, originally intended to provide books, newspapers and magazines for the jobless during the Great Depression. It ran each summer until 1943 and gave New Yorkers the chance to read while, according to The Times, “idling in the open air under the plane trees.” The Bryant Park Reading Room returned in 2003, again for the warmer months, and has run every summer since.

With the rise of paperback books came a burst of new bookstores — and with them, even more book browsing. In Times Square, an all-night Bookmasters opened in April 1962, stocking 100,000 paperbacks for early birds and night owls alike. Despite the location and operating hours, the owners of Bookmasters insisted, “We do not have one pornographic book in this shop.”