Quiet man who saved the Mona Lisa from the Nazis’ clutches

Quiet man who saved the Mona Lisa from the Nazis’ clutches: Fascinating account of the thousands of French masterpieces saved during World War II

Reading Hamlet at school, I was taught that the delaying habit is a bad one. This new book, about how the Louvre’s priceless treasures were protected during the German occupation of France in World War II, utterly contradicts that theory.

It was through the delaying tactics of a self-effacing civil servant called Jacques Jaujard that the precious objects we most associate with the Louvre — the Mona Lisa, the Venus de Milo, the French crown jewels, as well as thousands of other items — were saved from destruction through bombing or damp.

He also stopped them from being spirited away by the Nazis to Hitler’s hometown of Linz, where his plan was to create a massive Fuhrermuseum stocked with fabulous works of art.

Jaujard, with his slicked-back dark hair, chiselled cheeks and thoughtful face, is the hero of this fascinating story. 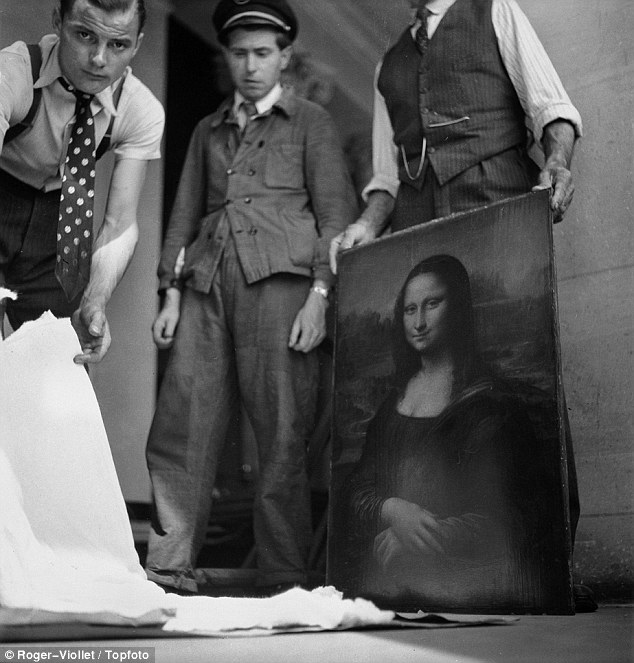 A new book reveals how Jacques Jaujard worked out a modus vivendi with the Nazis of civil co-existence which helped him to oversee the evacuation of Louvre’s treasures including the Mona Lisa (pictured being returned to Louvre in 1945) during World War II. He was able to protect thousands of cultural masterpieces from destruction

He knew the only way to deal with the Nazis was to talk to them nicely and seem to go along with what they were demanding, while taking a long time to respond to them and never quite getting round to filling in their horrible forms.

In short, he worked out a modus vivendi of civil co-existence — not to be confused with collaboration.

Thanks to careful planning, in August and September 1939, Jaujard (who was deputy director of the Musees Nationaux) managed to oversee the evacuation of the Louvre’s treasures out of Paris, as if they were his own precious children.

Lovingly wrapped and bundled into vans in the dead of night, they were taken to various chateaux in the south and west of France — many of them travelling on clogged roads full of terrified refugees fleeing the Nazi advance.

Some paintings were too precious to roll up. Gericault’s 22ft-wide The Raft Of The Medusa contained bitumen in the paint, which never fully dries, so it had to be transported upright on a theatrical scenery trailer which crashed through the overhead trolley cables as it passed by Versailles town hall.

At its best, this is a story of the inhabitants of a humiliated country doing all in their power to preserve their nation’s cultural heritage.

Quietly, the Louvre’s curators worked day and night to protect the priceless items in their care.

Kind dukes lent their houses for the duration of the war, keeping a wing for their families to live in and giving up the other rooms to lorry-loads of treasures. 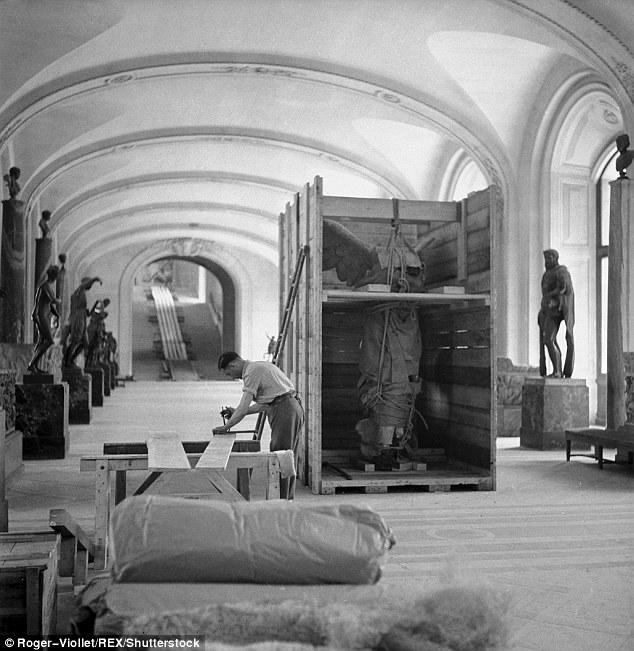 The Mona Lisa, wrapped inside its padded wooden crate, spent the war years nearly 400 miles from Paris in a sunny upstairs room in Montauban.

At any hint of danger from damp, bombing, or any suspicious Germans looking for Jews or Resistance members, artworks had to be removed to even more remote areas.

Terrified the Allies might start bombing some of the chateaux, the curators managed to get messages out to the Resistance, who passed them to the BBC. It, in turn, broadcast coded statements such as ‘Van Dyck thanks Fragonard’ and ‘The Mona Lisa is smiling’, to show that the message had been received.

The black-and-white photographs in this book are worthy of an art exhibition in themselves. As well as evocative pictures of Frenchmen in berets heaving artworks about with ropes, there’s one of Hermann Goring, hugely fat in a black overcoat, eyeing the artworks he lusted after.

How long would it take to see all of Louvre’s treasures?

They did have a thing for naked thighs, those male Nazis. Goring was particularly keen on the early 16th-century sculpture La Belle Allemande (a naked woman with long tresses by German sculptor Gregor Erhart), while Ribbentrop had his eye on Boucher’s Diana Leaving Her Bath, her fleshy thighs very much to the fore.

Jaujard did all he could to prevaricate with Goring, but he was hampered by the appalling personage of Abel Bonnard, the French education minister and a collaborator more Nazi than the Nazis, who smoothed the path for their requests.

So, La Belle Allemande and a medieval altarpiece made their way to Goring’s lavish Norse-style country palace in Germany, where he would receive guests dressed as an Indian maharaja or in mock-medieval hunting costume.

At the end of the war, those two treasures were found gathering damp and grime in a bunker in Germany, where they had been stashed by Goring in a hurry.

In early 1944, the Nazis tried to make a final grab for France’s most precious artworks, sensing they were losing the war. But Jaujard fussed just enough about the lack of appropriate vans to move the artworks eastwards that soon it was too late — the Allies had landed. 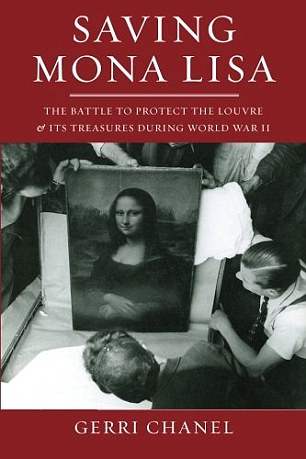 But for these tactics, the Mona Lisa may also have ended up in an abandoned bunker. Instead, we have a photo of it at the end of the war, intact, being unwrapped at the Louvre. It was re-exhibited as soon as July 1945.

Of course, appalling looting and destruction of artworks did take place in France. Jewish homes were stripped of their treasures, and in 1943, the Nazis slashed and burned more than 500 masterpieces classed as ‘degenerate’, including works by Picasso and Klee.

Jaujard was powerless to stop that. But when it came to his kingdom of the Louvre, bad damage was done to only a single item. In May 1945, a German prisoner, corralled in the Louvre courtyard, heard gunshots and, in a desperate attempt to find a hiding place in its case, tore to pieces a 4,500-year-old Egyptian mummy.