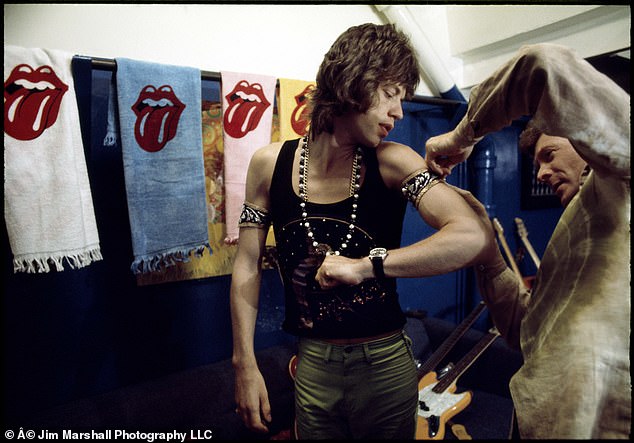 Jim Marshall captured the essence and influence of The Rolling Stones on and off stage. His new book exhibits the historial 1972 tour

Dedicated fans of The Rolling Stones will get a whole lot of satisfaction from this book marking 50 years since Jim Marshall, ‘the rock ’n’ roll photographer’, shot the band for his iconic collection.

The book exhibits the Stones’ historical drug and booze-fuelled 1972 tour, when the passengers on their private jet included a doctor trained in emergency medicine, at the ready to write prescriptions at all times.

Jim Marshall captured the essence and influence of the band, both on and off stage. As Keith Richards writes in the (short) foreword: ‘It’s a matter of access, once Jim was in, he was another Stone.’