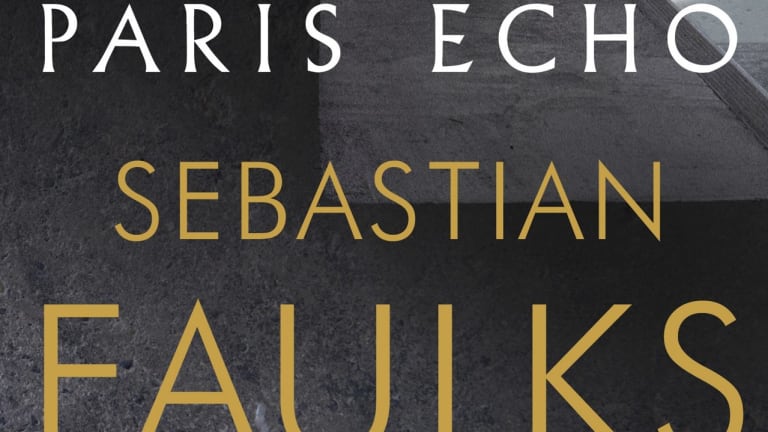 In his latest novel, Paris Echo, the ever-unpredictable Sebastian Faulks has produced a complex narrative told in two alternating voices. The first chapter introduces Tariq, a 19-year-old Moroccan student, ironically self-described as "a mix of soul and sexiness", who decides to head for the land across the ocean viewed from his Tangier home's rooftop terrace. Then the second "voice" is heard as earnest American post-doctoral researcher Hannah, now 31, arrives back in the Paris she left 10 years earlier.

This unlikely pair grabs the reader from the start, so that one wonders what brings them to Paris, whether their paths will cross and, if so, how. The use of Metro station names as chapter headings evokes aspects of World War II history that Hannah is investigating; it also places Tariq's meanderings as he come to terms with this city so different from Tangier. His Paris will involve working in a fast-chicken place; hers will require many hours of listening to recordings of women who survived the German occupation.

While the future lies invitingly before Tariq's good-humoured questing, it is the past that is Hannah's concern. What Tariq has left behind is a middle-class home and a girl called Laila with whom he is infatuated, without the consummation he devoutly wished. His Parisian ramblings via the Metro will, among other discoveries about the city's life, bring him in contact with an old-timer who purports to be called Victor Hugo and performs puppet shows in trains, and with a young woman he calls "Clémence" because she reminds him of a girl in one of Hannah's research findings. Faulks resists the obvious by denying Tariq the discovery of the French connections that were part of his late mother's background and by making this failure a matter for easy poignancy.

Tariq in his apparently rudderless way also becomes keen to know about the past, both on the familial level and in relation to the historical events that have made their impact on the city. By a neat but credible plot manoeuvre, he becomes a lodger in Hannah's apartment and becomes fascinated by the fruits of her research, and his superior grasp of the French language is helpful to her. Faulks is quite daring in the space he allocates to the stories of two women survivors whose audio narratives provide valuable insights into the wartime brutalities about which Hannah is writing a chapter in a scholarly book.

There is nothing schematic about Faulks' handling of these two lives, which may at first seem so disparate. Tariq, initially motivated by the need for a different future (including an active sex life), comes to share something of Hannah's interest in the past: in the devious ways of the Nazi occupation and the wartime Vichy government, of the vileness of the then-endemic anti-Semitism, of the Algerian war of the 1960s, and the echoes of such elements in the Paris the young Moroccan is discovering.

Hannah's concerns relating to these matters are of more scholarly import for her, but the novel's texture benefits greatly from the interaction of these two superficially diverse responses to the past, and indeed to the future. And Hannah's past, including a love affair with a tempestuous Russian 10 years earlier, and an Englishman who re-enters her life in the present, invites comparison with what Tariq will do about the Laila he left behind.

Faulks has stirred a rich brew with Paris Echo, one that is also spiked with wit.