One Novel. Three Generations. All of Life’s Challenges and Joys.

THE RECENT EAST
By Thomas Grattan

It’s a unique, if common, cruelty to transplant a child who is just putting down roots. For those pulled and relocated, there’s a thirstiness — and a little guarded ring of bark — that those with stable childhoods lack. In “The Recent East,” a wonderful, immersive debut novel from the writer and teacher Thomas Grattan, we’re given an intimate look at these wood cuttings, as seen through three generations of one family, each moved across an ocean just before blooming.

In 1968, Beate is 12. Germany is divided by the Berlin Wall and she lives in the East with her family, but her parents have acquired fake passports and intend to defect — first to West Germany, then England, then the United States. At the border, they tell the soldiers they are “returning” after visiting an ill cousin. Upset at leaving home, Beate is tempted to tell the truth, just to spite her parents. Yet she stays quiet and becomes a defector — a new kernel of identity her English and American teachers, classmates and friends want her to lean into: “There was nothing like trauma survived to let others remember for a while that their boredom was a luxury.” Having escaped communism makes Beate “interesting” — and lonely. 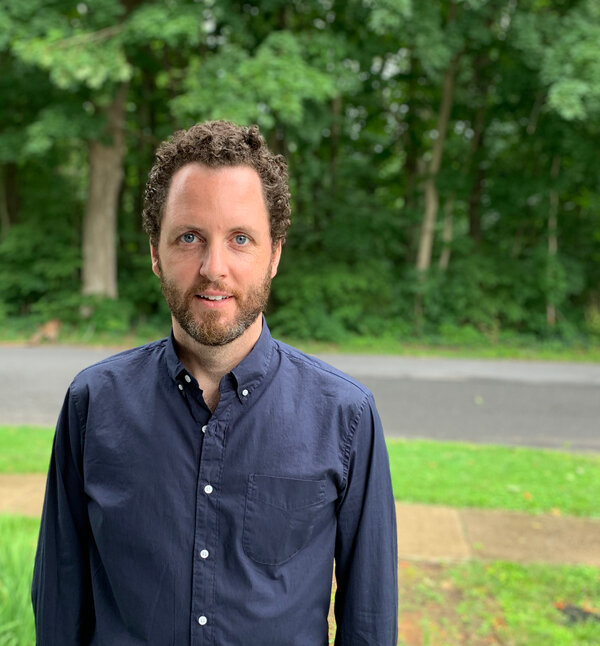 Jump to 1990. Beate, now in upstate New York, receives a letter. The Berlin Wall has fallen. The childhood home she left behind, the government explains, is now hers. Here is where the novel’s heft earns its great, beautiful weight. Beate decides to move back to Germany, returning with children of her own. Her son, Michael, who is 13, relishes his snipped roots and enjoys unsupervised nights of parties, vandalism, drugs and gay sex. Her daughter, Adela, who is 12, reads about the Stasi, about Mengele, about anything that might “explain how people’s meanness could metastasize.” She spends her days with her cousin, Udo, whose inability to accept Germany’s history ultimately (and dramatically) results in Adela being sent back to America to live with her father. Later, Adela marries, splits and returns to Germany. It’s 2009. Her child, Peter, bonds with her family. Beate has thrived. Michael owns a gay bar. All are deeply aggrieved, terribly lonely. All love one another.

Another jump: In 2016, a teenage Peter is distraught as Beate (his “Oma”) puts the old, baggy, fiercely lived-in house up for sale. In what may be this young person’s first telescopic image of time, he notices her presence: “She was here, as the great-several-times-over grandfather had once been. Also Oma’s parents, whom she talked about sometimes and got sad, though she said she was happy remembering them. Perhaps one day he would think of her in the same way. Perhaps he’d have someone who’d want to hear stories of Oma in this house and in Cologne.”

“The Recent East” is, in so many ways, a novel of life — at least in James Salter’s sense: “Life is weather. Life is meals.” As in many great novels, time is perhaps its most magnetic character. Our lives are time spent, and it’s a deep, expansive pleasure to spend a little of ours as these characters spend their own.

Most extraordinarily, Grattan gives us not only life, but a good life, the rarity of which in fiction (and increasingly, reality) is a shame. Is happiness really so uninteresting? Is contentment? Both seem to have developed that reputation, but in Grattan’s hands, life’s joys are magnetic. Michael, enjoying his newfound gay freedom, thinks of his new city as “a shelter dog ready to roll over and follow you forever if you approached with a soft voice and gentle hand.” When he meets another gay boy his age, his afternoon feels “like a giant soap bubble. Pop, he thought, but it kept going.” Beate, as a teenager, asks her boyfriend “to move into her and stay for a while. He is inside of me, she’d thought, and it felt like they were breaking an impossible barrier.” After a great deal of loss, grief, frustration and loneliness dealt to these characters, their joys arrive as they would in real life: like gifts we can scarcely believe are happening.

Even among the absolute, unequivocal horrors of Eastern Europe in the 1990s — neo-Nazis, xenophobic violence, police officers who sit “in their cruisers a block away, waiting for something to happen,” displaced refugees, homeless encampments, “the fascist who worked at the grocery store” and hate crimes, all of them mournfully recognizable in 2021 — there is room for life. Room, even, for beauty, which Grattan delivers with graceful economy. Watching Michael’s gay vocabulary of gestures is “like seeing a heron swoop to a landing, a spider spin a corner into silver.” At a seething, teenage party, “smoke hovered above the crowd like cartoon thinking.” An abandoned bathroom has had “toilets pulled from it like rotten teeth.” Like all beauties, these are dilations of time. Where our present era of decimated attention demands contraction and diminishment, “The Recent East” offers expansion; it artfully holds open a needed space — to wander, to contemplate, to notice. Even just to breathe. Like the house in the novel, life is so much larger than we remember.

Nervously crossing the border, a young Beate hides her ears under her hair. She imagines them “like the leaves of a houseplant, thin and large and loath to hide from the sun.” Perhaps this is what made me think of roots, of plants asked to bloom without soil they trust. But bloom Beate does, and so do her children, and so do theirs. Grattan’s true talent is patience. I think it’s only now that I’ve realized where it is these characters grow. One name for it is family. The other, no matter who offers it, is love. I’m grateful this novel could take me there.