On Matters of Race, Randall Kennedy Demands Thinking Over Feeling 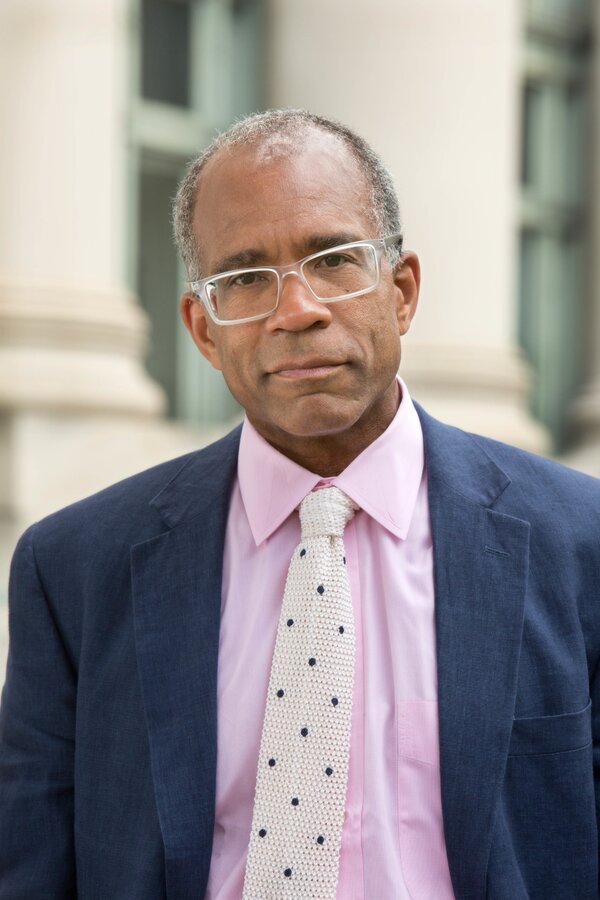 SAY IT LOUD!
On Race, Law, History, and Culture
By Randall Kennedy

Randall Kennedy dismisses claims that American university campuses are racist. He assails the sanctification of Malcolm X, saying that his most prominent biographer, the late Columbia University professor Manning Marable, “accords his hero a stature in memory that he lacked in history.” Kennedy is against taking names off buildings because the person in question was a racist, and questions identity based on race rather than individuality. To those who decry the “respectability politics” of calling for Black people to maintain mainstream standards of behavior, Kennedy ripostes that this kind of discipline has indeed benefited Black people in the past — there was nothing “street” about most civil rights leaders of yore, for example, and they liked it that way.

Why, then, is Kennedy, a Black professor at Harvard Law School, not typically included on the list of Black conservatives or even “heterodox Black thinkers,” to use the currently fashionable term of art? The anthology “Say It Loud!” teaches us why. This collection of 29 of his essays lends us the fullest portrait yet between two covers of Kennedy’s thought, and just as much of it fits the mold of Black thought traditionally treated as “authentic” as does not.

Kennedy is pitilessly dismissive of Justice Clarence Thomas, witheringly allowing that “there is reason to think that he would be a nice neighbor” but that he is ultimately a mere “talented con artist,” undeserving of his place on the bench. He thinks there is such a thing as a sellout (and not just Thomas) and he dismisses the idea of a “post-Blackness” under which Black identity can take any shape according to the whims and predilections of the individual. For him, one may or may not merit membership in the tribe, and he shares members of that tribe’s despair about Trumpism, disappointed that despite a certain former optimism, “I do not expect in the remainder of my life to glimpse, much less enjoy, a progressive racial promised land.”

The reason for this cocktail of positions is that Kennedy, as a legal scholar and law professor to the nth degree, is uncompromisingly disinclined to partisanship over reflection. His discipline in this regard is rather awesome. He switches among various names for the Black race rather than hewing to “African American,” out of a refusal to give in to passing fashion. After chronicling the unsavoriness of the white Department of Justice lawyer Phillip Elman’s dismissive recollections on the abilities of the Black lawyers who led the fight for Brown v. Board of Education, Kennedy goes to the trouble — while maintaining his disdain for Elman’s position — of apologizing for deeming him a racist in earlier writing. His suspicion of race-based pride is not because of any numbness to the visceral feeling himself, but out of, in part, a wariness that such tribalism will lead a group to recapitulate the sins of the oppressor. Here is a book in which “maybe” occurs three times in the final paragraph.

Kennedy is someone who studiously resists feeling over thinking, and in considerable part for that reason “Say It Loud!” is not a book most will be inclined to take on vacation. For example, the history and aftermath of Brown v. Board of Education are seminal matters to any true understanding of America’s racial history — as Kennedy notes, 10 years after the decision in 1954, only a touch more than 1 percent of Black kids in the South were going to school with whites. However, various essays in this book together provide this case with a detail that few beyond historians and legal scholars are likely up for.

Overall, despite the title of the book, Kennedy, unlike James Brown, is not one for saying things “loud.” The one time in the book he even starts to do so is when he surmises how he would feel if he encountered a monument to the unvarnished bigot Woodrow Wilson: “I would smilingly give him the finger and shout with satisfaction, ‘Look at me and my people now!’” But even here there is a certain starchiness in the phraseology — (“smilingly” giving the finger and shouting “with satisfaction”) that brings us back to a deeply temperate writer.

Only in his unhesitantly acid take on Clarence Thomas does Kennedy even hint at a bit of what some call thunder. Kennedy once wrote a deft critique of the foundations of critical race theory and, predictably, took some heat for it. To be familiar with his oeuvre is to miss that piece here. Technically it appeared too long ago to qualify for the roughly 20-year span of these essays (though one of them is based on a piece that appeared earlier). I can’t help wondering if Kennedy omitted the essay out of a worry that in today’s climate of controversy over “C.R.T.,” certain right-wing elements might find it useful. If this, along with a judgment on that piece Kennedy recounts from the Harvard Law professor Derrick Bell, is what led Kennedy to refrain from anthologizing that essay, then the decision qualifies as (1) considered but (2) by no means “loud.”

Finally, while “Say It Loud!” may not always be exciting reading, Kennedy is the kind of writer who gives you the sense that in the end he’s always just plain right. Race in 2021 differs from race in 1961 solely in matters of politeness? A “new Jim Crow”? Such ideas can seem electric and, combined with the sense they lend of being on the side of justice, they can be as irresistible as they are fantastical. Kennedy does not pretend otherwise: “To adequately address the crises we confront now requires more than habitual incantations of Brown” or allusions to “segregation” and “the new Jim Crow.” But then, claims that Black people just need to shape up and “get real” have little more purchase upon concrete or moral reality. We will not gain anything by returning to a punitive, unreflective Gilded Age version of social justice. Kennedy’s take, one gleans, is that progress has indeed happened — “we are,” he says, “beneficiaries of antiracist struggles” — but that getting further will require change not just in Black behavior but also in society itself, through “future movements for enhanced racial equity.”

But then we must recall that Kennedy has also said he doesn’t expect a “racial promised land” in his lifetime. He assumes progress will be gradual and, one senses, relatively undramatic. And in this, as in almost everything about his views on race in America, Kennedy is both resolutely temperate and probably right.