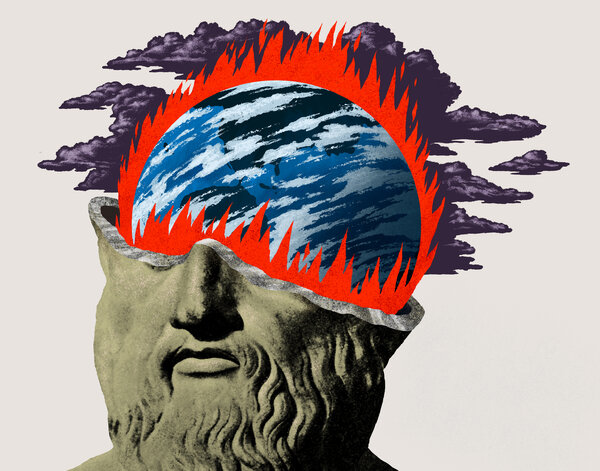 The Politics of Catastrophe

Writing about the past, like every human endeavor, has a history, with its own traditions, fads and shifts in scope and method. It was once common for historians to think big, scanning the decades, centuries and even millenniums for grand patterns and enduring lessons amid the rise and fall of states, empires, economic structures, intellectual systems and world religions.

Today such sweeping ambition is out of fashion among academic historians. Instead of attempting to make sense of the big picture by examining the elite layer of societies over long stretches of time, most of our professional historians tend to focus more narrowly and then dive deep, studying a cross-section of a society from top to bottom and advancing broader claims from what they unearth in the excavation.

Niall Ferguson is, in many ways, a historian of the old school. He was trained in the history of business and finance, but over the past two decades his interests have broadened. In a long list of books written mostly for popular audiences, he has tackled (among other topics) the mistaken decisions that led to World War I, the rise and fall of global empires (he regrets their passing), the distinctive advantages of Western civilization and the life of Henry Kissinger. (The admiring first part of a projected two-volume biography appeared in 2015.) Along the way, Ferguson has also produced numerous historical documentaries and written for Bloomberg and other publications. (I edited his columns and features for Newsweek during 2011 and 2012.)