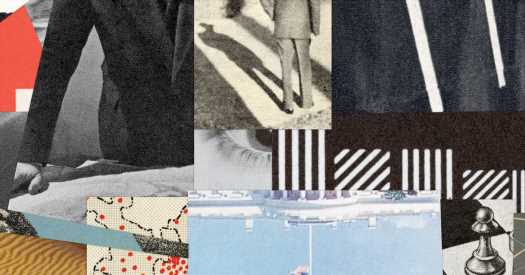 Follett’s latest novel abounds with characters who work in espionage — from Abdul John Haddad, a C.I.A. agent, to Chang Kai, a high-ranking Chinese intelligence officer. But it’s not a spy novel, per se. In a brief preface, Follett mentions that the idea behind this book emerged from his research for his 2010 novel “Fall of Giants,” which is set in the early 20th century. “I was shocked to realize that the First World War was a war that nobody wanted,” he writes — which led him to wonder if and how such a “tragic accident” could happen again. “Never” provides a very contemporary answer to that question.

The preface removes some of the suspense from what follows, and also makes it clear that the counterterrorism plotline in the novel’s early pages isn’t going to be its primary focus. Instead, Follett explores how a conflict between Chad and Sudan slowly draws the United States and China to the brink of conflict. About a quarter of the way into the novel, the scope widens to take in an internal conflict in North Korea, which leads to further fissures between the two superpowers.

“Never” isn’t always a subtle book — there’s a Republican politician who uses the phrase “bad hombre” — and a subplot about Pauline Green, the U.S. president, watching her marriage implode feels overcrowded. (A greater focus on South Korea’s president, who makes a few globally significant decisions, would have been welcome.) But as climate change threatens to increase political unrest, Follett neatly dramatizes the growing danger with references to famine in North Korea and lakes drying out in Chad.

Throughout the novel, characters emphasize that nuclear weapons be used only as a last resort. Kai argues with his more militaristic father that “annihilation would almost certainly follow” a nuclear strike on the United States, and Green has ominous conversations about atomic war and casualty levels with her advisers and family. And yet, for all of those warnings, the die seems inexorably cast. The book’s chapters are grouped by Defcon levels; while almost half of the novel takes place in Defcon 5, the “lowest state of readiness,” it’s not much of a spoiler to say that this changes for the worse — and the tragic momentum of the final hundred pages leads to a sobering conclusion.

McCloskey, a former C.I.A. analyst, drew on the recent history of Syria for his novel “Damascus Station”: Portraits of President Bashar al-Assad hang above office doorways, unrest racks the nation and protests are met with violent crackdowns. At the heart of the book is a game of cat-and-mouse played by three characters — Sam Joseph, a C.I.A. agent; Mariam Haddad, who works in the Syrian Palace; and Ali Hassan, a Syrian general. Though perhaps “cat and cat and mouse” or “cat and cat and cat” might be more apropos, given where the novel ventures.

The shifting dynamics among these characters give this novel much of its tension, with Sam working to recruit Mariam for intelligence work and Ali trying to snuff out security leaks. The decidedly nonregulation relationship that develops between Sam and Mariam complicates matters — and, unfortunately, gives free rein to McCloskey’s more florid tendencies as a writer (“the initial cartoon of the sensual, olive-skinned desert princess melting into the English-speaking, Krav Maga-practicing diplomat”). Sam’s desire to find justice after one of his colleagues dies in Syrian custody adds another layer of personal investment into the mix.

Where the novel excels is in very specific details of espionage, including an explosive test using cadavers, the C.I.A.’s continued use of Lotus Notes in the early 2010s (“What is this, 1995?” one character grouses), and the deployment of a taxidermied cat for dead drops. Sam has a talent for gambling, but thankfully this doesn’t steer the story toward spy-novel clichés; instead, McCloskey utilizes it to ground Sam’s sense of risk management.

In the end, it’s Ali — the novel’s de facto antagonist — who emerges as the most intriguing character, portrayed as a man with few good options and no illusions about the regime he works for. “Assad is going to kill his way out with all of us lashed to his throne,” he tells his wife at one point — and his older brother, Rustum, a sociopath with a penchant for torture, looms ever larger as the novel approaches its conclusion. While Sam and Mariam’s star-crossed bond is at the center of the novel, characters like Ali and the profane, tattooed station chief, Procter, give it more unpredictability.

A newly elected Democratic president takes office with a plan to eliminate partisan gridlock in Congress, bolster the nation’s infrastructure and combat climate change. Sound familiar? Rosenstiel’s “The Days to Come” — his latest novel featuring the political fixers Peter Rena and Randi Brooks — uses the early days of the presidency of David Traynor, “the bro billionaire,” as the backdrop for a tale of industrial espionage and online disinformation.

The book initially focuses on the efforts of Traynor and his Republican vice president, Wendy Upton (who crossed paths with Rena and Brooks in Rosenstiel’s previous novel, “Oppo”), to get their ambitious agenda passed. While the idea of a bipartisan unity ticket might seem overly idealistic, Rosenstiel balances it with a more knowing sense of political “nihilists” and the rivals who “had learned to simply block everything” that the previous occupant of the Oval Office tried to pass. Meanwhile, Rena deals with an attempt to smear him online that harks back to Pizzagate — complete with its own version of the attack on Comet Ping Pong.

Eventually, these seemingly disparate threads come together, though the first third of “The Days to Come” can feel more like a long prologue than a fully engaged aspect of the story. And certain early revelations, such as efforts by Traynor’s political opponents to shore up their own power, feel undercooked by the end of the book. When Rosenstiel’s novel finally takes on the idea of international espionage and the advantages and disadvantages of keeping world-changing technology under wraps, it becomes genuinely thought-provoking and lives up to its ambition. Along with its more familiar elements, “The Days to Come” has a few surprises in store — even if it has less to say about the current state of Washington than it first seems.