PERESTROIKA IN PARIS, by Jane Smiley. (Knopf, $26.95.) Two decades after Smiley wrote about the world of horse racing in her 2000 novel “Horse Heaven,” she revisits the theme in this lighthearted romp about a racehorse on the loose in the big city.

THIS TIME NEXT YEAR WE’LL BE LAUGHING, by Jacqueline Winspear. (Soho, $27.95.) The best-selling author of the Maisie Dobbs mystery series pulls back the curtain on her hardscrabble postwar childhood in rural Kent, England, in which bitter poverty was offset by good cheer and family love.

VLADIMIR NABOKOV’S SPEAK, MEMORY, by Sven Birkerts. (Ig, paper, $14.95.) In the latest entry to the “Bookmarked” series, in which writers analyze the books that have mattered most to them, the author and critic Birkerts probes the themes and lasting significance of Nabokov’s classic memoir.

THE FALL OF AMERICA JOURNALS, 1965-1971, by Allen Ginsberg. (University of Minnesota, $34.95.) Ginsberg won a National Book Award for his 1974 collection “The Fall of America.” These journals document the cross-country travels and social unrest that fueled that book.

BLACK HOLE SURVIVAL GUIDE, by Janna Levin. (Knopf, $20.95.) The physics and the very concept of black holes are daunting for nonscientists to understand, but Levin clearly explains the crucial role they play in galactic formation. 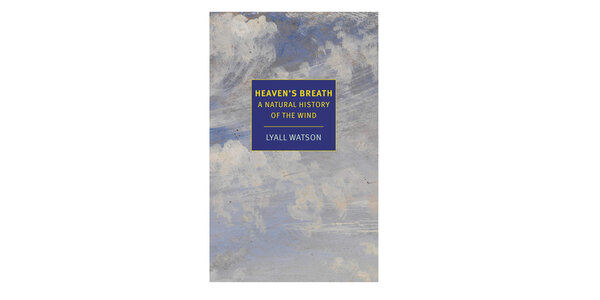 A passage in “The English Patient” about local winds throughout the world led me to HEAVEN’S BREATH: A Natural History of the Wind, by Lyall Watson, published in 1985 and reissued last year. The book explains the science of wind, but also its effects on biology, geography, society and key moments in history. At times, it’s hard to keep up — but a mercurial stream of facts and anecdotes is only apt. You’ll learn how a thunderstorm is like a living thing, and what happens when someone’s parachute is sucked into one. (Nothing good.) There are some dated facts: an energy project from the ’80s, errant speculations about the Amazon basin in 2000. Other parts, especially on the spread of viruses, are prescient. When travel is safe again, I’ll pay fresh attention to the skies. “To live,” Watson writes, “even for a few off-duty hours, at the pleasure of the wind, is to recapture the thrill of being a part of something larger.”