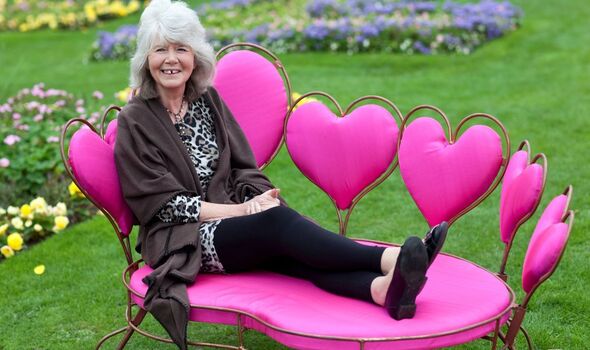 The author, hailed as the “Queen of the bonkbuster” who had huge success with her saucy series of novels, is consulting for the adaption of her book for a new eight-part series on Disney+.

But Jilly, 85, believes viewers are just not as raunchy as they used to be.

She said: “They’re much more rigid, much more censorious. I don’t know about sex – you can’t say anything about anything. You daren’t.”

But she added with a chuckle: “I think they still have sex.”

Jilly, a big Disney fan, is an executive producer on the TV series and is reading scripts while the hunt is on for the actor to play her hero, Rupert Campbell-Black.

Her novels, set in the fictional county of Rutshire, kicked off in 1985 with Riders. Jilly has admitted even she was shocked by all the unbridled passion in that book.

But she says Rivals, her favourite in the series, isn’t quite as raunchy.

The author added: “I’m very excited that I’m involved, so they can ask me about scripts. Scripts are terribly important.”

Rupert was played by Marcus Gilbert in the 1993 movie version of Riders, which follows a group of bed-hopping show jumping stars. In the 1988 followup, Rivals, Rupert has become a politician in a feud with a TV boss.

Jilly has said he was loosely based on Queen Camilla’s former husband, Andrew Parker Bowles, with some of his friends’ traits thrown in. She said: “They were a wildly dashing and exciting group.” But she added the sexy stuff “was entirely my invention”.

She is now writing Tackle – a soccer-based novel – though she admits: “I keep getting told to put more sex in it. I’m 85. I’ve forgotten how to do it!”