‘My Monticello,’ by Jocelyn Nicole Johnson: An Excerpt 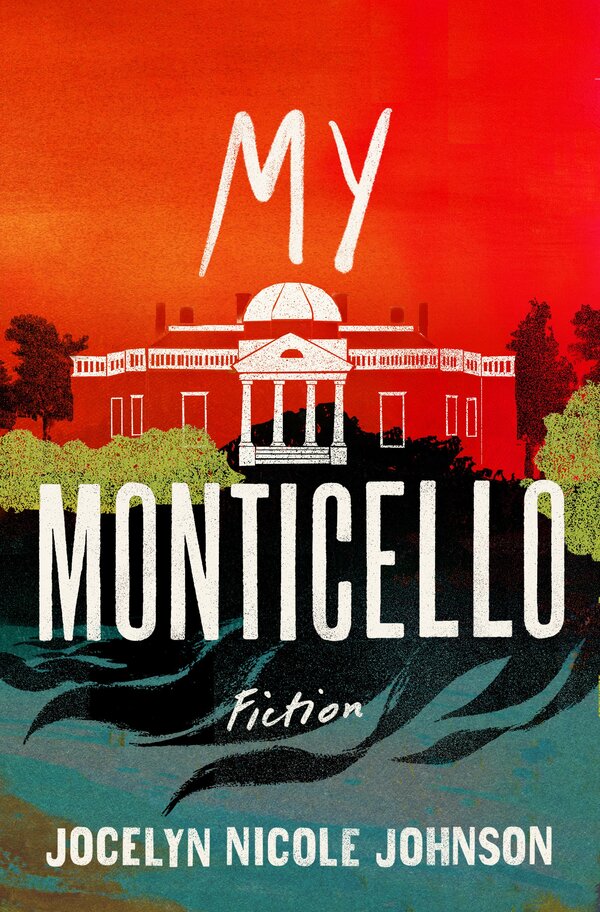 We claimed it first, this little mountain. Me and MaViolet and a scattering of neighbors, all of us fleeing First Street after men came to set our row of tin-roofed homes on fire. The men came at dusk blaring an operatic O say can you see. White heads rose up from dusty Jeeps and dark hair thrashed in a harsh new wind like tattered flags. OURS! the men shouted. Their rifles gleamed as if they’d only just been bought: a megastore militia. Through a hasty breach in MaViolet’s blinds, I even saw a boy among them, blond and sneering in a pickup window. Men leapt from back seats, sprang out of truck beds, and rushed toward the faces of our homes. White hands clutched metal canisters, swung torches spilling flames. Bright shouts, the rising haze of smoke— all that and more rousted us out. From our patchy front yards, we saw bodies blur as some of our neighbors charged forward to try to stop them. We saw a teen struck with the butt of a rifle, his temple spraying red. A toddler flailed, diapered and clinging to its mother’s hip as she sank knees first to the sidewalk. What we saw in those moments riveted us, and then it set us free.

No plan of where to go until my eyes landed on the short Jaunt bus, parked along First, cloaked in its skin of stars and stripes. Ma Violet used to ride those small city buses, which catered to seniors and folks with disabilities. This particular Jaunt had sat out front for weeks, abandoned like so many vehicles ever since the grid went down. A break in a roaring line of Jeeps, and Knox and I ran toward it, tugging MaViolet between us, still in her pale housecoat and slippers. Behind us, I saw Devin sprint out from between two buildings, metal shining in his mouth and on his hip. His twin cousins followed, the three of them gesturing wildly, drawing the armed men’s attention.

When we reached the Jaunt, MaViolet lurched to the top step, collapsing into an empty front seat. I slid in beneath the steering column where, by grace, keys dangled. Inside, a group of neighbors huddled along the brief aisle, their voices flowing toward us in recognition. A hush fell when Knox crested the landing after me— my college boyfriend, tall and white, wearing wire-rimmed glasses. My eyes hung on him too, for a fraction of a moment, with me wondering rashly, Why is it we love what we love?

[ Return to the review of “My Monticello.” ]

Those men with guns must’ve seen our shadows in the Jaunt bus windows: a burst like fireworks, a jagged brightness, then I heard a known voice shouting, Go! Go! Go!

It was Devin’s voice— he and the twins had shot back at the men as they made their way to us. They jumped on the bus and I stomped on the gas, gripping the steering wheel so tightly my palms ached for days. We did not so much peel out of First Street as fly away.

That was the night we came and claimed this place, if not first exactly, then first since this dark new unraveling, when everything has been set free again, the way I see it. Not to mention our original due, denied, dismissed, but still there teeming in our blood, at least in MaViolet’s and mine.

The men with fire came in the wake of great and terrible storms that felled historic trees and flooded City Hall. They came after the power failed us and our phones went glitchy and dark in our palms. In those moments just after our cells all crashed, I witnessed a jet and a hospital copter both plunge from a rainless April sky. It was unclear whether we were under siege, or whether the world was toppling under its own needless weight.

In those surreal and collapsing weeks, brazen hordes of students refused to leave our college campus. Some threw rain-soaked keggers right on grounds. Others held demonstrations, outraged that their futures had been waylaid, whatever the cause. For weeks, I remained on campus too, an act of desperation or resolve: my transfer and tuition paid represented so much sacrifice and effort, and not solely mine. By then, I’d moved in with Knox, in his rustic but prestigious dorm room bordering the Lawn. I’d leave only briefly, every handful of days, to check on MaViolet, my momma’s momma, who just about raised me. MaViolet lived just a few miles from campus, in one of our town’s clusters of public-assisted housing. But after my last visit, when I tried to come back, whole sections of campus had been barricaded. A crew of young men, their faces streaked in our school’s colors, hounded me off, shouting and spitting, shoving me back. But I’m a UVA student! I told them. My things are inside! Knox was waiting inside that perimeter too, wholly unaware, I later learned, of how quickly things were devolving outside his closed door. Later, when I told Knox our classmates had barred me, his gaze drifted, as if he could not quite believe them or else it, which may have meant me. The important thing was, he’d come and found me, at MaViolet’s house, after I had not been able to return.

Fleeing First Street in the Jaunt, we barreled by Brown’s corner store with its sabotaged pumps and boarded-up windows. We veered at a blighted traffic light and rolled down a long sagging road past small, once-cheerful-looking dwellings. By then, those houses stood battered and grim-faced, ringed in waist-high lawns.

Behind me someone said, You cut?

Someone else called out, Everybody all right?

Then folks’ voices began to surge with new panic. Is that them? Oh God! They’re still coming! Drive!