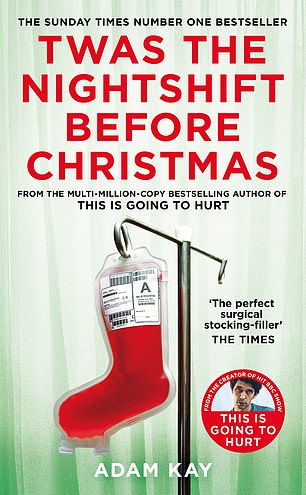 Twas the nightshift before christmas

For the NHS, Christmas is a working day. Having been on duty for six of his seven Christmases as a doctor, the comedian and author Adam Kay has a wealth of experience of the medical problems that patients present at the season of goodwill. His Christmas diaries range from the eye-watering to the tear-jerking.

Decking the ward with a wreath made of condoms and enduring the seasonal visit of a Government health minister is only the start of the festive fun. Unorthodox uses for confectionery take a starring role and a low point comes when Adam is pressed into service as Santa on the children’s ward, despite his protests that he is Jewish.

This hilarious follow-up to This Is Going To Hurt is punctuated with moments of heartfelt compassion for patients for whom Christmas coincides with tragedy.

Beasts of a little land 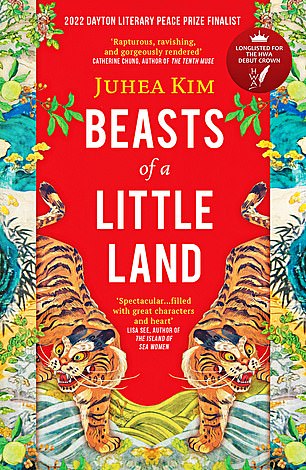 With the TV series Squid Game, the award-winning film Parasite and the viral success of K-pop, Korean culture has achieved global prominence. But the country’s history is less well known.

This debut novel by the Korean-born writer Juhea Kim, who now lives in the U.S., is set during the troubled years of Korea’s 20th century with a huge cast of characters.

As the novel opens, ten-year-old Jade is taken by her mother, who can’t afford to keep her at home any longer, to be apprenticed to a beautiful courtesan.

Jade grows up to be a celebrated actress in the Korean capital Seoul, where she meets an orphaned street boy whose life will become entwined with hers. This epic historical novel offers an entrancing glimpse into a colourful world of love and conflict.

This brilliant account of the Cuban missile crisis by Serhii Plokhy, professor of history at Harvard University, begins with chilling quotations from the principal politicians involved.

‘Every man, woman and child lives under a nuclear sword of Damocles,’ said JFK, while the Soviet leader, Khrushchev, reflected: ‘One of the problems in the world today is that not enough people are sufficiently frightened by . . . nuclear war.’

On October 16, 1962, the CIA told Kennedy that Soviet nuclear missiles had been deployed on Cuba, 90 miles from the U.S. mainland. Kennedy’s hawkish generals urged him to invade Cuba.

Fortunately, instead, he decided on a blockade, for it turned out that unknown to the CIA, the Soviets had nine armed nuclear bombs with which to resist invasion. Plokhy’s authoritative and grippingly readable history concludes with the timely reflection that ‘Looking back is a prerequisite for moving forward.’