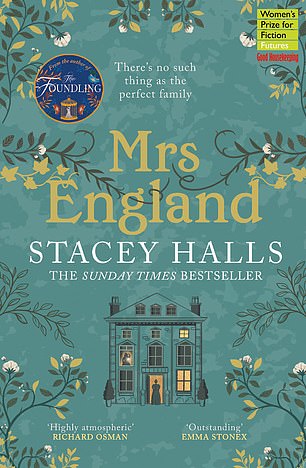 When Ruby May wins a scholarship to train as a nanny at the prestigious Norland Institute, it offers her a chance to escape her troubled upbringing.

A placement with a delightful London family, the Radletts, seems to confirm Ruby’s improved fortunes. But when Mr Radlett’s job takes the family to Chicago, Ruby is unable, for reasons she cannot bring herself to explain, to go with them.

Instead, she accepts a job looking after the four young children of Mr and Mrs England, members of a dynasty of Yorkshire textile manufacturers.

The atmosphere in Hardcastle House, the Englands’ isolated home, is unsettling. While Mr England is effusively friendly, Mrs England seems detached, even from her children, and the servants are hostile.

Bestselling author Stacey Halls conjures a chilling sense of foreboding amid the satanic mills of Edwardian Yorkshire, where family secrets emerge from the darkness.

A single murder has many victims. From an individual’s killing, waves of pain spread out to their family, friends and colleagues. In Alice’s case, witnessing the fatal stabbing of her fellow police officer, Johnno, has led to post-traumatic stress disorder and sectioning on an acute psychiatric ward.

But old habits die hard, and Alice keeps a sharp eye on the foibles of both her fellow patients and the medical staff, little suspecting that her former professional skills will be called upon when a body is discovered on the ward.

It is not long before Alice has solved the case, but her former colleagues in the Met are frustratingly slow to accept her conclusions, while the medical staff actively hamper her investigations. And then another person dies. 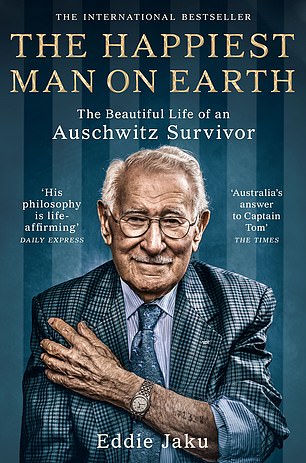 THE HAPPIEST MAN ON EARTH

Eddie Jaku, who died last year aged 101, described himself as ‘the happiest man on Earth’, a description that he used as the title of his memoir, published when he was 100 years old.

It is an extraordinary statement for a man who suffered brutal Nazi persecution when he was scarcely more than a child, and spent years in concentration camps, where his parents and almost his entire family were murdered.

‘I lost my dignity, my freedom and my faith in humanity,’ he writes. Somehow he survived, thanks to his training as an engineer, his gift for friendship and his own indomitable spirit.

Initially reluctant to revisit the horrors of the past, he eventually concluded that he must tell his story for future generations.

Resilience, generosity of spirit and a belief, despite everything, in the fundamental goodness of humanity shine through this outstanding memoir.