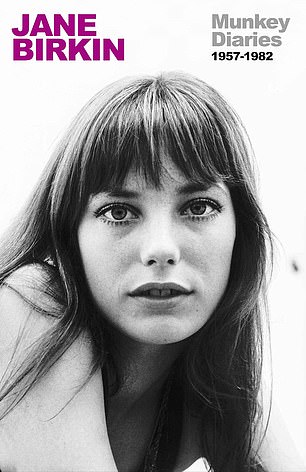 In the UK, Jane Birkin is famous for Je T’aime . . . Moi Non Plus, the heavy-breathing love song she recorded in 1969 with her partner, Serge Gainsbourg, and of course for the Hermès Birkin bag named after her.

In France, they were the golden couple of the 1970s, yet amid the glamour and celebrity, Birkin was painfully insecure, as her diary reveals.

Aged 12, she began keeping an occasional record of her life, addressed to the beloved toy monkey she treasured into adulthood.

It records her disastrous marriage, at 18, to film composer, John Barry, 33; her meeting with Serge on the set of the film Slogan (‘he is very strange-looking but I love him’), and their turbulent 12-year relationship. Illustrated with Jane’s charming drawings, this is a record of a life lived to the full.

‘I hate men . . . They’re just awful’, insists April, before breaking off her rant ‘to check whether her latest online date has messaged her’.

Having survived a series of disastrous relationships in her 20s, April now works as an adviser for a charity where she is constantly confronted with the worst of male behaviour. Yet she still believes in love, and struggles to understand why she can’t make it beyond a fifth date.

When yet another promising flirtation comes to an end, April takes radical action. She reinvents herself as Gretel: self-possessed, wholesomely sexy, and never, ever clingy. In no time at all, Gretel is having a wonderful time with her new man, Josh.

But when things turn serious, April/Gretel faces a dilemma. Holly Bourne’s latest is a sharply observed tale of modern life and love. 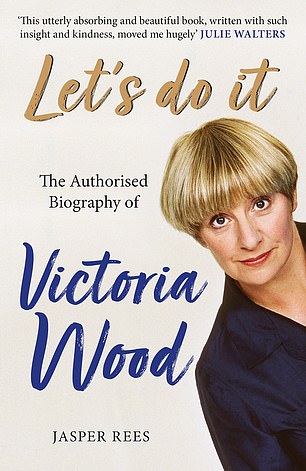 Nobody captured the quirks of Middle England more acutely, or more affectionately, than Victoria Wood.

Acorn Antiques and Dinnerladies on TV, and songs such as The Ballad Of Barry And Freda (‘Beat me on the bottom with the Woman’s Weekly’) became much-loved classics.

Yet Wood’s sparkling talent and her extraordinary versatility sprang from a lonely childhood and an early career marked by false starts.

Born in 1953, the youngest child of Stanley and Helen Wood, the family moved to a remote bungalow outside Bury, where Victoria developed a passion for reading and performing.

This authorised biography by the journalist Jasper Rees captures Wood’s complexity: the perfectionism that inspired and infuriated close friends such as Celia Imrie and Julie Walters, and the unique blend of ribaldry and melancholy that made her a national treasure.