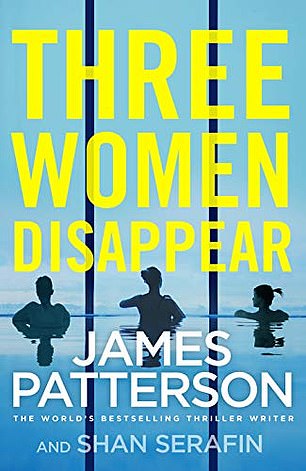 by James Patterson and Shan Serafin

Detective Sean Walsh is investigating the murder of Anthony Costello, a crooked accountant who worked for his uncle, mob boss Vincent Costello.

This is an awkward case for Sean: he was once in a relationship with Heidi Haagen — a senior detective who is now his boss.

Worse still, his wife, Sarah Roberts-Walsh, worked as Anthony’s personal chef, and is now a suspect for his gruesome murder — stabbed numerous times in the kitchen of his palatial Florida mansion.

Two other women are also in the frame: Anthony’s wife Anna, who seems suspiciously unperturbed by his death, and the Costellos’ maid, Serena.

All three have good reason to wish Anthony dead — and all three have gone missing. Patterson’s high-octane thriller, co-written with novelist and film director Shan Serafin, comes with a nail-biting bonus story, Come and Get It.

The Bass Rock is a small island in the Firth of Forth. Once used to incarcerate political and religious prisoners, the rock is a looming presence in this story of three women, separated in time, but with shared experiences of oppression.

From the opening scene, in which a child finds a woman’s body on the seashore while walking the family dog, an atmosphere of dread pervades Wyld’s novel.

Ruth, a young post-war wife brought to live in a big house on the coast, is forced to participate in strange rituals by the wolfish local vicar.

Sixty years later, Ruth’s step-granddaughter, Vivianne, is clearing the family house when she begins a relationship with a man with a wolf tattoo.

In the early 1700s, a third young woman, Sarah, is accused of witchcraft. Wyld’s ingeniously linked narratives weave a haunting tale of fear and defiance. 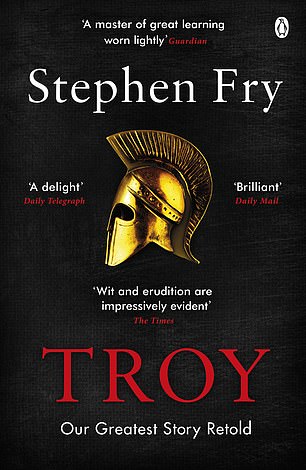 Fry’s previous books, Mythos and Heroes explored the classical tales of Greek gods and mortals. Now he turns to the events of the Trojan war, which he describes as ‘the Big Bang of story-telling’.

It is almost three millennia since Homer composed his epic poem, The Iliad.

But the story it tells — of the beautiful Spartan queen, Helen, whose abduction by the Trojan prince, Paris, ignited a deadly war in which the gods themselves took sides, continues to fascinate and move us.

Fry begins his version with the founding of Troy, before turning to the fatal kidnapping of Helen that would end with the kingdom’s destruction.

This pacy, witty retelling is beautifully illustrated, with an epilogue explaining the myths and historical reality of Troy.