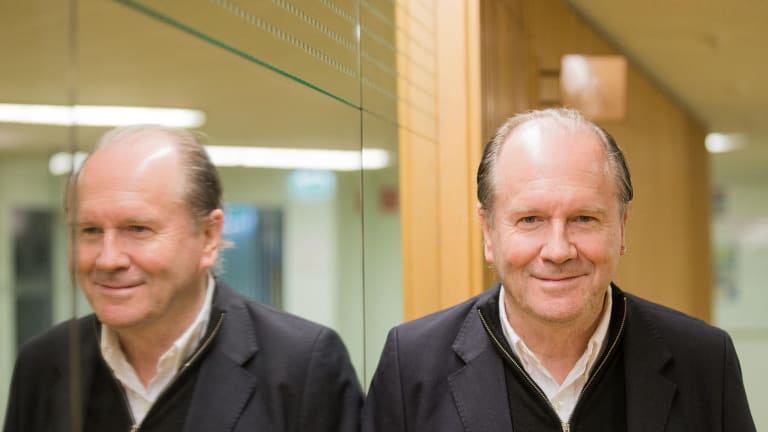 Scottish author William Boyd creates parallels and interactions that give a rich texture to Love is Blind.Credit:Alamy Stock Photo 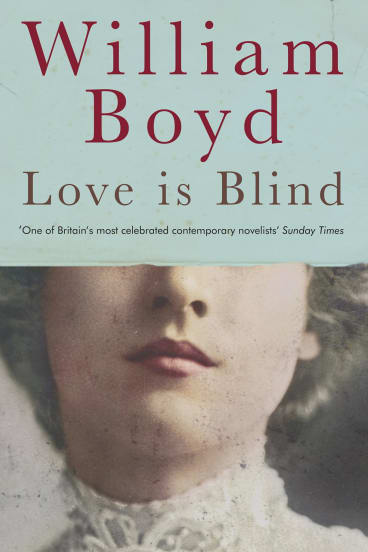 There are few contemporary novelists whose new works I approach with keener anticipation than those of William Boyd. Each grabs us from the start and keeps us riveted not just by wondering about possible outcomes but also by the sheer daringness of their story-telling modes – and by their power to unsettle as well as to absorb.

Those who have read Boyd's Any Human Heart, told in the form of a diary that simply stops when the diarist dies, or Restless, which alternates between past and present when a young woman discovers that her mother has been a wartime spy, or Sweet Caress, a fictitious biography complete with "photos", will not be expecting conventional procedures in Love Is Blind. What it has in common with those others, apart from their venturesome narrative habits, is that it is another "life story", partly disguised as a thriller but offering much more than that may suggest. And to play on the titles, there is another restless human heart that never forgets that first sweet caress.

The "life" in the new novel belongs to Brodie Moncur, an Edinburgh piano-tuner (is this a first as novels' protagonists go?), and it will take him over much of Europe in pursuit of his profession. He is sent first to the Paris showrooms of piano manufacturers Channon & Co where he raises the company's finances by a scheme to engage famous pianists to play a Channon instrument in well-publicised performances. He becomes involved with Irish concert pianist John Kilbarron and his brother Malachi, who will become a threat hanging over the rest of Brodie's life, and John's Russian mistress Lika Blum, whose sweet caresses will provide an irresistible and potentially dangerous motivation for Brodie's travels.

Love Is Blind opens with a letter written from the Andaman Islands, India, by a woman called Page to her sister in the US. She writes that "A policeman is knocking on the door", which may or may not be a harbinger of sinister happenings, and mentions in a PS. that she has a "new assistant" called Brodie. The novel then flashes back to Edinburgh 1894 when Brodie leaves to say goodbye to his family in Peebles before heading for Paris. Two relationships revealed here – Brodie's sparring camaraderie with brother Callum, and his toxic dealings with his tyrannical, boozing clergyman father – will stay in the mind when he deals with the uneasy Kilbarron brothers and when Ainsley Channon, who runs the piano firm, has to come to terms with his duplicitous son, Calder, who is mismanaging the Paris branch.

These are the kinds of parallels and interactions that give such a rich texture to the book. Uneasy dealings, unpredictable animosities at work, are complicated further by the presence of the beautiful soprano Lika. The image of the short-sighted Brodie's spectacles – bifocals, the limitations of which ironically reflect on the title – underpin the novel's concern with what can be seen clearly and what cannot. What Brodie can always see is Lika's beauty, whether in her presence or in his mind's eye when he is separated from her.

What he cannot always see are the ongoing duplicities of which he is sometimes victim and that cause him to dart from place to place; in self-protection, he also engages in duplicities of his own, largely to put Malachi off the scent. He moves through much of Europe – Paris, Trieste, Vienna, St Petersburg et al – before fetching up in the Bay of Bengal. The geographical and other manoeuvres of the plot enact both the sense of pursuit from future danger and the fleeing from the past, but these are not just in the service of a thriller's leaps and bounds. Rather, they take us inside the character of Brodie as he responds to each new environment and to the threats and inducements that are woven into the texture of his life.

Boyd famously idolises Chekhov, and though the kinetics of Love Is Blind may seem at a remove from, say, the lives being lived by Uncle Vanya or the three sisters, there is often a comparable subtlety in the ways in which he evokes distant times and places and in how these work on the protagonist. Further, Lika is, Chekhov-like, the "lady with the dog", which she gives to Brodie as a link to her when she's not there.

Brian McFarlane's most recent book, Making a Meal of It, is published by Monash University Publishing.